Sen. Rick Scott on pushback over Biden's climate plan: He 'doesn't care about your job'

There have been few other times in American history when the need for economic growth through strategic, responsible, pro-business policies has been as great as it is today. As our nation fights to overcome the horrendous health and economic consequences of COVID-19, we must balance our approach.

We have to protect American families and individuals that have been hurt by this crisis while also keeping businesses open, incentivizing future growth of businesses large and small, and standing up to our economic adversaries, like Communist China, by reshoring our supply chain back home.

The urgency with which we must act to correct course cannot be overstated. The United States government owes $27 trillion in debt, maintains a patchwork of federal regulations and policies that continue to make it more difficult for families and small businesses to chase their dreams, and is full of people who seem hell-bent on maintaining the wasteful and unaccountable status quo.

NEWT GINGRICH: SMALL BUSINESSES SUFFERING – THIS IS WHAT WE MUST DO NOW TO SAVE THEM

The situation America finds itself in is undoubtedly challenging, but it’s not insurmountable. Climbing out of this hole begins with opposing policies that will drive our nation further into debt, which will lead to increased inflation – hurting those very families we are trying to help.

Sadly, President Biden and his economic team think the solution to America’s economic woes is for government to control the economy. That’s wrong and it will only drive us more into debt, ruining the chances for our kids and grandkids to ever make it in our country. We have to remember that individuals and the private sector are the driving force of our nation’s success. Not the government.

This isn’t speculation – it’s obvious in President Biden’s choices for some of our most important leadership positions.

A case in point is Gina Raimondo, the nominee to be secretary of Commerce and former governor of Rhode Island – the worst state in the nation for business. That’s right, one of the most important positions for supporting American economic growth and innovation is going to be filled by someone who oversaw a state with the nation’s third-worst GDP growth rate, the nation’s worst infrastructure and the eighth-highest tax burden.

Even more concerning, Raimondo – who is nominated to hold the position responsible for protecting American jobs and fostering American innovation – has been embraced by the Chinese Communist Party-controlled Global Times because she wants to do more business with Beijing. Communist China steals American technology and jobs, is building up its military to compete with us and wants to destroy our economy. How could Raimondo advocate doing business with a nation that wants to see America lose?

We cannot continue to mortgage our kids’ and grandkids’ futures with irresponsible and shortsighted spending.

Raimondo is not alone. We’ve seen nominee after nominee embrace radical ideas like a carbon tax, a federally-mandated $15 minimum wage, and massive, wasteful bailouts for mismanaged liberal states that do nothing but offer forgiveness for the bad decisions of failed politicians. We know that none of these things actually help American families and they certainly don’t do anything to address our unsustainable national debt.

I know if we focus on proven policies of economic growth and cutting the burden of government on families and business we can turn this around.

In the four years before I was elected governor of Florida unemployment climbed to 10.8%, taxes increased by more than $2 billion, and the state lost more than 800,000 jobs. Over the next eight years, I worked every day to turn Florida around and we saw an incredible recovery from the Great Recession. 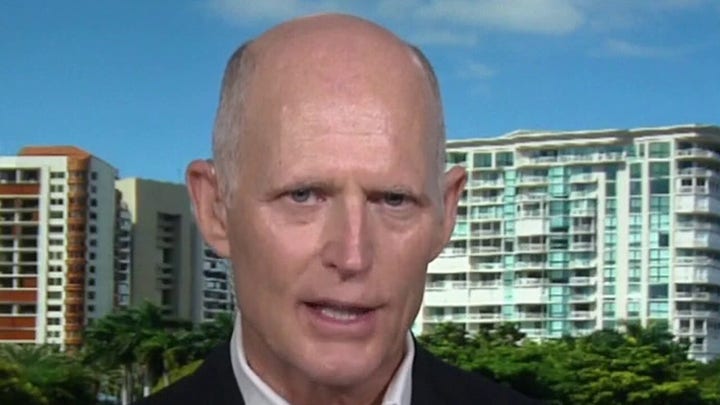 I signed nearly 100 tax cuts into law and eliminated nearly 5,400 burdensome regulations. We worked with our business community to create opportunities for growth that led to the creation of more than 1.7 million new jobs – each helping a hardworking family live their dreams in my state. Naturally, Florida became a haven for businesses and families looking for relief from high-tax states like New York and New Jersey.

Now, President Biden and his Cabinet have the important task of trying to guide an economic recovery while Democratic mayors still refuse to open up economies and keep businesses and schools shut down.

But instead of looking to Florida as an example of how to create jobs and help America’s small businesses, they are making promises to go the other direction. They have made it clear – Americans should prepare for higher taxes, lower incomes, less opportunity and more government mandates.

It’s time to get real and make hard choices. We cannot continue to mortgage our kids’ and grandkids’ futures with irresponsible and shortsighted spending. President Biden and his Cabinet picks need better answers and American families deserve them now.