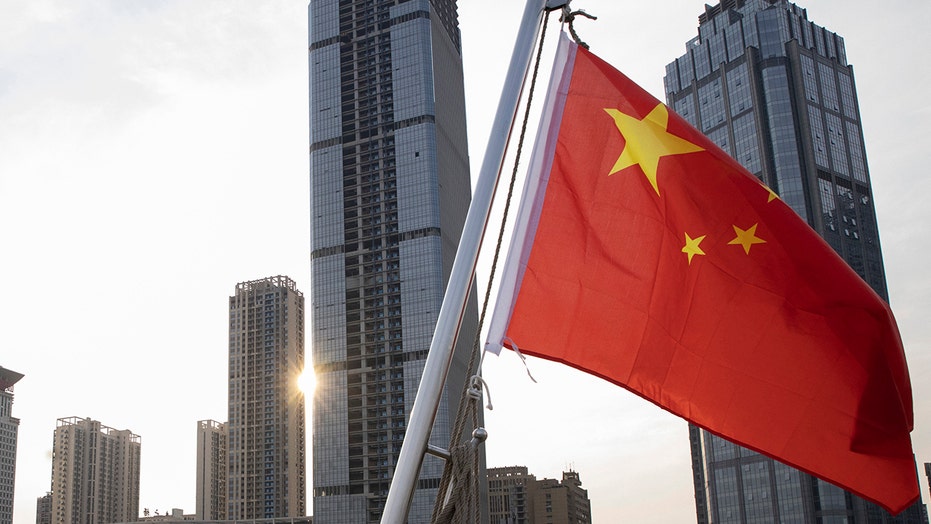 The world was a dangerous place before — and will be after — the coronavirus pandemic.

While Americans debate the proper ongoing response to the virus and argue over the infection’s origins, nature and trajectory, they may have tuned out other, often just as scary, news.

Many Americans are irate at China for its dishonest and lethal suppression of knowledge about the viral outbreak. But they may forget that China has other huge problems, too.

MARIA CASTELLUCCIO: AFTER CORONAVIRUS, THIS IS HOW SCHOOLS MUST ADAPT TO THEIR STUDENTS' NEEDS

Its overseas brand is tarnished. Importers can never again be sure of the safety or reliability of Chinese exports. They will know only that their producer is a serial falsifier that is capable of anything to ensure power and profits.

Even China’s vaunted propaganda machine that slanders its critics as racists and xenophobes no longer works. The sheer number of countries that have suffered huge human and financial losses from Chinese lying won’t believe another word from Beijing.

How will China collect its Silk Road debts from now-bankrupt Asian and African countries? Most of them are accusing China of being racist and responsible for the global epidemic that wrecked the very economies from which China planned to harvest profits.

China was beginning to lose the trade war with the U.S. even before the virus struck. Americans think that China is huge, powerful and rich. In truth, Chinese per capita income is about a sixth of America’s.

China produces only about two-thirds of the nominal gross domestic product of the United States despite having over four times as many people. Hundreds of millions of rural Chinese remain trapped in poverty.

Beijing should expect that lots of industries will return to the U.S. Thousands of Chinese students and researchers will likely go home, too. Their absorption of American science and technology was critical to Chinese industry.

China, however, will not meekly accept its new reduced post-viral status. Instead, it will act even more provocatively and desperately than ever.

Rumors have spread that China may be conducting nuclear tests in violation of zero-yield global agreements. If true, it reminds us that our adversaries are most dangerous when cornered and wounded.

Iran, battered by U.S.-led sanctions, domestic unrest, serial government lying and an inept response to the epidemic, has now sent naval vessels into the Persian Gulf to harass U.S. warships.

The Iranians concede that they could easily be blown out of the water by the U.S. Navy. But their larger intention is to goad America into getting bogged down in a Middle East standoff during the coronavirus panic — and right before the November election.

Baiting America may be a dangerous strategy for Iran, but it is running out of choices as crashing oil prices, trade sanctions and the costs of dealing with the virus have all bankrupted the country.

Iran can hardly expect help from its usual patrons — China, Russia and North Korea. China is now an international outlaw facing a severe recession. Russia is reeling from crashing oil prices. And North Korea is embargoed and broke.

How all three autocracies dealt with the coronavirus is censored. But they likely face greater internal unrest and more poverty. Expect all of them to become more provocative as the U.S. election approaches. They hope Trump will be gone in 2021, replaced by a more malleable president who can be bullied.

The United Nations has been mostly absent during the global pandemic. The two democracies that the U.N. treats the worst, Israel and Taiwan, have done superbly during the crisis — in exactly the opposite fashion as U.N. pet China.

It would have better for all had the U.N.’s duplicitous appendage, the World Health Organization, been silent as well.

WHO parroted Chinese propaganda and did its own part to delay the world’s response to the virus, costing thousands of lives and destroying trillions of dollars of economic output.

The virus won’t likely be defeated by international health organizations or U.N.-supported transnational committees. Instead, bilateral scientific cooperation between Western countries will find vaccines and antidotes, not unaccountable and subsidized international associations.

When the viral crisis began, the U.S. was facing a possible $1 trillion annual deficit, as Donald Trump followed the George W. Bush and Barack Obama red-ink legacy. The need to restore instant liquidity to the devastated U.S. economy may cause the budget deficit to hit a historic $3 trillion or more this year.

Such a staggering sum is bearable only because of near-zero interest rates and a global recession that has strangled consumer spending.

But soon the U.S. will have a rendezvous with a tough payback unless it accepts that thrifty Americans will never again receive real interest on their savings accounts and that inflation is extinct forever — both dubious propositions.

The virus may burn out, but an even scarier world continues.