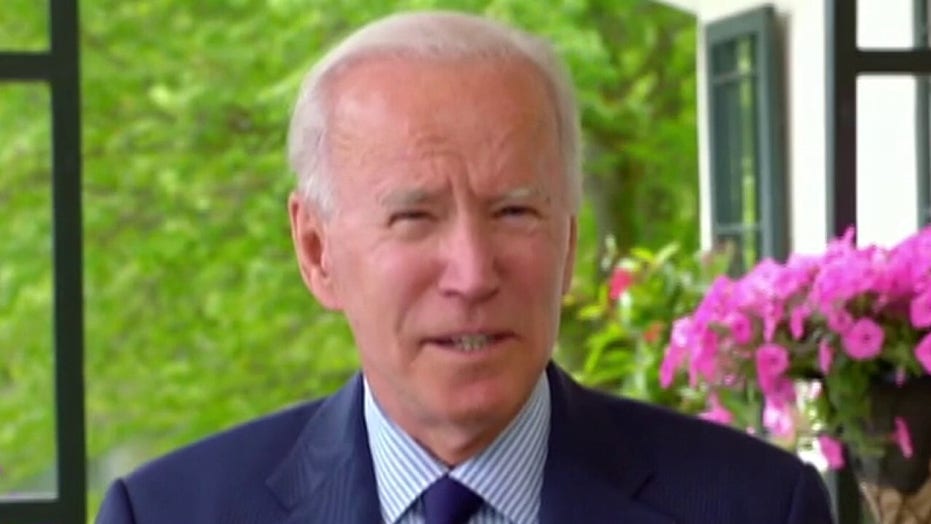 In national polling, former Vice President Joe Biden is the clear 2020 front-runner. He's up nearly five points in the RealClearPolitics polling average; he's up in Wisconsin, Pennsylvania, Florida and Arizona.

That's because Biden campaigned as the anti-Bernie Sanders: a "return to normalcy" candidate rather than a transformational one. His entire pitch relied on his high name recognition, the general perception of his likability and his unthreatening demeanor.

The coronavirus pandemic merely underscored this pitch. Biden hasn't waned in the national polling since the pandemic — his lead has been utterly consistent. That's true even though Biden has been relegated to his basement, gaffing through completely anodyne statements about COVID-19, glitching his way to a few thousand viewers at a time, being interrupted by the birds honking outside his window.

ALI PARDO: TRUMP SUPPORTS FREEDOM FOR CUBAN PEOPLE, WHILE BIDEN WOULD ABANDON US COMMITMENT TO FREEDOM

How can a major party candidate win if nobody cares whether he's even alive?

Because Biden's candidacy isn't a referendum on Biden but on Trump: President Donald Trump is widely perceived as volatile, unstable, chaotic. Biden is perceived as somnambulant. Better a sleepwalker, many voters seem to think, than the rolling chaos of a second Trump term.

Yet somehow, the Biden campaign has decided to abandon Biden's greatest advantage: his promise of a sedated interregnum.

Instead, according to The New York Times, Biden's campaign will embrace radical proposals. "With Mr. Biden leading President Trump in the polls, the former vice president and other Democratic leaders are racing to assemble a new governing agenda that meets the extraordinary times — and they agree it must be far bolder than anything the party establishment has embraced before," The Times reported.

Are Americans truly desperate for a reshaping of our medical system, a universal basic income and trillions more in debt?

Some of the new proposals are directly from the Sanders campaign: forgiving student loans, a Green New Deal, expansion of government health care, a government jobs plan, a ban on stock buybacks and compulsion toward profit sharing for corporations.

Meanwhile, former President Barack Obama explained over the weekend that the coronavirus has merely underscored deep-seated American racism that requires a complete remaking of our society. Equating disparate health and incomes between black Americans and white Americans due to COVID-19 with the shooting of black Georgian Ahmaud Arbery — and citing both as legacies of America's historic racism — Obama stated, "No generation has been better positioned to be warriors for justice and remake the world."

But do Americans really want the world remade? Or are they simply longing for the world of four months ago, when unemployment stood at 3.5 percent, when incomes were rising at the lowest end of the income scale, when Americans could attend events without fear of infection and death?

Are Americans truly desperate for a reshaping of our medical system, a universal basic income and trillions more in debt?

Biden seems to be betting on the latter. And that's idiocy of the highest order. It completely undermines his entire case for the nomination; it allows Trump to place the new radical agenda front and center, rather than his own foibles.

Biden's go-for-broke strategy is a massive opportunity for Trump — if Trump doesn't blow it.