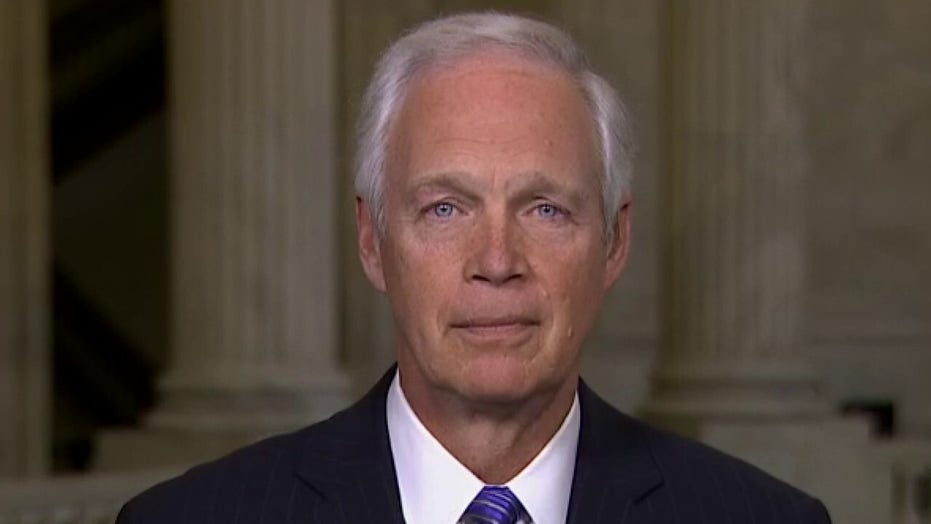 Blame-shifting. It is a Washington pastime. It also appears to be the reason why former National Security Adviser Susan Rice wrote her now-infamous memo, documenting an Oval Office meeting at which top Obama administration officials resolved to withhold Russia-related intelligence from the incoming Trump administration.

A key paragraph of Rice’s memo, previously redacted, has now been declassified and made public. Fox News obtained a copy Tuesday from the office of Sen. Ron Johnson, R-Wis., which had sought access to the document.

The memo was written as an email “to the File” as Rice was leaving her office for the last time on Jan. 20, 2017, the day Donald Trump was inaugurated.

It seems that the purpose of the memo was to shift the blame to then-FBI Director James Comey for the withholding of Russia intelligence from the Trump team.

Rice’s objective was to absolve President Barack Obama of any blame for directing that Russia information be concealed from Trump and his incoming national security team, particularly Michael Flynn, who was slated to become national security adviser.

Of course, the withholding of that information would be essential if the investigation of Trump, begun by Obama’s administration, were to continue after Trump took office.

Though written on the day Trump was being inaugurated, Rice’s email purports to memorialize an Oval Office meeting over two weeks earlier, on Jan.5, 2017. At that meeting, according to the newly disclosed paragraph in the Rice memo, Comey raised concerns about the frequency of communications between Flynn and Sergey Kislyak, then the Russian ambassador to the United States.

When pressed by President Obama about whether he was recommending that the National Security Council withhold Russia-related information from Flynn, Comey is portrayed in the Rice memo as noncommittal.

The FBI director is said to have stated that concealment was “potentially” necessary. The meeting ended with the understanding that Comey would continue to monitor the situation and get back to Obama “if anything changes.”

The implication, obviously, is that Comey never got back to Obama. That is, if Russia information was withheld from Trump – as it was – the culprit was the FBI director who was staying on, not the outgoing president whose administration investigated Trump on the baseless claim that his campaign might have conspired with Russia to steal the 2016 election.

Portions of Rice’s email had previously been disclosed, but the paragraph describing the discussion between Obama and Comey had been redacted. The paragraph was just declassified by acting National Intelligence Director Richard Grenell, who provided the now un-redacted document to Sen. Johnson.

There was no evidence that Flynn had committed any crimes.

The newly disclosed paragraph underscores the intensity of the Obama administration’s focus on Flynn, as well as the dearth of a factual or legal basis for investigating him, either as a criminal suspect or a clandestine agent of the Kremlin.

The Jan. 5 meeting took place at a critical juncture in the Trump-Russia counterintelligence investigation. The FBI had opened its probe under the codename “Crossfire Hurricane” in late July 2016. It was deemed an “umbrella” investigation of the Trump campaign, and came to include sub-investigations of four campaign officials.

One of those sub-investigations targeted Flynn, a retired Army lieutenant general and decorated combat commander, whom Obama had appointed head of the Defense Intelligence Agency – only to fire him when Flynn butted heads with Obama officials on policy.

The FBI’s counterintelligence investigation of Flynn, codenamed “Crossfire Razor,” was opened in mid-August 2016. Remarkably, Flynn – who had just published a bestselling book in which he described Russia as an adversary competing globally against the U.S. – was suspected by the bureau of being a Russian agent. By then, Flynn had joined the Trump campaign as the candidate’s top adviser on national security issues.

The Obama administration’s purported suspicions of a conspiracy between the Trump campaign and the Russian regime to conduct cyberespionage in order to swing the 2016 election to Trump were baseless.

After the presentation, Obama asked Comey and Deputy Attorney General Sally Yates to stay for a follow-on meeting with Obama, Rice and Vice President Joe Biden.

Previously disclosed sections of Rice’s memo indicated that both counterintelligence and law-enforcement considerations were discussed. The principal topic, Obama explained, was the need to consider a rationale for withholding Russia-related intelligence from the incoming Trump team.

As far as any law enforcement aspect was concerned, Rice took pains in her memo to stress Obama’s adamancy that it should proceed “by the book.”

Flynn was central to the Oval Office meeting. A week earlier, on Dec. 29, 2016, he had a phone conversation with Ambassador Kislyak, during which the topic of economic sanctions Obama had just imposed on Russia had been discussed.

It was entirely appropriate for Flynn – as the incoming Trump national security adviser – to engage in such conversations with foreign counterparts. On the call, Flynn had discouraged Russia from escalating tensions with the U.S. – just as we would want any American official engaged in foreign relations to do.

Tellingly, just a day before the Oval Office meeting, the FBI had completed a memo closing its Crossfire Razor investigation of Flynn because no evidence had been found to support the absurd suspicion that he was a clandestine agent of Russia.

Nevertheless, even though Flynn’s conversation with Kislyak had been proper, Obama officials seemed determined to use it as a pretext for extending the investigation of Flynn.

The Flynn-Kislyak conversation would also be used to rationalize withholding from Flynn and other Trump officials Russia-related intelligence – which was in the possession of the White House National Intelligence Council that Flynn would soon be leading.

With that as background, the newly disclosed paragraph Rice wrote about the Comey-Obama discussion is illuminating.

It begins: “Director Comey affirmed that he is proceeding ‘by the book’ as it relates to law enforcement.” The emphasis on law enforcement relates to potential criminal prosecution, as distinguished from counterintelligence, which is about gathering information about foreign powers, such as Russia. In that light, one wonders what “book” Comey and Obama had in mind.

There was no evidence that Flynn had committed any crimes. Consequently, as shown by documents recently disclosed by the Justice Department, Comey was reduced to discussing the possibility that Flynn might have violated the Logan Act.

The Logan Act is a moribund, unconstitutional 18th-century prohibition against unauthorized diplomacy has never been used in a successful prosecution, has not been invoked since before the Civil War, and has never been the subject of an indictment in the 150-year history of the Justice Department. There could be nothing “by the book” about a law enforcement investigation of a purported Logan Act violation.

According to Rice, Comey then moved on to “a national security perspective” – a reference to the counterintelligence probe. Again, it turned out that the FBI director had no concrete grounds for suspicion.

Comey said he had “some concerns that incoming NSA Flynn is speaking frequently with Russian Ambassador Kislyak.”

Even if this were true, the number of contacts would be irrelevant – especially for an incoming national security adviser – as long as nothing nefarious was discussed. On that score, Comey had no disparaging information, even admitting that he had “no indication thus far that Flynn has passed classified information to Kislyak.”

On top of that nothing, Rice says the FBI director piled more nothing, observing that “the level of communication is unusual.”

It is not unusual, however, for one of a new administration’s top foreign relations officials to engage at that “level of communication” with foreign counterparts. Kislyak, moreover, was a notoriously ubiquitous Washington figure, who rubbed elbows constantly with U.S. government officials and other diplomats.

Thus, Rice claims, when Obama asked whether Comey “was saying that the NSC should not pass sensitive information related to Russia to Flynn,” Comey could only respond by saying “potentially.” That is, there was not a solid basis at that point for restricting Flynn’s access.

The meeting is said to have concluded with the understanding that Comey would report to Obama “if anything changes in the next few weeks that should affect how we share classified information with the incoming team.”

Rice, to repeat, was writing on Jan. 20, 2017 about what supposedly happened on Jan. 5. She includes no indication that Comey ever reported back to Obama. We are left to understand that nothing about withholding Russia intelligence was really resolved at the meeting, and to assume that nothing happened afterward that would have caused President Obama to do anything further.

Translation: If it came to pass that Russia information was withheld from President Trump, National Security Adviser Flynn and the incoming Trump team, blame Comey.

Of course, the palpable reason for concealing Russian intelligence from the new president and his national security team would be to obscure the fact that the Obama administration had monitored the Trump campaign and planned for the investigation to continue even after Trump took power.

That is not something an FBI director could have pulled off on his own. Counterintelligence investigations, after all, are done for the president.