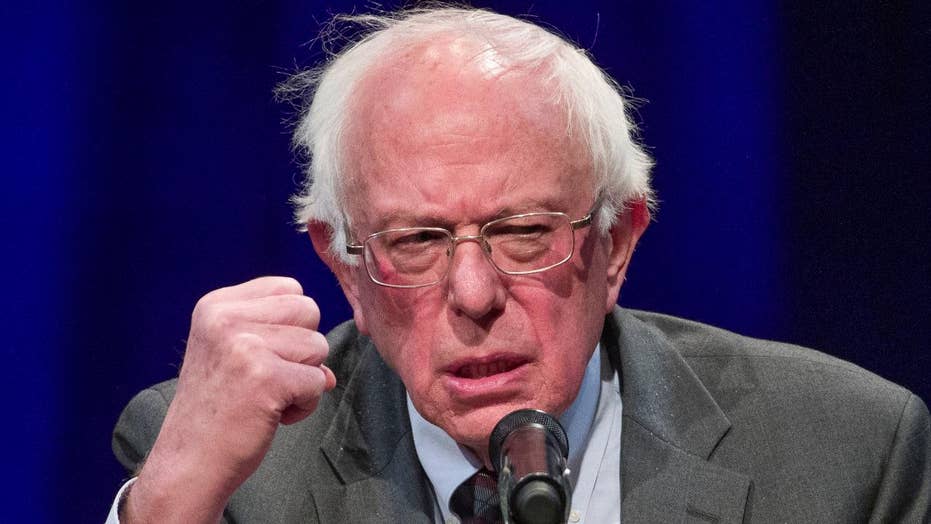 Sen. Bernie Sanders, the independent from Vermont who labels himself a democratic socialist, announced Tuesday that he is running for the Democratic presidential nomination again.

Sanders hopes there are some embers left to fan from his 2016 losing campaign so America can once again “feel the Bern.” But this time, the climate is very different.

Three years ago I joined a friend at a Bernie Sanders rally in Iowa. I distinctly remember how a hush came over the large crowd as Simon and Garfunkel’s “America” started to play.

Members of the raucous audience – made up mostly of millennials – fixed their gaze on the campaign video that accompanied this 1960’s folk ballad. As I looked around, I noticed many dabbing tears from their eyes because they were so moved.

The video showed images of everyday Americans doing everyday activities in everyday towns. Yet it inspired a sense of hope and possibility from the people in the room. They came looking for someone who could offer solutions to their problems of student loan debt, low wages and high health care costs.

But some Democrats are exacerbated by Sanders’ return, lamenting that the 77-year-old senator should support younger candidates instead of running himself.

This enthusiasm catapulted Sanders to come with a half-point of defeating Hillary Clinton in the Iowa caucuses. Suddenly, a movement was born.

Sanders won 23 Democratic primaries and caucuses in states, territories and the District of Columbia, compared to 34 for Hillary Clinton. But Clinton won the nomination with 2,842 delegate votes compared to 1,865 for Sanders.

Sanders’ strong showing was a surprise. He had been in Congress since 1991 and had always identified as an independent who caucused with the Democrats. Few expected this backbencher, who was considered a fringe candidate by many in the media and politics, to claim center stage.

But the 2020 race for the Democratic presidential nomination is already shaping up to be very different from 2016.

Unlike 2016, when Hillary Clinton was the frontrunner for the nomination even before she announced her candidacy, the 2020 Democratic primary field is a crowded one without a clear leader at this very early stage.

And many of the self-styled progressives are championing issues like “Medicare-for-all” and a Green New Deal. Sanders wants to remind voters he was there first.

In his 2020 campaign launch video, Sanders clearly tried to send the message that he is the one responsible for bringing these kind of polices into the national debate.

The subtext of the video – to me at least – was that Sanders is the real deal and everybody else is simply jumping on his bandwagon.

Yes, candidates like Democratic Sens. Cory Booker of New Jersey, Kamala Harris of California and Elizabeth Warren of Massachusetts have embraced single-payer health care and tuition-free higher education. But it is Sanders who started this movement.

Sanders entry into the 2020 race certainly complicates matters for those who have been tripping over one another to move farther and farther left.

Now that Sanders is running, these progressive candidates will have to answer to why they are better suited to complete the revolution than the man who started it.

Sanders has credibility because he has been consistent in his commitment to more progressive positions. Importantly, he has national name recognition and an existing fundraising network. His campaign reported raising $1 million in the first four hours after he announced his candidacy Tuesday morning.

But some Democrats are exacerbated by Sanders’ return, lamenting that the 77-year-old senator should support younger candidates instead of running himself.

Sanders’ lack of party allegiance also remains a sticking point for Democrats who see him as an opportunist who uses the party infrastructure when it suits him and shuns it when he doesn’t need it.

How will Sanders impact the 2020 landscape? Will he be able to consolidate the progressive grassroots and fundraising channels enough to force other candidates to drop out and go on to win the nomination himself next year?

Kamala Harris is at least one candidate who seems to be trying to draw a contrast with Sanders by saying she is not a democratic socialist.

I think Sanders’ addition to the field is likely to further fracture the Democratic primary electorate, opening up a path for a more moderate candidate to win the nomination.

Sen. Amy Klobuchar, D-Minn., seems to be honing in on this opportunity by labeling herself as a pragmatist in town hall broadcast by CNN Monday night.

Should former Vice President Joe Biden or Sen. Sherrod Brown of Ohio enter the race for the Democratic presidential nomination they’re also well-positioned to bring a commonsense message to Democrats seeking refuge from the chaos among the progressive candidates.

The more centrist Democratic candidates will argue that they could pick up more votes from independents and Republicans disillusioned with President Trump in the general election than the Democrats on the party’s far left could capture.

And winning the White House, after all is what the race is all about – not simply winning the Democratic nomination.

What makes politics interesting is that there are so many unknowns and the outcome of races is never certain, especially now with so many candidates at the opening stage of the 2020 presidential nominating contest.

Stay tuned for a campaign guaranteed to bring plenty of surprises.