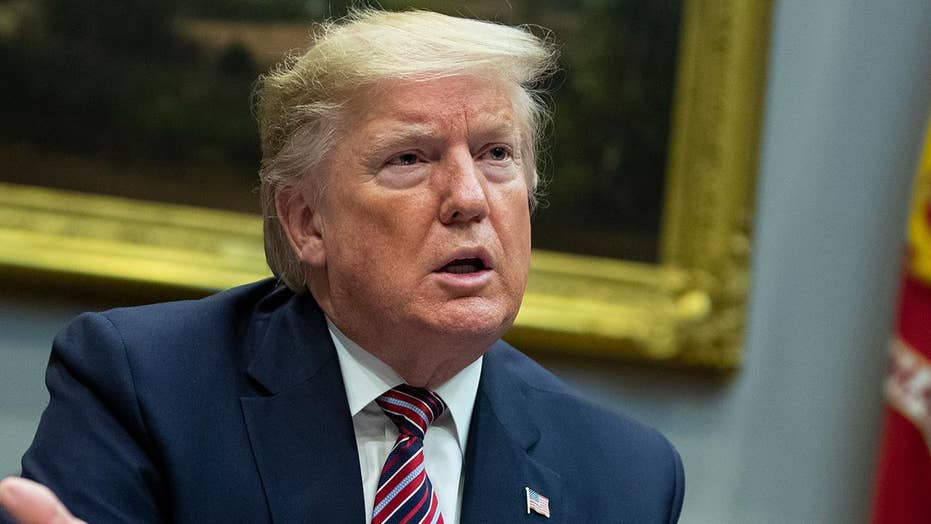 Trump delivers for US economy despite impeachment battle

Paul Krugman of The New York Times has posited a theory: Red states cause depression and suicide.

In a column titled "America's Red State Death Trip," Krugman wrote: "In 1990, today's red and blue states had almost the same life expectancy. Since then, however, life expectancy in Clinton states has risen more or less in line with other advanced countries, compared with almost no gain in Trump country. At this point, blue-state residents can expect to live more than four years longer than their red-state counterparts." On this basis, Krugman blasts Attorney General William Barr, who suggested this year that militant secularism lies behind rising mortality in the United States. Instead, Krugman suggested that "these evils are concentrated in states that voted for Trump, and have largely bypassed the more secular blue states."

Krugman's analysis is deeply flawed. It is flawed because it is far too simplistic. First off, states are not good proxies for political viewpoint within states, which would be far more telling: Texas encompasses both Austin and Lubbock, for example. Secondly, Krugman links 2016 voting patterns to 1990 data, but some of the states hit hardest by the opioid epidemic shifted over that same time frame from blue to red (e.g., Ohio, West Virginia and Michigan), demonstrating that voting may have resulted from distress, not the other way around. But more importantly, Krugman assumes that conservatism presages lower life expectancy, rather than that those in lower-income rural areas are turning toward conservatism as a result of the social liberalism pushed forward by the left.

This analysis, as it turns out, is false. The reality is that broad trends over time point to the fact that low-income Americans have been disproportionately affected by the rise of social liberalism: the decline in religiosity, and the concomitant collapse of church and other social institutions have undermined precisely the same people who have been hit hard by the economy. Charles Murray pointed out this phenomenon in his book "Coming Apart" nearly a decade ago: America has bifurcated between more highly educated, higher-income Americans (Murray labels them residents of Belmont) and less educated, lower-income Americans (Murray labels them residents of Fishtown).

This holds true regardless of race. And contrary to popular opinion, those who are less educated and lower-income, particularly in the white community -- the base of support for President Trump -- have been disproportionately affected by the excesses of social liberalism. Between 1960 and 2010, the marital rate among Belmont whites ages 30 to 49 declined from 94 percent to 84 percent; the marital rate among Fishtown whites declined from 84 percent to 48 percent. Similarly, single motherhood increased from 1 percent of Belmont white college-educated women in 1970 to less than 6 percent in 2008; for Fishtown women, that number skyrocketed from 6 percent to 44 percent.

Most tellingly, secularism increased for both groups but far less among Fishtown residents (from about 29 percent in 1972-1976 surveys to 40 percent in 2006-2010 surveys) than Belmont residents (from 38 percent to 59 percent). In other words, the wages of social liberalism take a deeper toll on those who require more from social institutions, both economically and culturally. Denizens of The New York Times are far less likely to have children out of wedlock than the supposed religious fanatics they oppose -- but they're also likely to push both governmental and social policy designed to promote single motherhood, for example. They don't pay the price of the policies they push.

Good decision-making and robust social institutions have a lot to do with life success. Promotion of bad decision-making and decay of key social institutions in the name of personal freedom may seem liberating to elitists like Krugman, but there are consequences for those who don't draw six-figure paychecks from Manhattan newspapers. Disdaining those who live in red states as victims of their own conservative backwardness isn't merely inaccurate; it's doubling down on stupid.