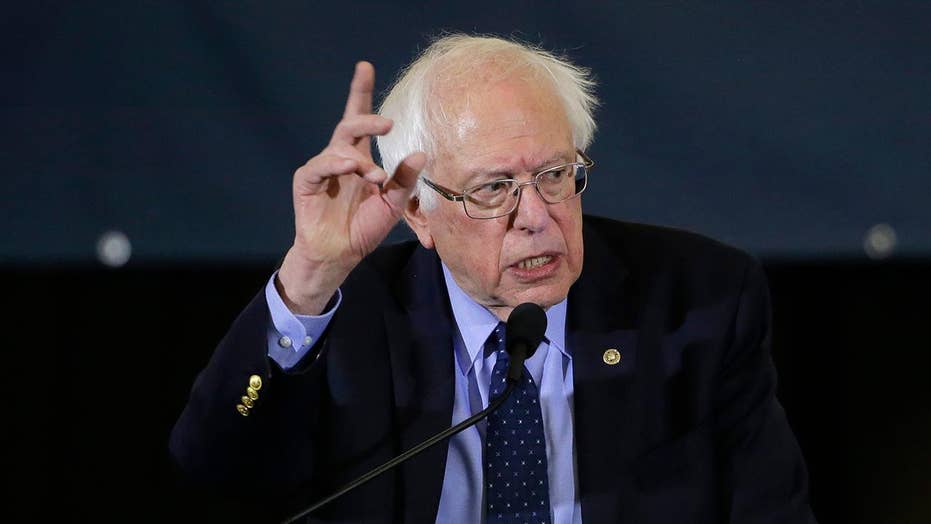 2020 Democrat hopefuls weigh in on the Mueller report findings.

Trump opponents are trying to keep the focus on the Russia investigation as the White House seeks to move on; Peter Doocy reports from Washington.

In the words of Cheri Oteri’s famous "Saturday Night Live" character, everyone just needs to “simmer down now.” Republicans – President Trump included – have already jumped the shark by claiming the Mueller report exonerated the president (which it specifically stated it did not). Meanwhile, Democrats are attempting to draw conclusions based on the very few details released in Attorney General William Barr’s Sunday memo.

The bottom line is, we don’t really know a whole lot more today than we did on Friday. In fact, one nuance that has been lost is the difference between someone being exonerated, and a prosecutor concluding he may not have all the evidence needed to ensure a conviction.

TRUMP DIDN'T 'WIN' AFTER MUELLER'S REPORT – HE IS NOT ABOVE THE LAW, THERE ARE MANY MORE INVESTIGATIONS AHEAD

The only solution that can provide “complete vindication” – which the Trump camp is already claiming – is releasing the full report.

As I have said before, the president and his allies should be the most vocal in demanding its release. An innocent man would not want voters to have any doubt whatsoever. If you’re going to embrace Director Mueller’s findings, embrace them fully without any reservation.

I suspect that’s not where the president is, however. Why? Because he knows what Mueller knows, and he knows that if it becomes public, it could be a problem for him. Heck, the little bit we already know, like the June 2016 meeting between the Trump campaign and Russian spies in Trump Tower – is damning enough.

When the president’s own hand-picked attorney general, who has publicly stated his opposition to the Russia investigation, is forced to say the investigation doesn’t exonerate the president, it’s clear there’s more we need to know.

Releasing the report is not just about President Trump’s guilt or innocence; we also need to know exactly how Russia interfered in the 2016 elections – which leaders of both political parties agree it did – so that we can devise solutions to prevent any foreign adversary from undermining our democracy in the future.

With so much at stake – questions surrounding a president’s cozy relationship with Russia and the sanctity of future elections – it is irresponsible to simply rely on a four-page memo about a nearly two-year investigation as we jump into our partisan corners and beat up the other side.

Ninety percent of Americans want to see the full report, and they should be allowed to do so immediately. The sooner we can see the report, the sooner our country can be at peace, and the sooner President Trump can apologize to Mueller and our nation’s law enforcement for trashing them for the last two years.