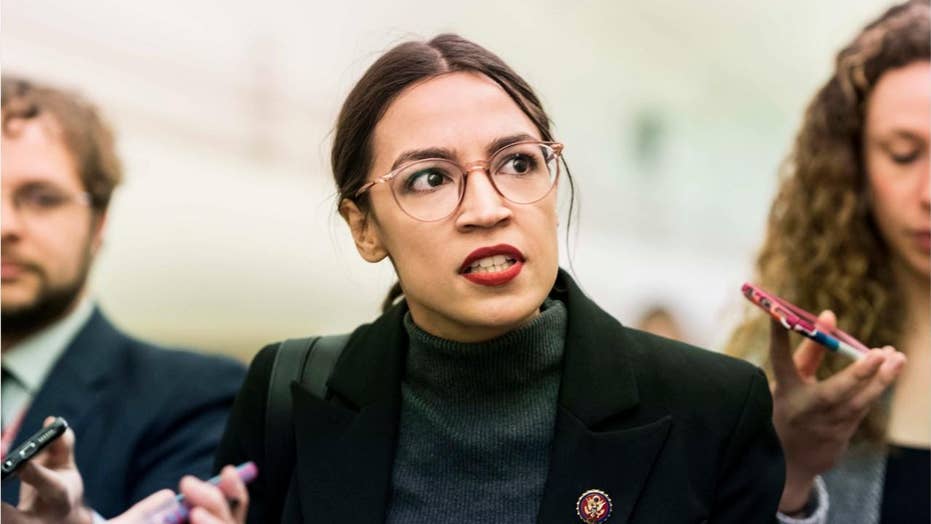 In May, Netflix will release a documentary that follows four progressive, female candidates trying to overtake the Democratic establishment during the 2018 midterm elections.

As an economic system, socialism has an unmatched record of human misery. Yet as a product sold in capitalist America, socialism is a raging success.

Witness Wednesday's Netflix release of "Knock Down the House," a film that features a glowing portrait of socialist Alexandria Ocasio-Cortez and her socialist ideas.

Netflix paid a record $10 million for the rights to this documentary. It’s executive produced by Regina Scully, whose hedge fund manager husband John owns a $400,000 model train set in their East Hampton summer mansion that boasts a 2,200 square foot basement.

Keep in mind the film's initial budget was $28,111, raised on Kickstarter. Talk about a return on investment.

LIFESTYLES OF THE RICH AND SOCIALIST: AMERICAN CELEBS WHO BLAST CAPITALISM WHILE MAKING MILLIONS

Then there's Netflix itself, one of the greatest capitalist stories of this generation. Netflix has upended a stale and expensive cable television landscape characterized by 20 minutes of commercials per hour of sanitized programming.

Netflix now has about 62 million U.S. subscribers, and last year it surpassed cable viewership for the first time. Its founder, Reed Hastings, is worth $4 billion. The U.S., with its free market economy, is the only country in the world where his disruptive vision could succeed.

I don't begrudge anyone for selling a product -- without force, fraud, or cronyism -- that makes money. (Even if socialism should come with its own Consumer Protection Bureau warning.)

If even socialists can't live by the courage of their convictions, they demonstrate -- more clearly than any intellectual argument about incentives or prices -- the folly of this economic system.

Perhaps the funniest recent example of this cognitive dissonance is Bernie Sanders' pride in becoming a millionaire by publishing a book advancing his socialist worldview.

When asked at a recent Fox News town hall why he -- as the vanguard of the movement to raise taxes on the wealthy -- doesn't volunteer to pay more tax on his high income, he stumbled and bumbled. "If you write a bestselling book, you can be a millionaire too," he quipped.

Meanwhile, Ocasio-Cortez lives in a ritzy apartment complex in a trendy Washington neighborhood. Wouldn't a real socialist sleep in her Congressional office, like some other members, and let a D.C. resident in need take her coveted apartment spot?

Ocasio-Cortez also urges public transportation use and criticizes capitalist Uber, yet her campaign spent $29,000 on ride-hailing services since May 2017. I guess for them, it's socialism for thee, but not for me.

While it's true that "Knock Down the House" filmmakers (and presumably Netflix as well) are in for a big payday, their entrepreneurship also contributed to hundreds of jobs for middle-class workers such as camera operators, grips, sound technicians, makeup artists, graphic designers, and film festival ushers.

These paychecks would be fewer and farther between if Ocasio-Cortez, Sanders, and other socialists get their way. The sky-high marginal income tax rates, wealth taxes, and financial regulations they crave would mean fewer film projects and other major job-creating investments receive funding. Socialists and Democrats slam this dynamic as "trickle-down economics." But it's just common sense.

Karl Marx T-shirts and socialist manifestos will always sell in America, but this is a testament of capitalism, not socialism.