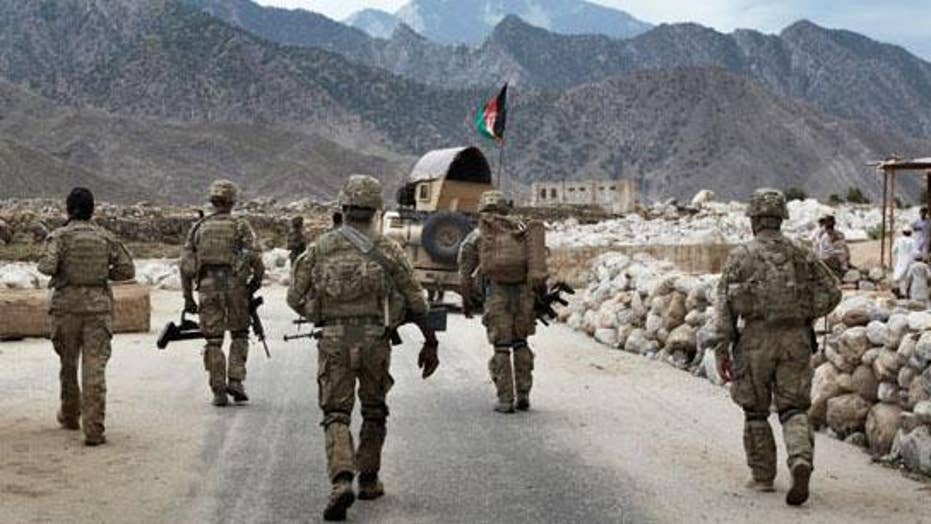 President Trump, like his predecessors, relies on the judgments of the U.S. intelligence community and his military advisers to make critical decisions on a wide range of national security issues, including Afghanistan, Iraq, North Korea, Russia and China.

But how are intelligence assessments and options developed for the president to consider?

Conducting overseas espionage in war zones or challenging environments like Beijing and Moscow can involve a fair amount of risk, danger, and excitement but without the Hollywood glamor so prevalent in “Mission Impossible” or “The Americans.”

Let me share with you a bit of what I learned during my 30 years in the U.S. government, the bulk of which was spent as a CIA intelligence officer serving overseas.

Intelligence is collected by many people from many sources: Despite using sophisticated electronic devices to gather information, the intelligence community continues to rely first and foremost on intelligence officers collecting information from people. This is called human intelligence, commonly referred to in the trade as HUMINT.

Gathering HUMINT is a group activity relying on many sources – not the product of a lone wolf spy who collects information and reaches accurate conclusions with little or no assistance at a rapid-fire pace.

HUMINT forms the basis of analysis that the president relies on to make foreign policy as well as tactical military and strategic decisions.

The process is dynamic and relies on logical reasoning to put a clear picture together out of a mass of information. It’s not about something as simple as “connecting the dots” but a far more complicated challenge to construct history and predict likely outcomes.

Intelligence successes occur when collection of information is effective, analysis is accurate and executives make the right decisions.

One of the greatest intelligence successes in American history enabled the peaceful resolution of the Cuban missile crisis. Analysts combined highly protected HUMINT with photos from U.S. aerial surveillance to produce the superior analysis, which enabled President Kennedy to avert nuclear war.

Intelligence collection is not clear-cut and certain: Putting together an intelligence assessment can be like putting together a complex jigsaw puzzle – only you have to wade through a huge pile of pieces that are not even part of the puzzle and sometimes many of the pieces you need are missing.

Because so much information is not available and because unverified and sometimes incorrect information is also collected, the best executive decision-makers rally analysts from many different backgrounds and viewpoints to evaluate raw intelligence. As a result, the president receives multiple interpretations from different analysts about what the raw intelligence reveals.

The president is well-served by hearing these different interpretations and the sometimes heated debate that ensues about the situation on the ground and actions he should take. This is a key tool in the president’s arsenal for ensuring the ultimate decision best serves our national security interests.

If intelligence analysts tell the president only what he wants to hear to support his preconceived views – and not what he needs to hear – they are not serving him or the nation well.

Only in rare circumstances is the intelligence community able to present the president with an intelligence analysis that does not involve some degree of uncertainty. The best consumers of intelligence are comfortable weighing the key factors and making the best decision among many options with imperfect information.

For example, President Obama authorized Navy SEALs to raid the compound in Pakistan where Osama bin Laden was hiding, resulting the death of the Al Qaeda leader. There was significant intelligence collection to give our analysts a high confidence that bin Laden was in the compound, but there was no conclusive proof.

Understanding what caused the adversary to adopt a new plan would be what we refer to as an intelligence gap, which would require additional intelligence collection.

As a result, the president needs be able to respond to new information. He should avoid twisting the intelligence analysis to fit existing policy. Instead, he should use new intelligence to challenge previous assumptions and help drive foreign policy decisions, even if the ship of state must make a 180-degree turn.

For example, realizing the existing strategy was failing to contain the Sunni insurgency in Iraq, President George W. Bush relied on intelligence to challenge policy assumptions and order the 2006 Iraq surge in troops. The new counterinsurgency strategy that President Bush adopted successfully drove a wedge between Sunni tribes and Al Qaeda.

In the same way, President Trump recently authorized more troops to Afghanistan without providing any withdrawal timetables – after stating during his presidential campaign that U.S. forces should withdraw. He effectively challenged his own assumptions based on the intelligence and analysis he received after taking office and swiveled Afghan strategy in a different direction than he had previously planned.

Navigating the complicated Afghan battle space demands nothing less than the rigorous strategy policy process, which the administration deftly applied to Afghanistan and is a best practice model for dealing with the myriad of other threats to our national security as well.