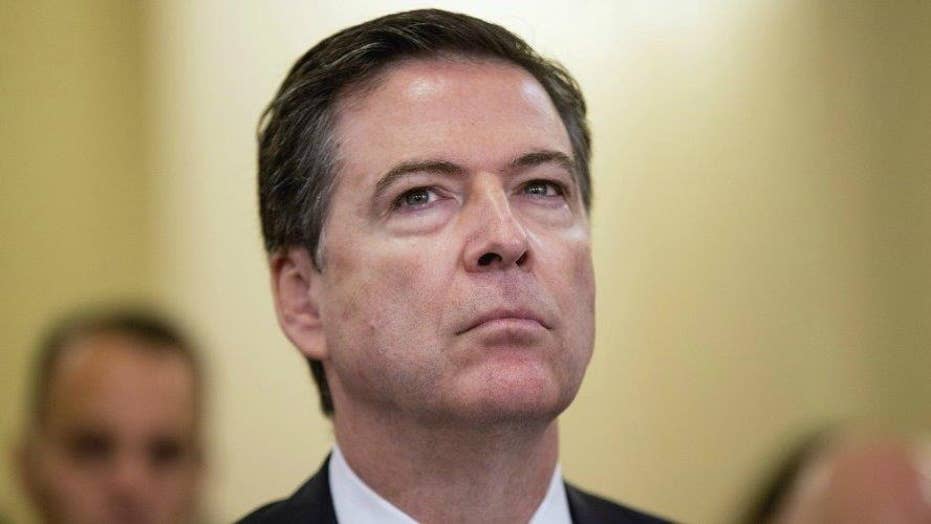 How revealing are Comey's prepared remarks on Trump?

While I disagree with the current White House staff on just about everything, it’s impossible not to empathize with them about the scandal train wreck they confront. Having worked on scandals in the Clinton White House, I know what it’s like to face a scandal with which almost all the staff had nothing to do. A scandal that is sapping their morale and hindering their mission. In that spirit of empathy, I offer them five rules to minimize their pain and danger.

First, trust your friends but not Marc Kasowitz. You probably already feel like you’re in trench warfare. Well, you are, so trust your platoon mates. Kasowitz, however, isn’t one of them. He’s Donald Trump’s personal lawyer; he’s not in this for you. He has one job – to prevent the President from getting impeached or indicted. He doesn’t have attorney-client privilege with you, and there’s no possible claim of even executive privilege because he doesn’t work for the government. Thus, what you say can and may well be used against you.

Second, focus on what you came to do. Leave the scandal to the few scandal managers there are in your White House, and concentrate on the policies you came to implement. Whenever there was a particularly bad day on the Clinton scandal patrol – and there were a few – nothing was better than walking in the White House, taking it in, and just appreciating where I worked. I went to the White House to work on investigations, and I remember the toll they took on me, let alone on those who came to work on policy.

Third, don’t keep notes, especially of meetings. If you see someone in a meeting that’s taking notes, stop talking and don’t say another word in the meeting. Notes can be misinterpreted by the FBI months later when agents are poring over them. You yourself will forget what the context was for those notes, and who said what and why. Just don’t keep them. If you must take notes, establish with the White House Counsel that your practice and pattern is to regularly (hourly, daily) deposit your notes in a burn bag and wish them well.

Director of National Intelligence Dan Coats just testified before Congress on Wednesday that he doesn’t keep notes – if he can safeguard our homeland without relying on them, so can you. But if you do keep them, make sure you’d be fine seeing them on cable news or on a Russian hacker’s computer screen.

Fourth, don’t use email for work. Let me say that again – don’t use email for work. Emails are notes. Emails are your hastily drafted missives sent without remembering that they can end up in the laps of FBI agents, television news correspondents, or Russian hackers. If I can work on the impeachment, campaign finance, technology transfer to China, and other investigations without email – and I did, as did everyone who worked in the White House before the invention of emails – you can do your job without it, too.

Fifth, keep your head down and do your job. Let other people get famous. Unless, of course, you want to get subpoenaed or hauled before Congress.

Notoriety is great for post-White House work, but it’s a powerful attractor for scandal pain.

Notable White House staff are targets – from other staff and from political opponents. Want to make the front page? Go ahead. But the day you make it, get a flack jacket and a lawyer on retainer. You’ll need them.

Good luck. If you follow these tips, you won’t need it.

Adam Goldberg served as Special Associate Counsel to President Clinton from 1996-1999. He is co-founder of Trident DMG, a crisis management and strategic communications firm. You can follow him on Twitter at @AWGoldberg.