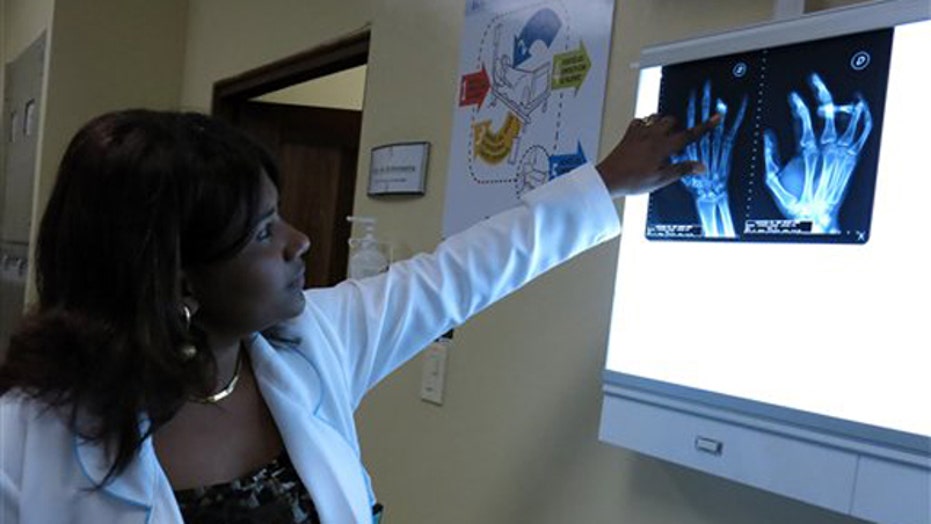 ObamaCare exposed already as a disaster?

ObamaCare is poised to “destroy the foundation of the 40 hour work week that is the backbone of the American middle class.” And that’s the president’s supporters talking.

The dire warning came last month in a letter from three of the nation’s most influential union bosses to Democratic leaders in Congress.

Specifically, they noted, “the law creates an incentive for employers to keep employees’ work hours below 30 hours a week, and many of them are doing so openly. The impact is two-fold: fewer hours means less pay while also losing our current health benefits.”

The White House maintains that such concerns, originally raised by analysts at The Heritage Foundation and elsewhere before ObamaCare was signed into law, are purely chimerical.

Those news reports of employers cutting workers’ hours to escape the ObamaCare mandate?  Not to worry, the administration says soothingly, it’s merely “anecdotal.”

Yet anecdotal reports are becoming increasingly frequent—indicating that a wave of reductions in workers’ hours may well be in the offing.

For example, reporters from NBC recently interviewed nearly 20 employers around the country, from fast-food franchises to colleges, and found that “almost all said that because of the new law they’d be cutting back hours for some employees.”

This is just the latest piece of evidence indicating that ObamaCare is unfair, unaffordable and unworkable. Consider some other recent news items:

The problems with ObamaCare are very significant, very widespread, and very real. The president can remain in denial if he wants, but the stakes are too high for Congress to bury its collective head in the sand. With an ObamaCare “train wreck” heading down the track it is still not too late for Congressmen and Senators who originally voted for ObamaCare three years ago to now repent and repeal.