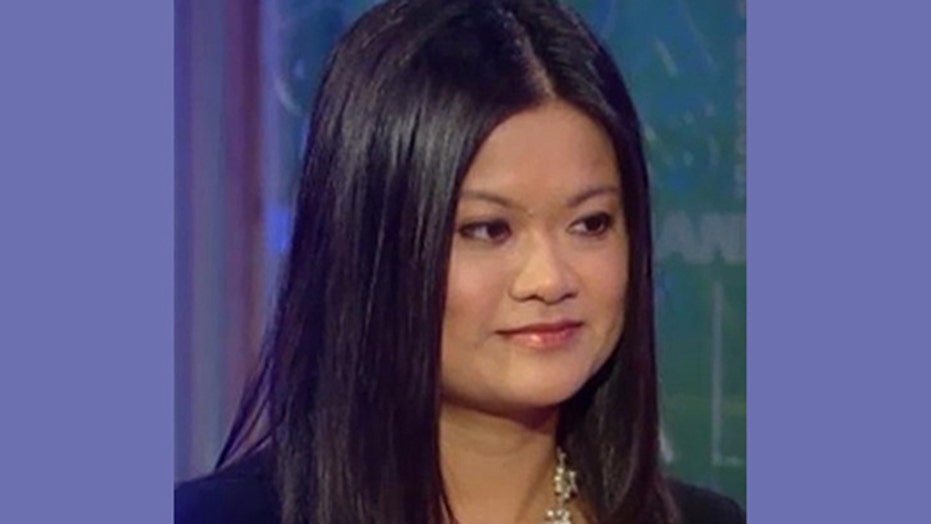 The middle-aged woman representing the American Consulate in Guangzhou, China, said something in English. We could not understand, so we turned to her colleague. He looked Chinese and was supposed to be her translator, but he only spoke our language haltingly. My father tried to help with what little English he knew, which consisted of not much more than “how are you” and “thank you.” My brother and I sat quietly and played our part as the well-behaved children of aspiring immigrants to America. My mother looked on nervously.

We lived in China’s third largest city. Chairman Mao had passed away nearly ten years ago but the stench of his failed totalitarian policies was still everywhere. We lived in an apartment that had no running hot water, no refrigerator, no telephone and no modern toilet facilities.

We applied for immigration to the United States soon after China re-opened its economy to the world in the late 1970s. Now, after about four years of waiting, we had finally gotten to “the front of the line.” But on this day, it was not going to be good enough.

After a few rounds of back and forth, the Chinese-looking man informed us that we would not be going to America, at least not yet. My mother started crying right on the spot. The middle-aged American woman shifted uncomfortably in her seat.

My mother was born in a dusty and impoverished Indonesian town in the first half of the 20th century. She had disclosed her birthplace when my family first applied for immigration to the United States, and the Consulate accepted the relevant paperwork she provided without raising any objections.

But the Chinese-looking man and his colleague wanted the additional documentation now, and they spoke as if what they sought was easy to obtain. They instructed us to get affidavits from friends and neighbors in Indonesia who could attest to my mother’s place of birth. They were not swayed when we informed them that we knew no one in Indonesia anymore.

My mother left Indonesia for China when she was 10 and escaped one poor country for another. She never returned.

Now that our family wanted to leave China for America, America would not let us, unless we delivered the affidavits its consular officers demanded.

Since we believed that immigrating to America was a privilege, not a right, we did what America asked of us and tried to obtain the impossible.

My mother searched her memory for anyone she could have known who still lived in Indonesia. She sent telegrams to individuals whose names she could barely remember and to addresses she knew were likely no longer valid.

Our family bought expensive gifts for acquaintances who might travel to Indonesia, begging them to help us find our old friends and neighbors.

In the end, we found nothing and no one. After each failed attempt—and many times in between, I saw my mother cry quietly in the living room.

Everyone we knew in China wanted to leave for America, and everyone who could leave had already left.

The backwardness of China’s economy and the lingering cruelty of its policies from decades past were all reasons that fueled our desperation. For my parents, perhaps the biggest reason to leave were their two children, one in elementary school and one in junior high, who barely understood the stakes involved.

We pursued our fruitless efforts to extract affidavits from Indonesia for months, and seeing that we were getting nowhere, the American Consulate finally relented. We were informed that if my mother could obtain affidavits from her siblings attesting to her birth in Indonesia, then America would consider that to be sufficient proof.

Yet collecting the relevant affidavits from my mother’s siblings turned out not to be trouble-free. Two of her siblings lived in Hong Kong, so we wrote letters beseeching them for their help. They encountered scheduling problems and one had health ailments that kept her from attending to our request. A simple task that could have taken a few weeks dragged on for about nine months.

We waited, wondering if our wait would ever end.

It did end, and after what appeared to be an eternity. When the affidavits were finally signed and delivered to the Consulate,. America in turn granted its formal approval of our immigration application, and we rushed to meet her, excitedly and legally.

This was how my family came to America.

We did not disrespect U.S. borders, even though our dreams for a better life were no less desperate than many of those who are now illegally in this country.

Instead, we waited, filled out every form and followed every rule.

We did not believe that we should show up here illegally, and then once we were here long enough, demand that America grant us legal status or even citizenship-- simply because we were already here and too many others have come here illegally just like us.

We could not have known that we would have a U.S. president who likes to dole out government goodies to win an election, even when one of those goodies include is the precious commodity of the right to live and work in the United States.

We could not have expected that the Republican Party would fold like a cheap deck of cards as soon as they saw the cost of not engaging in the same type of racial pandering and political giveaway.

We certainly did not think that we were entitled to the generosity and kindness of the American people, who simply do not have the stomach to break up families and deport millions of people who had violated U.S. laws.

So, we chose the path that we chose.

In the years since our arrival in America, after we became U.S. citizens, we attempted to bring to America my aunt in China whom we loved dearly. By then, the immigration lines for family reunification had grown much longer, and the wait for my aunt—from application to approval—would last take over ten years.

We waited again, as America had told us to, but this time, it indeed would not be good enough. With just a few years left in the immigration lines, my aunt, an able-bodied woman in her forties, passed away after a short battle with cancer.

Before she fell ill, she had the resources to travel to America and overstay her visa. She did not—and we would not have let her—because it was against America’s immigration laws.

So we waited for the happy day when she would finally joined us here in the United States. That day never came. We ran out of time, and America’s illegal immigration population grew.

We could have made a different set of choices, but having made the choices that we did, we certainly would not accuse those who believe in enforcing the country’s immigration laws of  being anti-immigrant or anti-Hispanic. We can only hope that policymakers in Washington would not view protecting U.S. borders as a quaint notion that is no longer worthy of a robust defense.