Former President Donald Trump has waived any objections to the release of the warrant and property receipt after the filing of a motion by the Justice Department. The motion, however, did not seek the release of the most important document in this controversy: the supporting FBI affidavit. That is the document that would reveal what the FBI told the magistrate about the prior communications with the Trump team and the specific allegations of the status of the documents in question.

There are reports that the documents involved material of the highest possible classification dealing with nuclear weapons. There is no question that the former President has no authority to retain classified material and that the government has a legitimate right to retrieve such material.

We should see the warrant and property list relatively soon in light of the DOJ motion and the Trump waiver.

JONATHAN TURLEY: AFFIDAVIT WILL TELL US IF FBI HAD A 'GOOD FAITH BASIS'

My greatest interest is the specificity of the information. Here are a few questions as we wait for the warrant and list:

1. Attorney General Merrick Garland said that the DOJ would have used other less intrusive means if they were possible. Yet, it would seem that such options were not just possible but obvious, including the use of a second subpoena. Moreover, even if a raid was necessary, it is not clear why the DOJ would descend upon Mar-a-Lago with such a massive show of force rather than send a few agents over with the warrant. 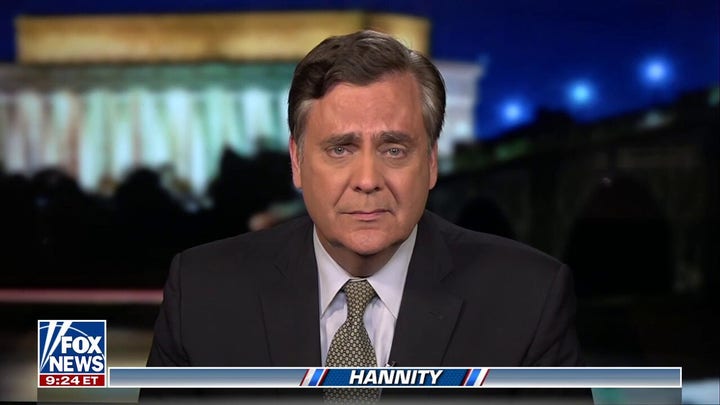 2. If the FBI believed that there was nuclear-related information in the resort, it certainly did not seem to move with dispatch. The last communication, according to the Trump team, was in June. Even after securing a warrant, there was reportedly a delay in executing the warrant. Why?

3. If the FBI suspected that high-level material was retained at the resort, did they identify the material to the Trump team and demand its return? It is hard to imagine the Trump Team telling the FBI to pound sand if such a demand was made. Yet, such a denial would readily support a showing of probable cause. Moreover, adding a lock to the door of a storage room would not be viewed as a sufficient for material at the apex of classification levels.

U.S. Attorney General Merrick Garland delivers a statement at the U.S. Department of Justice August 11, 2022 in Washington, DC. Garland addressed the FBI's recent search of former President Donald Trump's Mar-a-Lago residence, announcing the Justice Department has filed a motion to unseal the search warrant as well as a property receipt for what was taken.  (Drew Angerer/Getty Images)

4. Did the warrant specifically identify the material or the classification level? If the warrant sought the recovery of any possible classified evidence, it would again raise what was stated in the affidavit and the reason why such material was not acquired in the June subpoena despite the reported cooperation of the Trump team.

5. There remains the role of the confidential informant and what the person shared with the DOJ. Was there evidence of active concealment of the material or merely a statement of additional documents being stored at the resort?

It is highly unlikely that all of this information will be contained in just the warrant and the list. Given the growing controversy over the necessity of the raid, this is one circumstance where the release of the affidavit is warranted. Rather than allow such questions to fester and grow, early and total transparency would seem in the public interest.