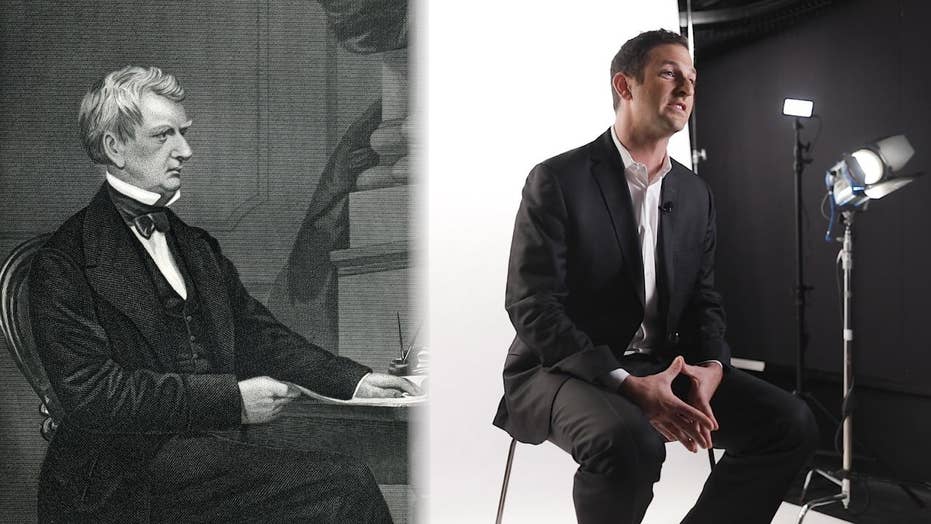 Jared Cohen chronicles the (largely unknown) series of events immediately after Abraham Lincoln was shot, including the unraveling of the conspiracy and a brief moment when it was unclear who was leading the country.

The modern left’s outlook is radically different from — and deeply hostile toward — the classic definitions of American liberty and history. In trying to fully understand the differences, I kept coming back to the greatest articulator of American freedoms, President Abraham Lincoln. Lincoln had to use words to explain to his fellow Americans why it was worth enduring four years of war for the cause of personal liberty.

As someone who had been born poor and largely self-educated, Lincoln knew how rare it was in human history to have a system that enabled everyday folks to govern themselves, rise and genuinely pursue happiness, as Thomas Jefferson had described in the Declaration of Independence.

Lincoln’s most powerful evocation of the American spirit was in his remarkably brief speech at Gettysburg on Nov. 19, 1863. In 272 words, Lincoln captured the essence of why America was worth fighting and dying for.

The contrast between Lincoln’s view of America and the modern left’s is so stark that I thought it would be instructive to lay them out side-by-side.

Which American history should our children learn: Lincoln’s or the left’s?

Lincoln began his Gettysburg Address by asserting: “Four score and seven years ago our fathers brought forth on this continent, a new nation, conceived in Liberty, and dedicated to the proposition that all men are created equal.”

First, there was a historic date when the United States began, and it was the signing of the Declaration of Independence — not the signing of the Constitution (which happened more than a decade later). Throughout the speech, Lincoln consistently re-established Jefferson’s bold vision of our rights coming from God and every person being “endowed by their Creator with certain inalienable rights among which are life, liberty and the pursuit of happiness.”

Second, Lincoln identified that the United States was a new country — and not merely an extension of the English colonies. As such, it was a clear break with the European-defined hierarchical system of aristocrats and corruption. Importantly, it was an assertion of the rule of law and the rights of the individual.

Third, Lincoln clearly believes that liberty is at the heart of the American system. It was for liberty that men followed Gen. George Washington across the Delaware River on Christmas night 1776. It was for liberty that Union soldiers had died at Gettysburg. It was not a coincidence that the original "Battle Hymn of the Republic" (the marching song of the Union Army) said, “as [Christ] died to make men holy let us die to make men free.”

As a man of humble origins and no inherited power or wealth, Lincoln felt the importance of liberty as the guarantee that his children — and all future Americans — could live in freedom. It was this sense of liberty that enabled him to endure the extraordinary casualties and difficulties of four years of war.

Fourth, Lincoln asserted that the United States is “dedicated to the proposition that all men are created equal.” Note: Lincoln did not argue that all men lived equally — or that their lives had equal outcomes. He knew that was not true. But he believed we were dedicated to everyone being created equally and having an opportunity to pursue happiness without government interference.

A recent case is the stunningly inaccurate, one-sided, and propagandistic effort by The New York Times to re-center all of American history around slavery (the antithesis of the Lincoln vision). As The Times describes it: “The 1619 Project is an ongoing initiative from The New York Times Magazine that began in August 2019, the 400th anniversary of the beginning of American slavery. It aims to reframe the country’s history by placing the consequences of slavery and the contributions of black Americans at the very center of our national narrative.”

The Times goes on to highlight its answer to Lincoln in a long essay by Nikole Hannah-Jones which asserts that, “our Democracy’s founding ideals were false when they were written. Black Americans have fought to make them true.”

So, The Times has designed a project to produce materials for schools that propagandize a negative view of America as a hateful place, defined by slavery, in which only black Americans can be mentioned as fighting for the right ideals.

This is inherently racist and a stunning distortion of American history. Most major historians have condemned the project as simply untrue.

So, which American history should our children learn: Lincoln’s or the left’s?

In his next few sentences, Lincoln preemptively repudiated the arrogant racism implicit in Hannah-Jones’ argument that limits those who fought for justice to “black Americans.”

As Lincoln reminded his audience at Gettysburg: “Now we are engaged in a great civil war, testing whether that nation or any nation so conceived and so dedicated, can long endure. We are met on a great battlefield of that war. We have come to dedicate a portion of that field, as a final resting place for those who here gave their lives that that nation might live.”

The American Battlefield Trust estimates that 620,000 Americans died during the American Civil War. This death toll nearly matches that of all other American wars combined (644,000). Now, imagine Lincoln going to the small towns in Maine, Wisconsin and across the North — where men were volunteering to fight and die to save the Union — and explaining that they were pawns of slavery and only black Americans were fighting to make our ideals true.

So, Lincoln, a country lawyer from central Illinois, understood painfully and personally the human cost of preserving the Union and fighting for freedom.

Lincoln said, “in a larger sense, we cannot dedicate — we cannot consecrate — we cannot hallow — this ground. The brave men, living and dead, who struggled here, have consecrated it, far above our poor power to add or detract. The world will little note, nor long remember what we say here, but it can never forget what they did here.”

Thus, Lincoln again preemptively rebuked the modern left’s contempt for the heroes who preserved America and fought for its liberty.

He went on to assert — in direct contradiction of The New York Times’ arrogance — that “it is for us the living, rather, to be dedicated here to the unfinished work which they who fought here have thus far so nobly advanced. It is rather for us to be here dedicated to the great task remaining before us — that from these honored dead we take increased devotion to that cause for which they gave the last full measure of devotion — that we here highly resolve that these dead shall not have died in vain — that this nation, under God, shall have a new birth of freedom — and that government of the people, by the people, for the people, shall not perish from the earth.”

Here again, this is the opposite of what the modern left would have you believe.

Lincoln clearly admitted that the work of freedom was unfinished and that we owe it to those who gave their lives to continue the work of extending and improving liberty for all people. In fact, Lincoln said it is our duty to extend “under God, ... a new birth of freedom.”

(Of course, the anti-religious left would scoff at the reference to God. Yet, both Lincoln and Washington shared a belief that America existed because of Divine Providence’s benevolence.)

Finally, note the core description of Lincoln’s vision for America: “that government of the people, by the people, for the people, shall not perish from the earth.”

The greatest revelation of the Trump presidency has been the depth of hostility and dishonesty the establishment and the deep state displayed in seeking to destroy the duly elected president through leaks, lies and phony investigations. The further revelation of the bureaucracy’s belief that it had a duty to undermine presidential policies with which it disagreed was another example of the drift away from government of the people, by the people, and for the people.

In Lincoln’s era, presidents could fill the government with people loyal to themselves. Lincoln spent a great deal of time on patronage in the first months of his presidency, and it was this pro-Lincoln bureaucracy that helped the Union survive the difficult first three years of war. In the modern era, the rigid bureaucratic systems severely limit a president’s ability to reshape the government.

In many states and localities, the citizen no longer has any significant influence on government. In almost every level of government, Washington bureaucrats can dictate to elected local officials. The result has been a more and more dissatisfied citizenry.

One of the great challenges for the Trump administration and its allies is to re-center government on Lincoln’s values and dismantle the elitist “bureaucrats know best” model that now defines so much of our government.