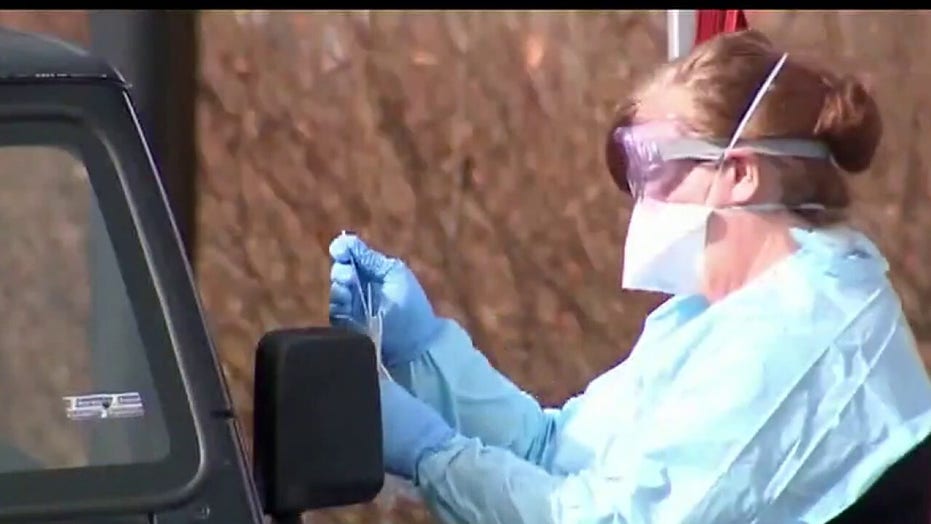 Jeff Paul reports with the latest.

Forget the second wave. The first wave is still washing over us.

The evidence can no longer be denied as coronavirus outbreaks emerge in all kinds of venues, in cities and towns large and small.

We are all sick of social distancing, of being largely confined to our homes and apartments, and yet the virus doesn’t care. Here we are at the end of June, when some thought the hot weather might buy us a long respite, and COVID-19 is still packing a considerable punch.

“A disturbing surge in infections,” Anthony Fauci testified on the Hill Tuesday.

The latest turn of events poses a stiff challenge for both journalists and politicians.

The media, which were understandably in round-the-clock mode on the virus, frankly grew tired of the story. It’s repetitive and, well, kinda depressing. When the police brutality demonstrations broke out, the media, dropped the virus like a hot potato, rarely even mentioning the risks of packed protests (unlike with Donald Trump’s Oklahoma rally). When the number of deaths in America passed 100,000, that milestone was totally overshadowed.

Now we’re beyond 119,000 deaths, and 2.2 million cases total, and the press is gradually acknowledging the magnitude of a story that never really went away. While things have significantly improved in New York City--where, not coincidentally, the national media are based--that’s not true in many areas. And as the protests have faded somewhat, there is more airtime available for COVID-19.

As of Monday, the New York Times reports, “known virus cases were on the rise in 23 states on Monday as the outlook worsened across much of the nation’s South and West. Hospitalizations for the coronavirus reached their highest levels yet in the pandemic in Arizona and Texas, and Missouri reported its highest single-day case totals over the weekend. Even as much of the Northeast and Midwest continued to see improvement, there were signs of new spread in Ohio, where case numbers have started trending upward after weeks of improvement, and in Pennsylvania, where several counties have had troubling numbers of cases.”

What’s striking--and makes the story less abstract--is the sheer range of these virus clusters: a Pentecostal church in Oregon. A strip club in Wisconsin. A nightlife district near Louisiana State University. A Christian summer camp near Colorado Springs.

One reason the coverage had been on the back burner until recent days is that Trump had been spending less time talking about the virus. Once he ended the televised coronavirus briefings, it was clear he wanted to pivot to reopening the economy as a more upbeat election message, followed by his emphasis on law and order after the riots that followed George Floyd’s killing.

The reopening debate became extremely politicized between left and right, and obviously the country can't be shut down indefinitely after 40 million people lost their jobs. But the reopening always carried inherent risks, exacerbated by many younger people who are hanging out in groups without masks, as if they are invulnerable.

The president tweeted Tuesday that “fake news” isn’t giving him enough credit for coronavirus successes, “but they do give Dr. Anthony Fauci, who is with us in all ways, a very high 72% Approval Rating.”

The national media are so Trump-centric that if he doesn’t wear a mask or accuses governors of being too slow in lifting lockdown restrictions, that’s a big story; if it’s just a surge in certain states or regions, not so much. Joe Biden’s coronavirus criticisms also get short shrift.

In that vein, the press pounced on Trump for saying at Saturday’s rally--in what the White House later said was a joke--that he’d told his people to do fewer tests to keep the numbers down. But Tuesday, the president told reporters that “I don’t kid,” adding that testing is a double-edged sword.

“We have got the greatest testing program anywhere in the world. We test better than anybody in the world. Our tests are the best in the world, and we have the most of them. By having more tests, we find more cases.” Fauci told a House panel the task force was never asked to slow down on testing.

Public health experts say the recent rise in cases reflects more than just greater numbers of Americans being tested. Fauci said he was concerned this past week when 30,000 new infections were found in one day.

The media can’t base their decisions on whether politicians choose to focus on the virus or not. The recent spate of stories about whether COVID-19 will come roaring back this fall has been overtaken by events. Even as we all crave a return to the old normal, the press must aggressively cover the new normal, which doesn’t look like it’s vanishing any time soon.