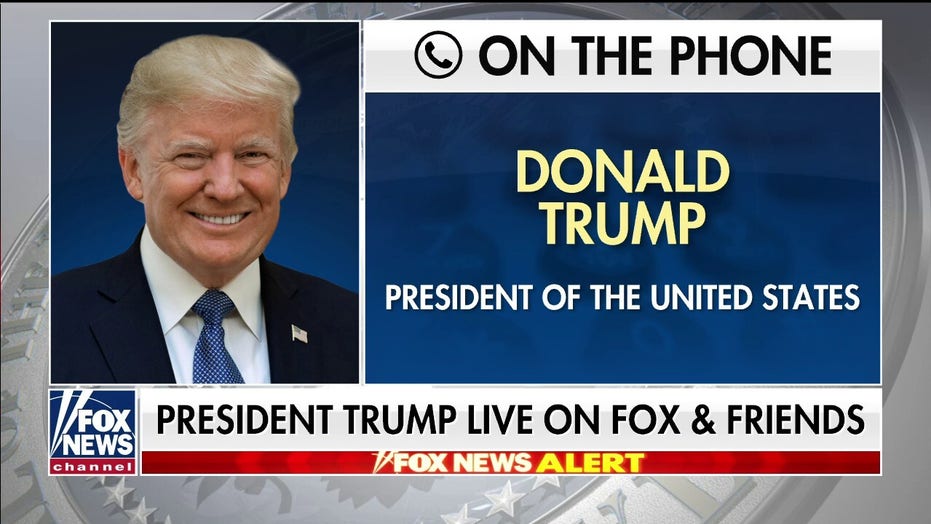 Robert Mueller's Russia probe never would have happened if now-Attorney General William Barr was picked for the position in 2017 instead of Jeff Sessions, President Trump said Friday.

In a phone interview on "Fox & Friends" with host Steve Doocy, Brian Kilmeade, and Ainsley Earhardt, the president said that Sessions was a "disaster" in his role and that, initially, he did not want to make him attorney general.

"I didn't want to make him Attorney General, but he was the first senator to endorse me. So, I felt a little bit of an obligation," Trump recalled. "He came to see me four times just begging me to be attorney general. He wasn't equipped to be attorney general, but he just wanted it, wanted it, wanted it. He was from a state that I love: Alabama. You know, I won Alabama by a tremendous margin."

"He wanted it and I said, 'Alright, Jeff.' You know, he was a smaller version of that in Alabama for a little while. He was a very average guy, I find out. But, he goes in — he was so bad in his nomination proceedings. I should have gotten rid of him there," he remarked.

The president told the "Friends" hosts that Sessions "knew less about Russia" than he did, but that talking with Russian Ambassador Sergey Kislyak was his downfall nonetheless.

Attorney General Jeff Sessions, joined by Deputy Attorney General Rod Rosenstein, left, and Jessie Liu, U.S. Attorney for the District of Columbia, right, speaks during a news conference at the U.S. Attorney's Office for the District of Columbia in Washington, Monday, Oct. 15, 2018, to announce on efforts to reduce transnational crime. (AP Photo/Carolyn Kaster)

"But, they got him standing on a line with Kislyak — who is the ambassador. Well, Kislyak had dinner with Nancy Pelosi and Schumer. All these guys — everybody in Washington knew Kislyak. She had dinner with him many, many times," he stated. "And, Jeff was just very weak and very sad."

In a complete reversal of his original reaction, Trump said that Sessions did not act like "a man" in recusing himself from Russia investigation in March of 2017. Their relationship has since soured and Sessions stepped down from his post at Trump's request in November 2018. 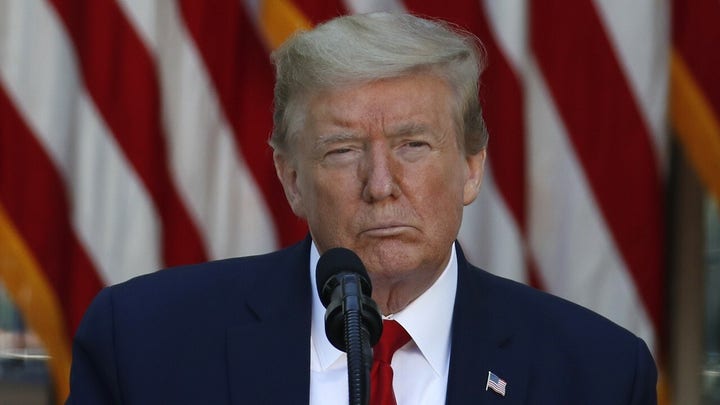 In April of 2020, Sessions would tell Neil Cavuto on "Cavuto LIVE" that he was "convinced" he had to recuse himself because of his faith and commitment to the law. He also told conservative talk show host Hugh Hewitt that he has no regrets about his decision to leave the Senate to serve in the Trump administration.

"And, when the name Russia was mentioned – just the word Russia – he immediately, instead of being a man and saying this is a hoax, he recused himself," the president continued further. "And had a deputy named Rod Rosenstein who probably, I mean, you'll see things coming out..."

"I study history and the firing of everybody. I should have, in one way, but I'm glad I didn't because look at the way it turned out," he pointed out.

"They're all a bunch of crooks and they got caught."