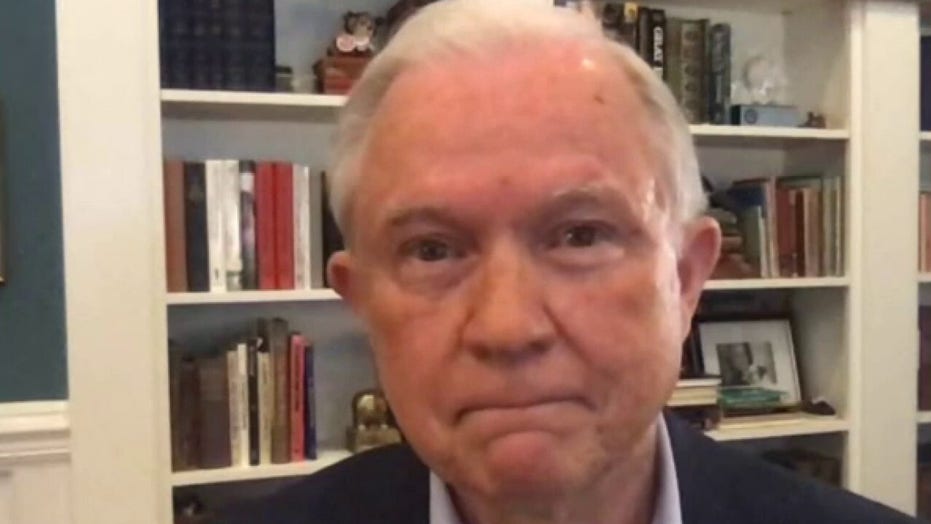 Former Attorney General Jeff Sessions told Fox News host Neil Cavuto that he had no regrets about his decision to recuse himself from the Russia investigation, despite intense backlash from President Trump.

"You never regret doing what you believe is the right thing, Neil," Sessions said on Saturday. "I was convinced I had to do that, I was required to do that. My faith and my commitment to law is such that I would never fail to do my duty under those circumstances and I did what I felt I had to do."

As attorney general, Sessions recused himself from the Russia investigation amid news of contacts he had with Russia's ambassador.

Sessions' Saturday comments came as he runs for the Republican nomination to fill his old Senate seat in Alabama.  Despite Sessions' support for Trump, Trump has backed his opponent, Tommy Tuberville, over his former attorney general.

The Trump campaign requested on Tuesday that Sessions stop implying he had the president's support in his senate race.

“The Trump campaign has learned that your U.S. Senate campaign is circulating mailers like the one I have enclosed, in which you misleadingly promote your connections to and ‘support’ of President Trump,” Michael Glassner, a top campaign official, reportedly said in a letter. It also claimed it was "delusional" for Sessions to assert that he was Trump's "#1 supporter."

“We only assume your campaign is doing this to confuse President Trump’s loyal supporters in Alabama into believing the president supports your candidacy in the upcoming primary runoff election. Nothing could be further from the truth.”

Sessions told Cavuto that he supported Trump on immigration, trade, and his leadership on the coronavirus pandemic. "I think he's doing a great job as president and no lawyer from Washington can say that I can't say I support the president," he said.

"I will also say that I don't think there's anybody in Alabama that doesn't know we had a disagreement. I did what I thought was right and I thought was responsible and required of me," he added.