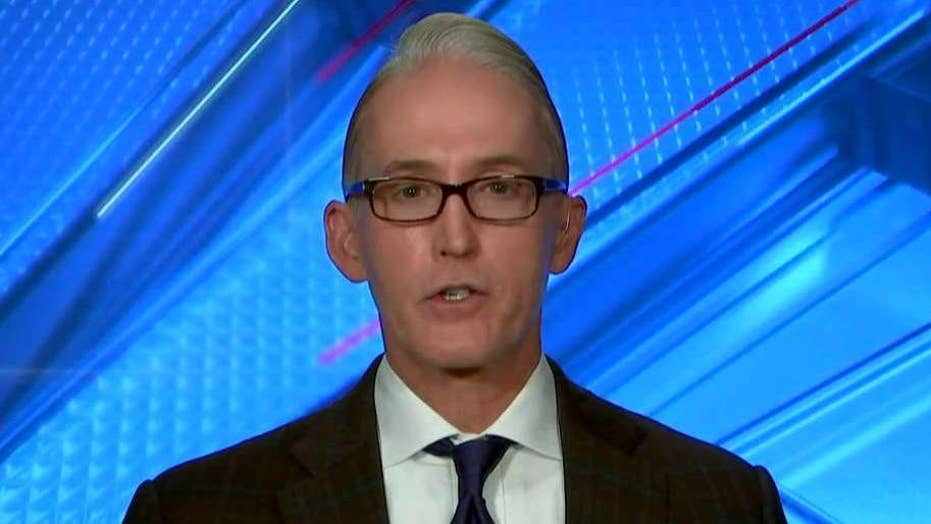 Republican senators are fearful of backlash from the White House and President Trump and have allowed those fears to quash any meaningful action on impeachment, former CIA director John Brennan claimed Sunday.

"It all goes back to Mr. Trump and his dishonesty and his complete obliteration of the norms of honesty, in terms of his public statements," Brennan told "Meet the Press" host Chuck Todd.

"[Trump] was the one who started the birther conspiracy as far as Barack Obama was concerned. He has continued to fabricate information and clearly Sen. [Ron] Johnson is running scared of Donald Trump, as are the other Republican senators," he said on the NBC News show. "Because, if they say anything against him, he comes after him with vengeance. So, he is the typical bully, and so now I'm... being pilloried as an example of the deep state."

Trump repeatedly has slammed Brennan over the years. "Has anyone looked at the mistakes that John Brennan made while serving as CIA Director? He will go down as easily the WORST in history & since getting out, he has become nothing less than a loudmouth, partisan, political hack who cannot be trusted with the secrets to our country!" he tweeted last year.

Todd defended Brennan and said his character had been "assassinated," before adding that there was an active campaign in America to bring down the country's intelligence community. Brennan said he didn't want to hurt the intel community with his public appearances but felt compelled to take on the president and urged Republicans senators to do the same.

"I struggle with what my public posture should be," Brennan said. "What I don’t want to do is to put the CIA in a difficult situation, but I feel an obligation as a former senior U.S. official to call out Mr. Trump when he lies to the American public -- when he totally fabricates information just to advance his own political agenda.

"So, I am going to continue doing it," he added. "People at this time... need to speak out and speak up, and it’s clear that the Republicans in the Senate are just going along. I’ve had many issues with the Democrats over the years, but I have never seen anything like the Republicans right now as far as just misrepresentations of the truth, because of what Donald Trump has done."

Todd then asked Brennan to rate the present American government the way the CIA did with foreign countries; Brennan said he would declare America a "corrupt," crumbling democracy under Trump.

"We would look at it as a very corrupt government that is under the sway, right now, of this powerful individual who has been able to just corrupt the institutions and the laws of that country," Brennan said.

"I think it’s no longer a democracy if an autocrat has it in his hands and people like [Ron] Johnson and others are putty in his hands -- which means that the democratic principles upon which this country are founded are eroding right now."