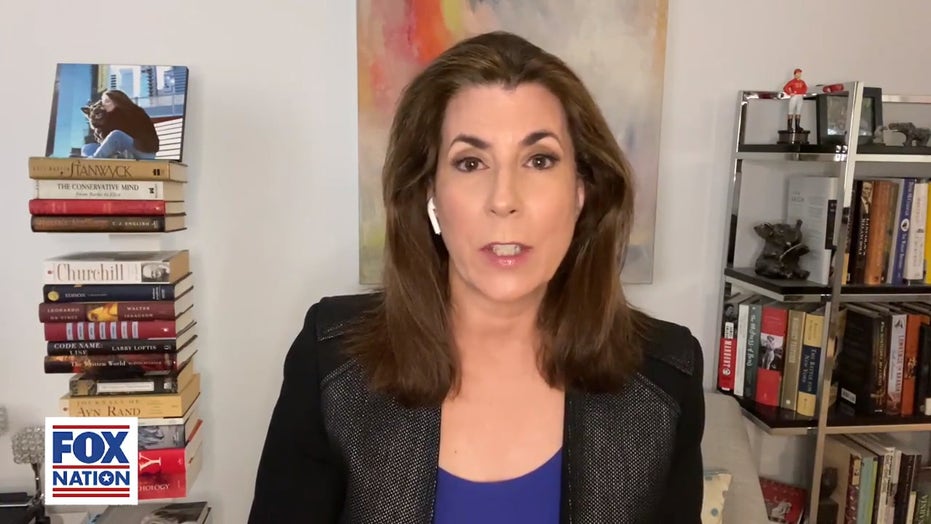 "It is a time when we should be coming together and should be lifting each other up. Instead, here you have a leftist – in a way that is can only be described as ghoulish – encouraging people now to go against each other," said Bruce on her Fox Nation show "Get Tammy Bruce."

In a video message on Saturday, de Blasio said, "When you see a crowd, when you see a line that's not distanced, when you see a supermarket that's too crowded – anything – you can report it right away so we can get help there to fix the problem... All you’ve got to do is take the photo and put the location with it, and, bang, send a photo like this and we will make sure that enforcement comes right away."

"Mayor de Blasio wants New Yorkers to snitch on each other if they are perceived as not following the rules according to whoever the person who's snitching on them views them as being," said Bruce, observing that de Blasio appears to be stepping up enforcement, even after New Yorkers have proven effective at following existing restrictions.

TOMI LAHREN: YOU CAN SMOKE CRACK IN L.A., BUT DON'T YOU DARE VIOLATE SHELTER-IN-PLACE

"All of that, of course, is unacceptable. It is certainly absolutely un-American," continued Bruce, "And especially in a city where you've got about 20 percent of the police force out ill. And are they going to be sending the police to do what? To speak with people because they're walking too close together?"

De Blasio's calls for New Yorkers to report each other's behavior was immediately met by scorn and mockery.

The "social distancing tip line" set up by the mayor was inundated with people submitting news articles about de Blasio going to the gym during the pandemic, images of male genitalia, and Adolf Hitler memes, according to Twitter screenshots and the New York Post.

"Why this matters is that we have leadership now asking us to look to our worst selves, the negative in ourselves, in looking at the nature of who we are to our neighbors and who they are to us," concluded Bruce. "Never forget who you are and remember that you are Americans in the greatest country that's ever existed in the history of mankind. And we deserve to be encouraged to look to the best of ourselves in this process."