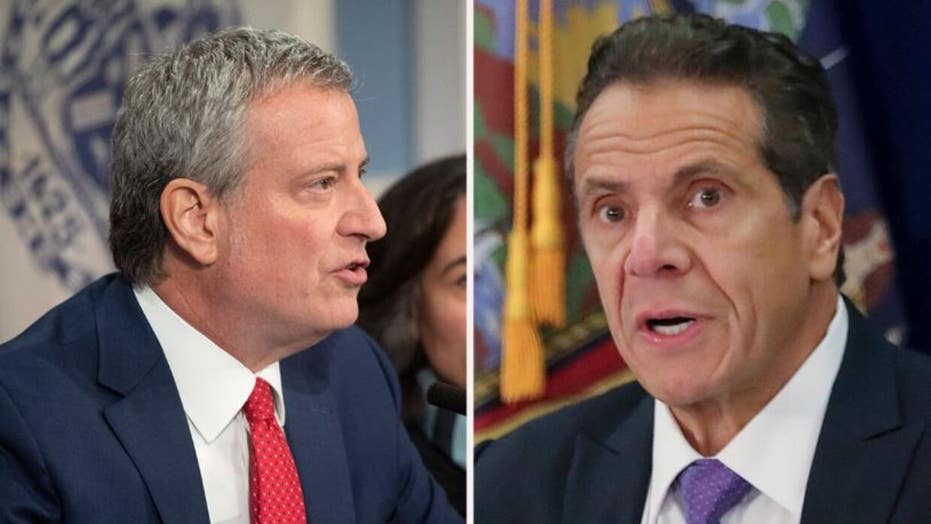 Dr. Amina Ahmed and Dr. Ashish Jha comment on a report by former CDC chief Thomas Friedman stating the death toll in New York could have been 80% lower if social distancing was enacted 2 weeks earlier

New York City Mayor Bill de Blasio’s social distancing tip line is off to a turbulent start this week as users have been flooding the service with prank messages and obscene pictures, reports say.

De Blasio drew criticism the moment he announced the tip line Saturday, in which he asked New Yorkers to inform city government via text if they spotted people ignoring coronavirus prevention guidance.

"When you see a crowd, when you see a line that's not distanced, when you see a supermarket that's too crowded -- anything -- you can report it right away so we can get help there to fix the problem,” the Democrat said in a video message. “All you’ve got to do is take the photo and put the location with it, and, bang, send a photo like this and we will make sure that enforcement comes right away."

Except instead of submitting photos of supposed social distancing violations to the number, people have been sending in news articles about De Blasio hitting the gym during the pandemic, images of male genitalia and Hitler memes, according to Twitter screenshots and the New York Post.

“We will fight this tyrannical overreach!” one person apparently texted the number, only to receive an automated reply back thanking them for the tip and informing them that “a representative will be with you soon.”

At one point, the number of junk messages forced the city to temporarily shut down the tip line so operators could sift through them, the New York Post also reported.

The NYPD source told the newspaper that the city is “vetting everything before dispersing the information to precincts.”

De Blasio announced at the end of March that people violating the rules could face fines of up to $500.