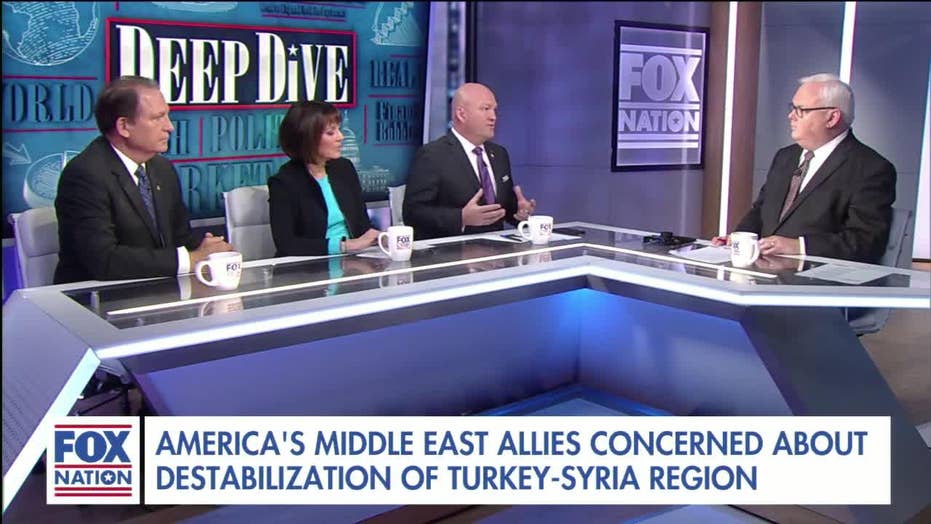 The former U.S. Navy intelligence officer who interrogated the leader of ISIS during the Iraq war warned that President Donald Trump’s withdrawal of U.S. troops from Syria may result in a similar set of circumstances that unfolded after President Barack Obama’s pullout of U.S. troops from Iraq in 2011.

WHY IS TURKEY ATTACKING THE KURDS? EXPERT BREAKS IT DOWN

The extraction of U.S. troops from northern Syria has raised concerns that ISIS members, who are detained in Syria under the control of Kurdish forces, may be freed.  There about 2,500 Islamic State foreign fighters and another 10,000 fighters from Syria and Iraq, currently being held in Syria.

Just one day before President Trump announced a withdrawal of U.S. forces, Turkish President Recep Tayyip Erdogan announced he would launch a military operation against the Kurds.  Bramer said the Kurds maintaining these prisons may be forced to fight or flee as Turkey moves into the region.

"All of those ISIS fighters that are in prison right now… when these Kurdish guards leave those prisons to go fight for themselves or stand by their troops… they’re leaving those prisons unattended. Now we have an opportunity where we could have the largest… prison break of ISIS fighters,” Bramer told a panel of experts on Fox Nation's "Deep Dive."

"We have an opportunity where we could have the largest… prison break of ISIS fighters."

“Where will they go?” asked Wall Street Journal Editorial Board member Bill McGurn.

Bramer also remembered a conversation that he apparently had with the current leader of ISIS in the months after the U.S. invasion of Iraq. 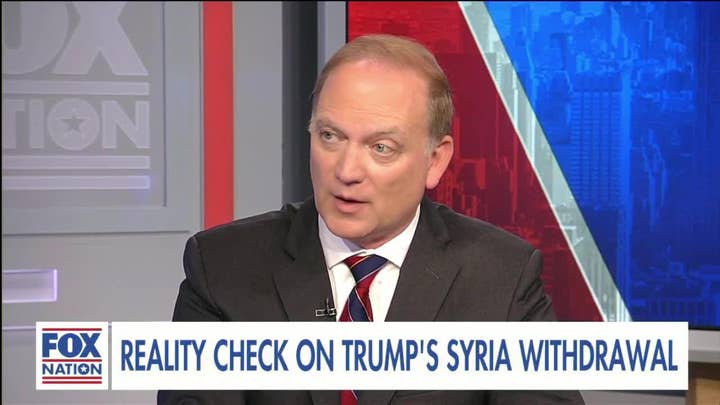 "Early in the Iraq war… either in my first or second deployment, I interviewed and interrogated a young Abu Bakr al-Baghdadi, who actually said ‘When you leave – this will happen. This void will happen,’ which it did,”  said Bramer.

Al-Baghdadi's prediction came to pass after the last U.S. troops left Iraq in December 2011 and the ISIS terror group grew and eventually eclipsed the size and influence of Al Qaeda in Iraq. Al-Baghdadi is apparently still alive and sending messages to members of the extremist group. In a new audio recording, released last month, he called on ISIS members to free detainees held in jails.

“President Obama called [the Islamic State of Iraq and Syria] the J.V. team," Bramer reminded the panel. “Moving forward -- our defeat of ISIS... is very, very fragile.  They didn’t collapse, they just dispersed."

“Why would he risk those gains?” McGurn asked Brad Blakeman, who is a principal at The 1600 Group consultants, an adjunct professor at Georgetown University, and a former member of President George W. Bush’s senior staff.

Blakeman said that he believes that the president is confident that Turkey will not take this opportunity to massacre the Kurds.

“I think because of the assurances [Trump's] gotten from Erdogan… The jury is going to be out for a very short period of time.  We’re going to know where this thing is going… it’s going to be a black and white situation.”

To watch all of "Deep Dive" go to Fox Nation and join today.