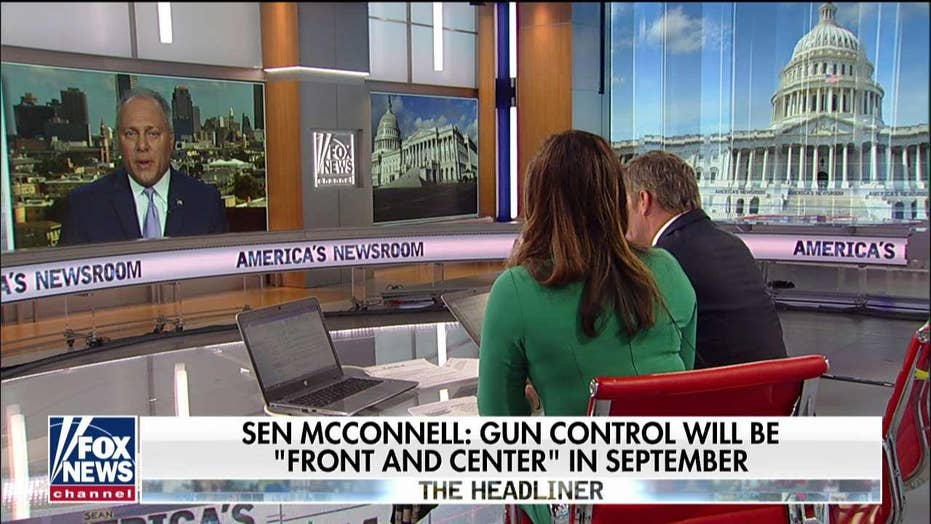 Steve Scalise: new proposed gun laws would not have stopped my attacker

House Minority Whip Steve Scalise said Friday on "America's Newsroom" that he doubts proposed "red flag" laws or stricter background checks would have prevented the 2017 attack that left him gravely wounded on a Virginia baseball field.

The Louisiana Republican was specifically asked by anchor Bill Hemmer whether a "particular law could have prevented" the attack by James Hodgkinson, who supported Sen. Bernie Sanders and specifically targeted the Republican House members as they practiced for the Congressional Baseball Game.

Hodgkinson had reportedly had run-ins with law enforcement but was never convicted of a crime, so he was able to legally purchase the guns he used in the attack.

"He just kind of went off the grid. What are you gonna do about that? What law are you gonna pass that's gonna address that? In the end, all you end up doing is seeing more and more attempts to take away rights from law-abiding citizens," Scalise said, arguing that proposals from House Democrats are geared toward taking guns from Americans. 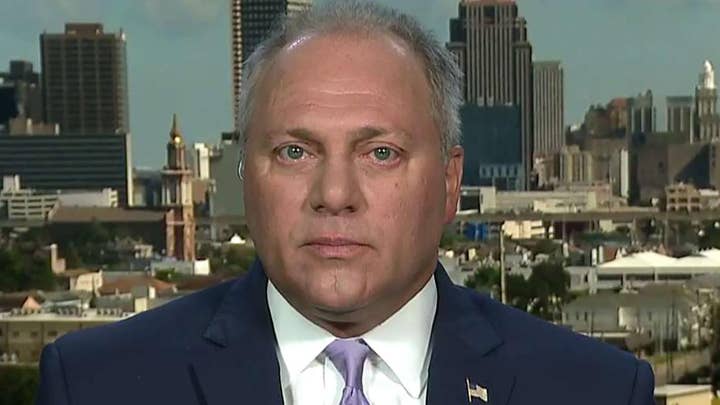 "Many of these people who have pushed this gun control legislation have said they have a deeper intention ... that you should only have a gun if you're in the military," said Scalise, doubting that a new "red-flag" law could have identified his attacker.

"Nobody was to blame except the shooter," he said, arguing "breakdowns in society and breakdowns in existing laws" should be addressed before additional laws are enacted.

Scalise said that existing laws could have been used to identify the Parkland, Florida gunman - who told people he aspired to be a school shooter - and last weekend's Dayton, Ohio attacker, who reportedly made "rape" and "kill" lists of his high school classmates.

"I don't see how the things they've been proposing lately would have done anything to prevent these shootings," he said.

Scalise said some of the red-flag proposals "have merit," but they must include "strong due process."

President Trump said Friday he is having “serious discussions” with Congress on gun reforms and improvements in the background check process while maintaining that the views of the National Rifle Association will be “fully respected and represented.”

“Serious discussions are taking place between House and Senate leadership on meaningful Background Checks. I have also been speaking to the NRA, and others, so that their very strong views can be fully represented and respected,” Trump tweeted.

“Guns should not be placed in the hands of mentally ill or deranged people," he added. "I am the biggest Second Amendment person there is, but we all must work together for the good and safety of our Country. Common sense things can be done that are good for everyone!”

The tweets came after double-mass shootings shocked the nation and left 31 people dead. Last Saturday, a gunman in El Paso, Texas killed 22 people and injured 24 others after he opened fire at a local Walmart. Later, another gunman opened fire outside a bar in Dayton, Ohio around 1 a.m. Sunday, killing his adult sister and eight others.