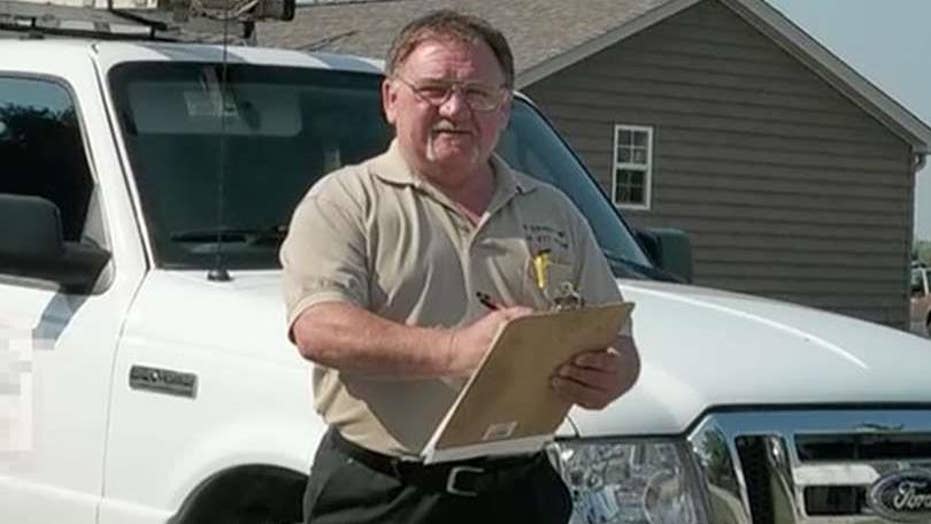 'It was his way or no way': Who is James Hodgkinson?

Gunman behind shooting attack on Rep. Scalise and lawmakers appeared to be a volunteer with Bernie Sanders' presidential campaign, a social media footprint that indicated disdain for Trump and Republicans and a troubling arrest record

The shooter’s weapons found at the scene, a 9 mm handgun and a 7.62 caliber rifle, were both purchased lawfully and there was no evidence to suggest otherwise, police and FBI investigators said. Hodgkinson had a valid Firearms Owner’s ID.

Investigators believed Hodgkinson, 66, did not have any outside support and acted on his own, a law enforcement official told Fox News. He was killed in a shootout with Capitol Police officers who had been guarding Scalise at the Eugene Simpson Stadium.

Officials were aware Hodgkinson was living out of a white cargo van in Alexandria for months and was seen showering and working on a computer at a nearby YMCA. Investigators were looking into why Hodgkinson came to the Washington, D.C. area in the first place, and how much premeditation was involved. The FBI said it was processing a computer, camera and phone found in the van.

“While the FBI and our federal, state and local partners continue to investigate and process the scene and evidence, we also continue to encourage the public to come forward with any information on the shooter,” the FBI said.

Hodgkinson told the YMCA on Tuesday that he wanted to cancel his membership because he was moving, the YMCA said in a statement. He had access to the facility through Wednesday and arrived less than two hours before the shooting.

No staff members noticed any “inappropriate or unusual behavior” and no one complained about him, the YMCA added.

Sanders acknowledged Wednesday that Hodgkinson apparently was among many volunteers on his 2016 presidential campaign.

“I am sickened by this despicable act,” Sanders said in a statement. “Let me be as clear as I can be. Violence of any kind is unacceptable in our society and I condemn this action in the strongest possible terms. Real change can only come about through nonviolent action, and anything else runs against our most deeply held American values.”

Hodgkinson apparently sent politically-charged letters to the editor of the Belleville News-Democrat, which published a few of them. One letter that Hodgkinson wrote in 2011 stated: "It's time for the Republican congressmen to grow up. Maybe if they weren't so full of hate, they could see what they are doing to this country - selling it to the Chinese just so they can keep more of the millions."

AFTER SCALISE SHOOTING, PELOSI BLAMES FOX NEWS FOR VIOLENT THREATS AGAINST HER

Hodgkinson’s brother, Michael, told The New York Times his brother was not pleased with the current political climate.

“I know he wasn’t happy with the way things were going, the election results and stuff.”

Court records showed that Hodgkinson’s legal trouble started in the 1990s with arrests for resisting police and drunken driving.

Identified gunman, James T. Hodgkinson, was charged in 2006 for assault. The charges were dropped (Illinois Police)

In 2006, he was arrested on a battery charge after allegedly punching a woman in the face, then striking her boyfriend in the head with the wooden stock of a 12-gauge shotgun before firing a round at the man, according to a sheriff's department report.

While trying to drive away from that confrontation, the report said, Hodgkinson used a pocket knife to cut a seat belt. The charges were dismissed later that year, according to the court clerk.

Hodgskinson’s last police encounter was on March 24 when neighbors had called the St. Clair County Sheriff with complaints of gunfire. They said they heard around 50 shots fired in the woods near Hodgkinson’s house. A deputy discovered Hodgkinson and told him not to shoot his gun there anymore. No charges were filed.