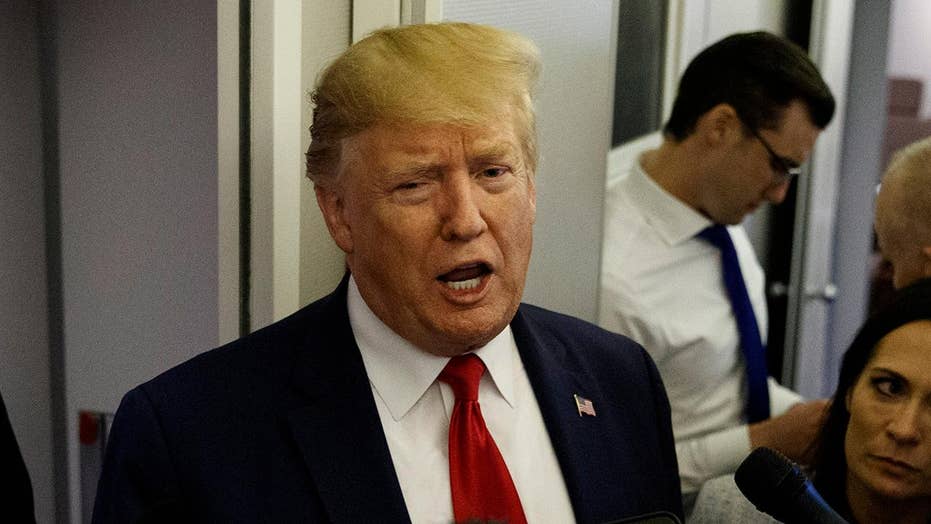 President Trump on Friday said he is having “serious discussions” with Congress on gun reforms and improvements in the background check process while maintaining that the views of the National Rifle Association will be “fully respected and represented.”

“Serious discussions are taking place between House and Senate leadership on meaningful Background Checks. I have also been speaking to the NRA, and others, so that their very strong views can be fully represented and respected,” Trump tweeted Friday morning.

“Guns should not be placed in the hands of mentally ill or deranged people," he added. "I am the biggest Second Amendment person there is, but we all must work together for the good and safety of our Country. Common sense things can be done that are good for everyone!”

The president’s tweets come after double-mass shootings shocked the nation and left 31 people dead. Last Saturday, a gunman in El Paso, Texas killed 22 people and injured 24 others after he opened fire at a local Walmart. Later, another gunman opened fire outside a bar in Dayton, Ohio around 1 a.m. Sunday, killing his adult sister and eight others.

After the shootings, the president called for reforms at the intersection of mental health and gun laws—including so-called “red flag laws” to take guns from those deemed a public risk. Trump also called for bipartisan reforms to “better identify mentally disturbed individuals who may commit acts of violence,” and added that we must “make sure those people not only get treatment but when necessary, involuntary confinement.”

Trump also called for “cultural” changes, citing violent video games, and for a further policing of the “dark recesses of the Internet” in a bid to catch mass murderers before they act.

Senate Majority Leader Mitch McConnell, R-Ky., said this week that Senate Republicans were willing and “prepared” to work in a “bipartisan, bicameral way to address the recent mass murders which have shaken our nation.”

McConnell said he has spoken with Senate committee leaders and “asked them to reflect on the subjects the president raised within their jurisdictions and encouraged them to engage in bipartisan discussions of potential solutions to help protect our communities without infringing on Americans’ constitutional rights.” 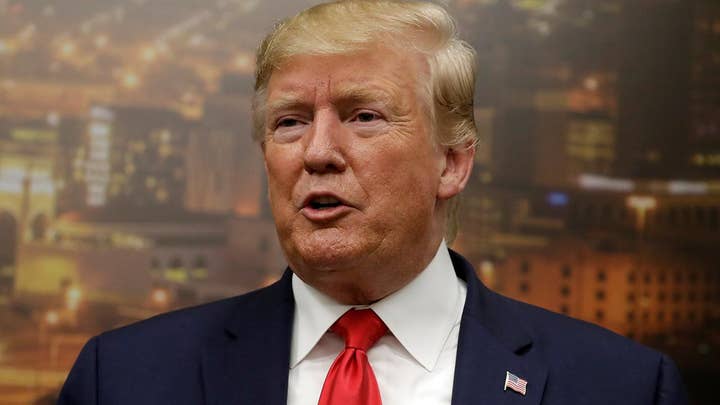 “Only serious, bipartisan, bicameral efforts will enable us to continue this important work and produce further legislation that can pass the Senate, pass the House, and earn the president’s signature," McConnell said. "Partisan theatrics and campaign-trail rhetoric will only take us farther away from the progress all Americans deserve.”

Also this week, Senate Judiciary Committee Chairman Lindsey Graham, R-S.C., and Sen. Richard Blumenthal announced a plan to “assist and encourage” states to adopt Red Flag laws to “timely intervene in situations where there is an imminent threat of violence.”

“These grants will be given to law enforcement so they can hire and consult with mental health professionals to better determine which cases need to be acted upon,” Graham said Monday. “This grant program also requires robust due process and judicial review. It does allow for quick action.”

Blumenthal in a statement Monday said that he and Graham have been working on developing an “Emergency Risk Protection Order” statute since the last Congress.

Graham said that he spoke with Trump about the legislation on Monday morning, saying, "he seems very supportive.”

“In February, the new Democratic House majority promptly did its duty and passed the Bipartisan Background Checks Act of 2019, which is supported by more than 90 percent of the American people and proven to save lives,” House Speaker Nancy Pelosi, D-Calif., and Senate Democratic Leader Chuck Schumer, D-N.Y., said in a joint statement after Trump’s speech. “However, Senate Republican Leader Mitch McConnell has called himself the ‘grim reaper’ and refuses to act on this bipartisan legislation.”