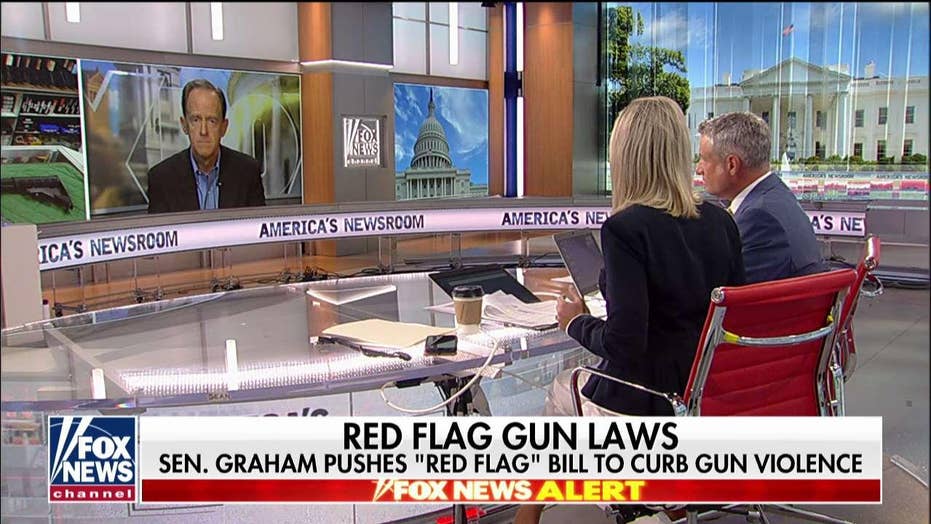 Sen. Pat Toomey expressed support Tuesday for closing loopholes in the background check system for firearm purchases but said he would not back a ban on assault rifles or high-capacity magazines.

Toomey, R-Pa., was specifically asked by "America's Newsroom" anchor Sandra Smith about whether he's looking into addressing "military-style weapons" after reports that the Dayton, Ohio, shooter had 240 rounds of ammunition.

"Guns that are described as assault weapons are almost invariably no more powerful than ordinary hunting rifles," he responded.

"They look different, they're painted black, they have features that an ordinary hunting rifle doesn't have, but they're no more lethal. ... They're extremely popular, and so to ban an extremely popular firearm, I'm not gonna support that. That would be an infringement on the rights of law-abiding citizens," he said, noting that he is a law-abiding gun owner.

He said if his firearms were taken away, "nobody would be any safer" and the same can be said for the "vast overwhelming majority of Americans" who legally own guns. 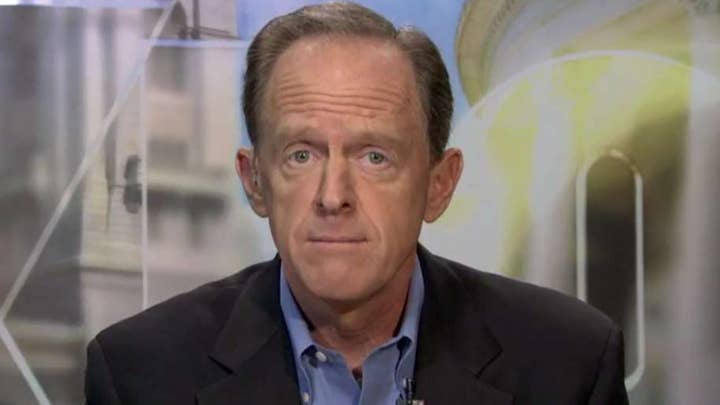 "What we ought to focus on is keeping them out of the hands of violent criminals and those who are dangerously mentally ill. Those are the people that are committing these massacres," said Toomey, adding he wants to re-propose a bill to strengthen background checks on gun purchases.

Though only four Republican senators voted for the measure in 2013, he said he believes it's "common sense" and more of his GOP colleagues would support it today. He said the loopholes in the background check system must be closed and he spoke to President Trump on Monday about it.

A bipartisan bill from Sens. Lindsey Graham and Richard Blumenthal that would create a federal grant program to assist states in adopting “red flag” laws, in response to the mass shootings in El Paso, Texas, and Dayton, Ohio, over the weekend.

Toomey said "red flag" legislation should be considered in the Senate, and touted a separate bill with Sen. Chris Coons, D-Del., to better enforce existing laws on gun purchases.