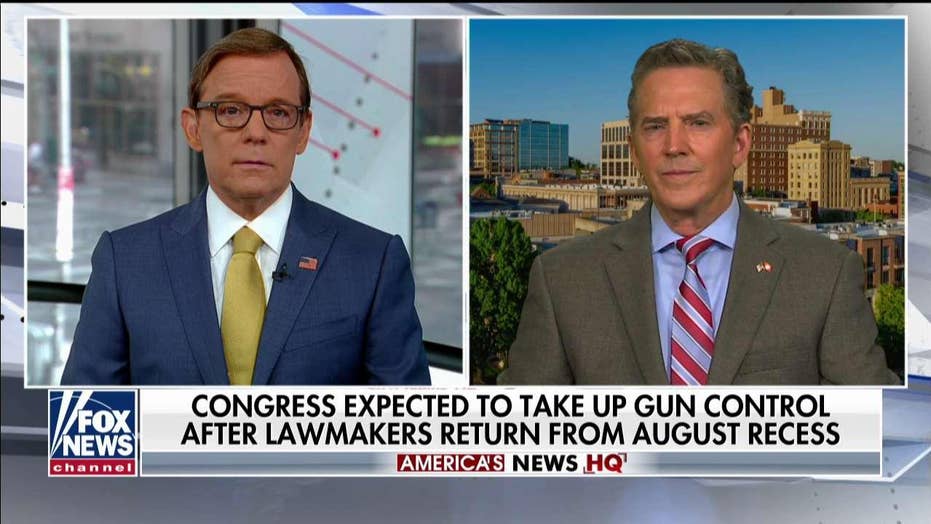 Following increased calls for gun control after the shootings in El Paso and Dayton, former U.S. Sen. Jim DeMint claimed gun violence is a cultural issue that cannot be solved through federal regulation and legislation.

Following increased calls for gun control after the shootings in El Paso, Texas, and Dayton, Ohio, former U.S. Sen. Jim DeMint said Sunday that gun violence is a cultural issue that cannot be solved through federal regulation and legislation.

"It's more symptomatic of a decline in our culture -- I'm not sure any new laws are going to help that," DeMint said on "America's News HQ."

"Congress could do more than anything else by setting a better example of how to treat people... They're probably the biggest instigators of hate and racism and violence in the country right now," he continued. "So, they need to look inward at just how they behave."

DeMint expressed skepticism about red-flag laws that would allow for the temporary suspension of certain people's Second Amendment rights and said the issue of gun violence remained at the heart of American culture.

"More federal laws are very unlikely to help... Red flag laws, 15 states already have them... and we see that they’re not working," he said. "They actually give someone who has a grudge against you the ability to send police to your house, to take your guns away, [and] drag you into court."

DeMint also commented on the rallying cry to ban "weapons of war" and said if guns were outlawed, mentally unstable people would still find ways to forge weapons and hurt innocent bystanders.

"We don’t have [any] indication that trying to pass laws to keep certain types of guns away from people -- they’ll just move to another type of gun, and we've seen that," he said.

DeMint added, "If they can’t get a gun, they'll use a knife -- they'll create bombs... as long as you’re trying to look at federal laws that target everybody, you generally miss the criminals... I want to stop this, but I don’t see any evidence that federal laws can do it."