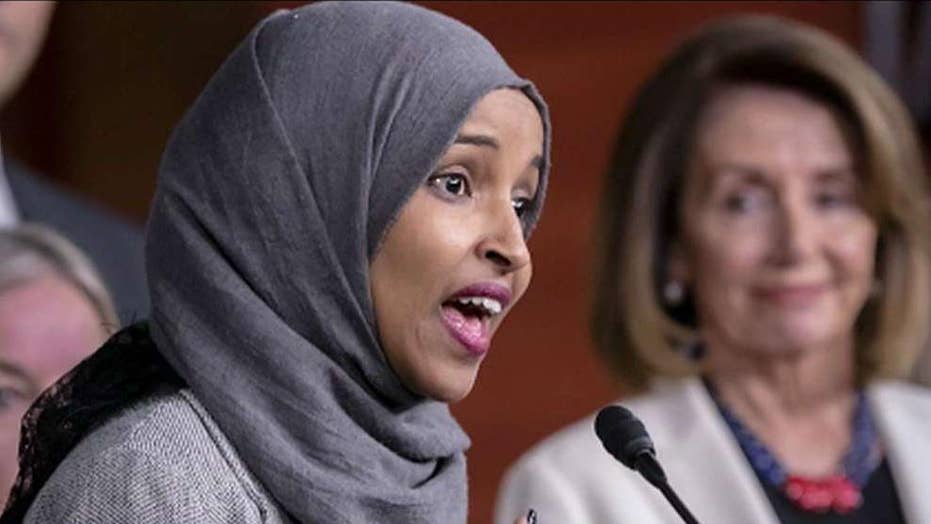 "You have two women who are out of control in their hatred for Israel and Jewish people. It’s their lifeblood. Before they became elected to the U.S. House of Representatives, these women grew up hating Jews. They grew up as anti-Semites," Limbaugh said on his radio show Thursday.

Israeli officials Thursday blocked the congresswomen from entering the country as part of a planned visit, a reversal that came amid concerns about their support for boycotts of Israel.

Democratic lawmakers in Washington spoke out against the decision, with House Speaker Nancy Pelosi calling it a "sign of weakness" and Omar accusing Israel of implementing "Trump’s Muslim ban."

Limbaugh argued that "no good" could come from the visit and that Israel had a right to determine who is allowed to cross its borders.

"What good could possibly come of these people showing up to showboat in Israel with a duly sycophantic media in tow? What possible good could it have done?" Limbaugh asked.  "Israel is making a decision in its own best interests here and they are entitled to this.  Just as we are in charge of who gets into our country, so is Israel and every other country in charge of who gets in."

The radio host blasted the congresswomen for supporting Palestinians.

"They openly support the Palestinians who want there to be no Israel. Omar and Tlaib openly support whatever will happen to replace Israel with Palestine, Palestinians, and Israelis with nowhere to go but the Mediterranean Sea," Limbaugh said.