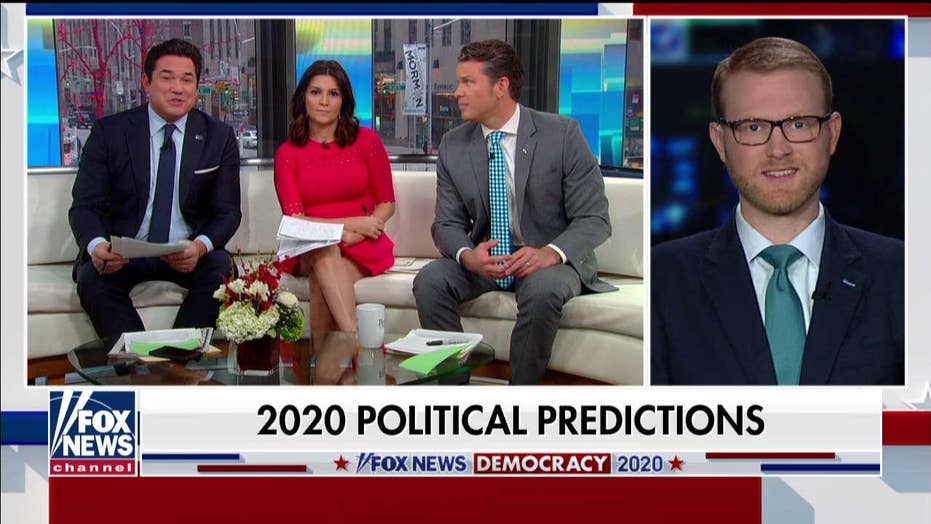 Explaining his bold prediction, Meyer pointed at the changes introduced to the way delegates are designated in the Democratic Party. He said the elimination of superdelegates and winner-take-all primary contests adds up to bad news for the former vice president, even though he now leads in national polls.

Meyer said in states where Biden is ahead he holds only small leads, meaning that candidates like Sens. Bernie Sanders and Elizabeth Warren will also be picking up delegates there. He said once Warren or Sanders drop out of the race, their delegates will switch to support the other.

"If you look at Elizabeth Warren and Bernie Sanders, they’re right behind him in most of these states or beating him in [Iowa and New Hampshire]. So when you add up the two socialist candidates versus the one moderate candidate, they overtake him," Meyer said.

"And so as these delegates amass, you’re going to see basically the left wing of the party is going to have more delegates at the end of the day. So when Bernie Sanders or Elizabeth Warren drops out, those delegates will consolidate behind one candidate that’s not Joe Biden, and that spells trouble for him.

"I think he's cooked," he concluded.

Running down the Democratic race: Biden leads with 30 percent, followed by Sanders at 20 percent. Warren returns to third with 13 percent, down from a high of 22 percent in October.

Listing his other 2020 political predictions, Meyer said he believes the USMCA trade deal will be passed and signed into law in the next three months, while a China trade deal will not pass in Congress.

He also said he believes Trump will win in 2020 based on the strong economy and anticipated Warren or Sanders will be the Democrats' nominee.