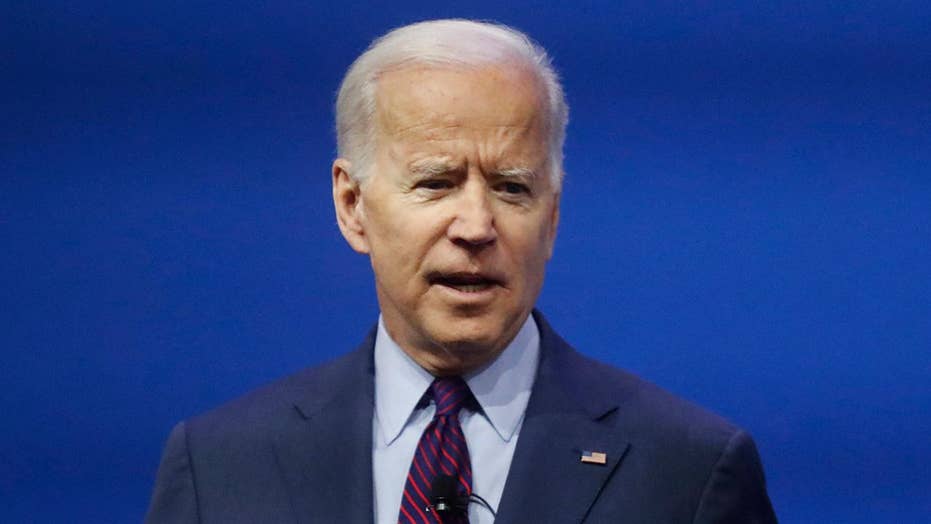 Swamp Watch: Did Joe Biden use his influence to get his son a job in Ukraine?

Breaking down the links between Joe Biden, Ukraine and Hunter Biden working for Burisma

Moderator Tim Alberta asked: "Three consecutive American presidents have enjoyed stints of explosive economic growth due to a boom in oil and natural gas production. As president, would you be willing to sacrifice some of that growth, even knowing potentially that it could displace thousands, maybe hundreds of thousands of blue-collar workers in the interest of transitioning to that greener economy?”

“The answer is yes,” the former vice president said.

But Biden -- the front-runner in national polling in the Democratic nomination race -- emphasized that “the opportunity for those workers to transition to high-paying jobs ... is real.”

“We’re the only country in the world that’s taken great, great crises and turned them into enormous opportunities,” Biden added. 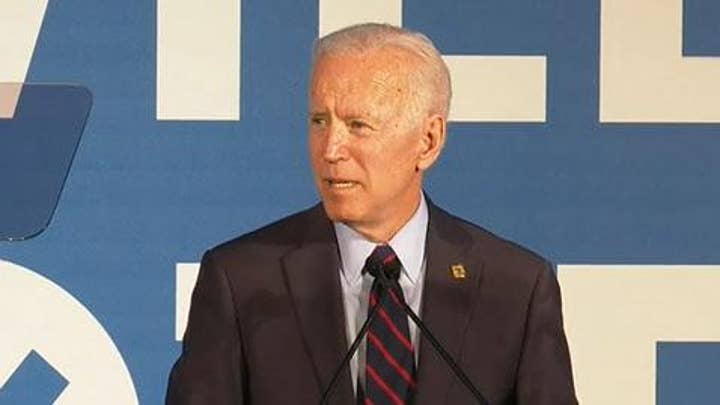 The former vice president provided an example of how in moving to a green energy economy, new jobs would replace lost jobs.

But he insisted that “we have to make sure we explain it to those people who are displaced that their skills are going to be needed for the new opportunities."

The pro-Republican America Rising PAC quickly picked up on Biden’s answer, comparing it to a line Democratic presidential nominee Hillary Clinton made during the 2016 debates with then GOP nominee Donald Trump.

He then highlighted Clinton’s line from 2016 when she said “we're going to put a lot of coal miners and coal companies out of business.”

Biden -- along with every other Democratic presidential contender -- is calling for transforming the nation’s economy off fossil fuels and toward clean energy in order to dramatically lower carbon emissions. Their stances stand in sharp contrast with President Trump, a climate change skeptic who once called it a “hoax.” Trump emphasized earlier this year that America’s wealth is built on energy and that “I’m not going to lose it on dreams, on windmills.”