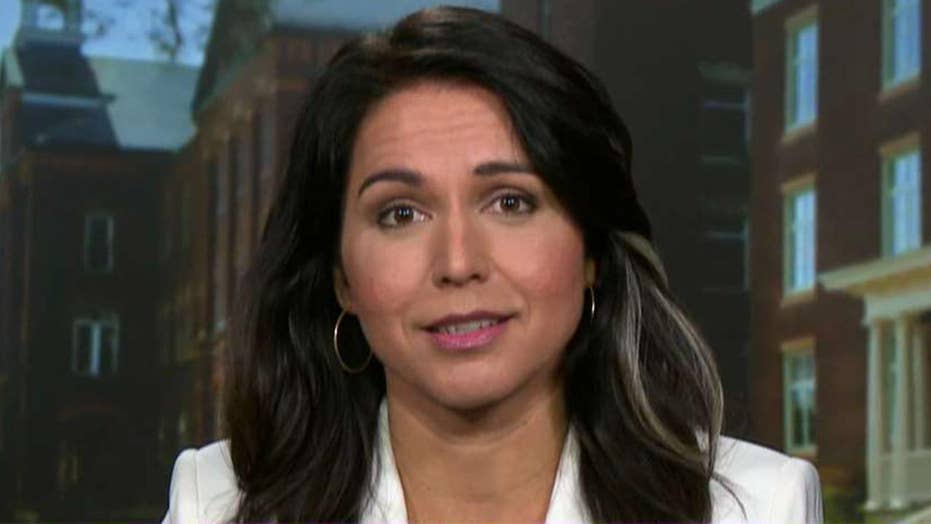 Appearing on "Fox & Friends," Gabbard argued that the airstrike violated the Constitution because there was no declaration of war from Congress.

"It further escalates this tit-for-tat that's going on and on and on. [It] will elicit a very serious response from Iran and [push] us deeper and deeper into this quagmire," she said. "And it really begs the question: for what?"

Gabbard said that while there is "no question about how evil" Soleimani was, "the real question is what are we trying to accomplish here in the country?"

Secretary of State Mike Pompeo said Friday on "Fox & Friends" that the Thursday airstrike shows President Trump has demonstrated to Iran's leaders that he will take "swift, decisive" actions to protect Americans.

Pompeo stressed that the Trump administration has shown military "restraint" in the face of dozens of attacks directed by Iran and its proxies against American interests, culminating in the death of an American contractor in Iraq last week.

In response, President of Iran Hassan Rouhani promised early Friday to "take revenge for this heinous crime" carried out by the United States.

"And where will this decision that this president made to escalate this, these tensions and this crisis, [lead us]?" Gabbard asked.

"It will lead us to an outcome that actually further undermines our national security and needlessly sends more of our troops into harm's way," she said.

"You know, Trump talked a lot in his campaign for the presidency -- and even since he's been in office -- about how he wants to end forever wars, but his actions tell a different story," Gabbard stated.

"Just since May of last year alone...we've seen more than 15,000 U.S. troops -- additional U.S. troops -- being deployed across the Middle East," said the Army National Guard veteran. "All of these actions pushing us closer and closer to this war with Iran, and this step that he just took last night seriously escalated the situation.

"It's becoming more clear that our troops are really there to fight against Iran -- once again, a war that Congress has not authorized," she concluded.