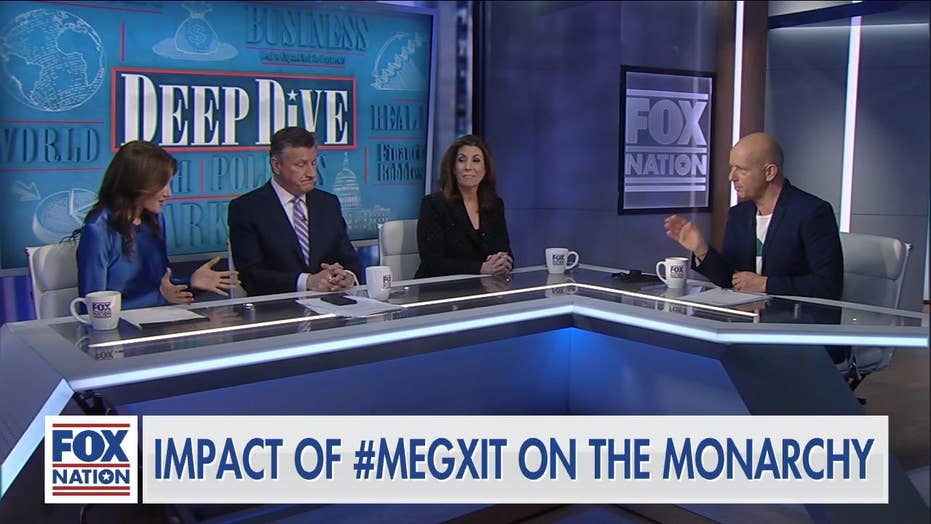 Are Prince Harry and Meghan bound for big Hollywood payday?

Prince Harry and Meghan Markle may be set for a bright future in Hollywood, as Queen Elizabeth II appeared to give her blessing to the royal couple's plan to "step back" from their formal roles within the British monarchy.

"I can tell you one thing's for sure," said Variety correspondent Elizabeth Wagmeister on Fox Nation's "Deep Dive" on Monday. "When they say that they want to be financially independent, they are absolutely about to cash into big Hollywood bucks."

The queen's statement noted that the royal couple expressed a desire to provide for themselves, as they "have made clear that they do not want to be reliant on public funds." And it appears that they have been taking steps in that direction.

Last weekend, video surfaced showing Prince Harry speaking with Disney CEO Bob Iger at the premiere of "Lion King" last summer. Harry is heard telling Iger that Meghan does voiceover work, as Meghan stood nearby chatting with Jay-Z and Beyonce. On Saturday, the U.K.'s The Times reported that the duchess already recorded a voiceover for a Disney project.

"We have reached out to Disney," said Wagmeister.  "There is no comment. From my experience, when there is no comment that usually says this might be true because there's no denial. So we'll see."

"Here in America, it seems to me... you're seeing the classic Hollywood liberal celebrity world lining up strongly to support Meghan — Ellen DeGeneres, Oprah, all the rest of them," he said. 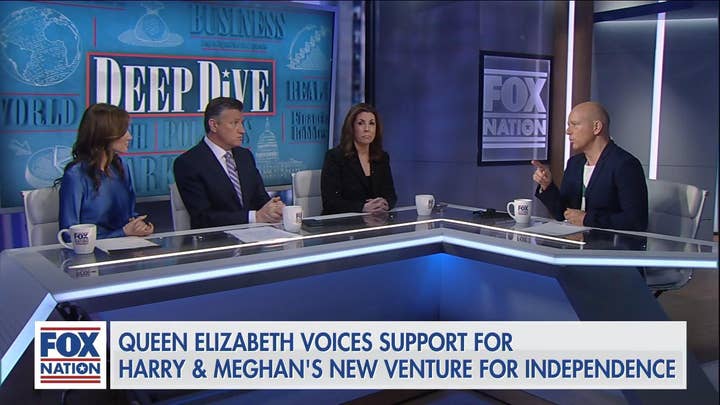 "Hollywood has loved Meghan Markle since she married Prince Harry," noted Wagmeister. "They didn't care about her when she was on 'Suits,'" she said in reference to Markle's role in the USA Network show that ended its run in 2019, after nearly 10 years.

QUEEN'S STATEMENT ON HARRY AND MEGHAN: ROYALS WATCHERS READ BETWEEN THE LINES