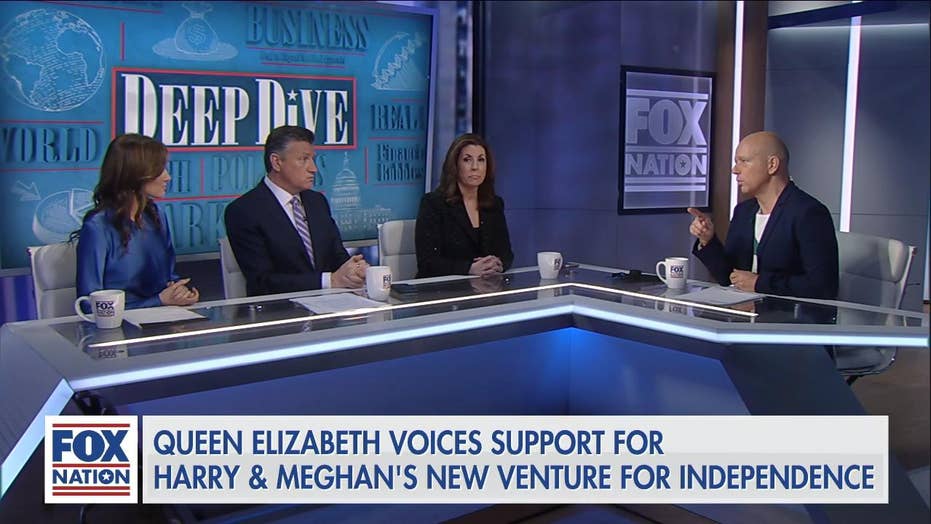 Queen Elizabeth II expressed her support for Prince Harry and Meghan Markle in a new statement released Monday in response to the royal couple's announcement that they intend to "carve out a progressive new role" for themselves within the British Royal Family.

"It feels like the most emotional words I've ever heard from the Queen," said Steve Hilton, Fox News host and former senior adviser to former U.K. Prime Minister David Cameron, on Fox Nation's "Deep Dive." "It's very interesting. It feels very personal in a way that I've never seen before," he continued.

"Today my family had very constructive discussions on the future of my grandson and his family," wrote the 93-year-old Queen after speaking with Harry on Monday.  It is unclear whether Meghan was also involved in the conversation.

"We respect and understand their wish to live a more independent life as a family while remaining a valued part of my family," the Queen's statement continued. "Harry and Meghan have made clear that they do not want to be reliant on public funds in their new lives."

"It only made one specific statement, though, that they do not want to take public funds," observed Fox News political contributor Tammy Bruce.  "That is the only new thing, because that had also been the biggest complaint" of Harry and Meghan's critics.

In the royal couples' announcement last week, they addressed the issue of continuing to receive public funds, writing, "We intend to step back as ‘senior’ members of the Royal Family, and work to become financially independent. while continuing to fully support Her Majesty The Queen."

"It hasn't -- as you say -- resolved the big questions," said Hilton, agreeing with Bruce. In fact, Harry's father has attempted to address looming questions over the role of the British monarchy in the 21st century.

"It's a point that Prince Charles himself has been making," said Hilton, "which is in the modern era, people don't want -- in the phrase that's used a lot in the U.K. -- these hangers-on. ... They're never going to be king or queen, so why should the taxpayers fund their lavish lifestyle? Let's just slim it all down and focus on the core Royals who are really much closer to the line of succession to carry out their constitutional duties. That's the sort of underlying point. And that could have been worked out." 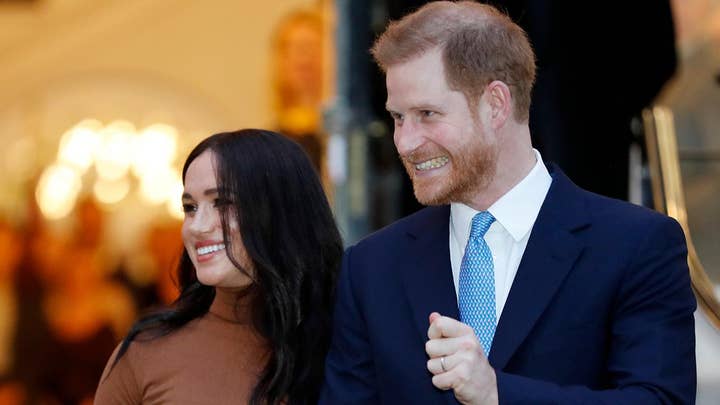 "It was always known that Harry felt this way and increasingly so," added Fox Business host Ashley Webster, who is a U.K. native. "And so it will come as no surprise to the Queen. The thing that really threw ... a spanner in the works was the fact that he did this without telling anyone he was going to do it. They knew he felt this way. And that's why the Queen was reportedly very hurt and disappointed."

"Even if you are the Queen -- that's an embarrassment when this public statement [from Harry and Meghan] is made in such a grand way," said Variety correspondent Elizabeth Wagmeister.

Returning to the Queen's statement, Hilton said that it does seem to reduce tensions. "What it does do, I think, is trying to take some of the heat and the kind of confrontation out of this situation. It's a very conciliatory statement. And I think it'll go a long way to say, 'Look, you know, we're a family. We're talking about it. This is being done in a constructive way.' The tone is interesting."