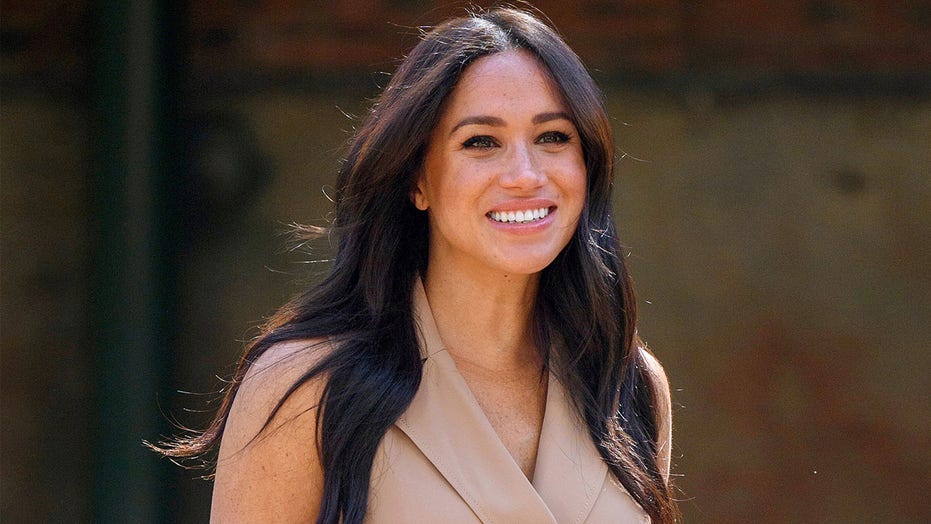 Meghan Markle is wasting no time embarking on her and Prince Harry's independent career path amid their exit as senior members of the royal family.

The Duchess of Sussex already inked a deal with Disney before she and Prince Harry shocked the world with their "Megxit" announcement this week, according to a new report.

Meghan Markle inked a new deal with Disney ahead of her and Prince Harry's monumental "Megxit" announcement, a new report claims. (Getty)

U.K.'s The Times claims the duchess recorded a voiceover for a Disney project before she and Prince Harry left for a six-week-long sabbatical ahead of the Christmas holiday.

The outlet claims Markle did the voiceover in return for a donation to Elephants Without Borders, a non-profit organization in Botswana that aims to protect the species from poaching.

Meghan Markle reportedly recorded a voiceover with Disney, and in turn, the money earned will be donated to a charity helping to save elephants, according to the report. (AP Photo/Kirsty Wigglesworth)

News of the deal comes months after Markle attended the U.K. premiere of "The Lion King" in London. The Duchess' attendance at the red carpet event made headlines after she was spotted speaking to Pharrell about the lack of privacy that comes along with being a royal.

As Pharrell complimented Meghan and Harry's marriage, the Duchess of Sussex responded, "Oh, thank you. They don't make it easy."

As a part of their big announcement on Wednesday, Prince Harry and Meghan updated their official Sussexroyal.com website with answers to burning questions about how the couple's finances would be impacted by reduced royal roles.

The couple explained that in the current structure, they do not earn "any income in any form," but value the "ability to earn a professional income."

A rep for Elephants Without Borders did not immediately respond to Fox News' request for comment.