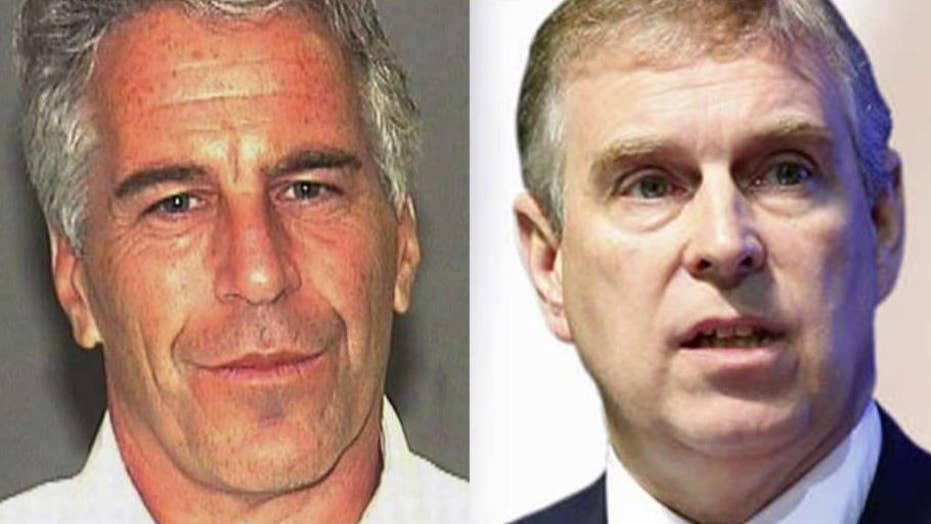 Jonna Spilbor: 'Horrible idea' for Prince Andrew to talk to FBI on Epstein

Criminal defense attorney Jonna Spilbor says Prince Andrew has 'no obligation' to assist the investigation into Jeffrey Epstein after lawyers for the victims urge his participation.

Criminal defense attorney Jonna Spilbor argued that Prince Andrew is "teetering on being criminally accused," following a disastrous recent interview of the British royal and growing calls from Jeffrey Epstein's victims that the Prince should meet with U.S. investigators as soon as possible.

"I realize this is a very sensitive case, numerous victims, horrible allegations," said Spilbor on America's Newsroom on Friday. "But if I were advising him ... he really needs to stop talking. He really needs to shut up."

The Duke of York announced Wednesday that he was retreating from his royal duties “for the foreseeable future” in what amounted to Buckingham Palace firing Queen Elizabeth's second son over his relationship with the convicted sex offender and accused sex trafficker, Epstein. In a statement, Andrew said he was "willing to help any appropriate law enforcement agency with their investigations, if required."

On Thursday, Gloria Allred, who is representing several of Epstein's victims, said the prince must tell U.S. authorities about what he knows regarding an alleged sex trafficking ring run by Epstein and potentially involving Epstein's close friend, Ghislaine Maxwell.

"I'm glad that he's willing to speak to law enforcement, although I am not sure what he means by quote 'if required' end quote," said Allred. "Is he insisting that he be served with a subpoena to testify?"

All of this follows a widely panned interview that Andrew did with the BBC on Monday, during which he denied that he had a sexual relationship with an underage girl, Virginia Roberts Giuffre, at Maxwell's home in London in 2001.

Giuffre's allegation and others are detailed in the Fox Nation documentary, "The Twisted World of Jeffrey Epstein." 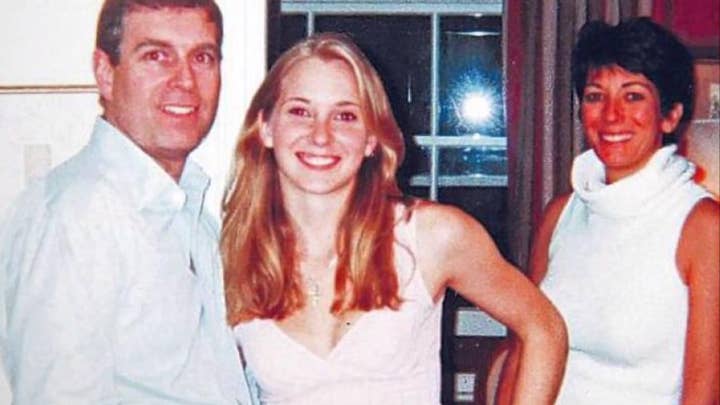 "There is a pretty damning 2001 photo of Prince Andrew wrapping his hand around Virginia Giuffre's waist when she was a minor," continued Llenas, who covered the Epstein case for Fox News. "And in the background, you can see who is widely known as the primary alleged primary co-conspirator and his former ex-girlfriend, Ghislaine Maxwell. He says that he has never seen Jeffrey Epstein take part in the alleged behavior."

In addition, Llenas said, "There is a Daily Mail video reportedly from December 6, 2010, that shows Prince Andrew sort of peeking out the front door of Jeffrey Epstein's New York City mansion. What makes that look even worse is that a young brunette is seen leaving the house as he's opening that door. And less than an hour before that, Jeffrey Epstein is seen exiting his home with a young blond. Prince Andrew is now saying that 2010 visit was about him formally breaking his friendship with Jeffrey Epstein. That is what he says."

"First, they want Prince Andrew to admit that he was having sex with his accuser," said Fuhrman. "Once that is established ... they'll want to know just how did Epstein set up the meetings with girls and what was Maxwell's part. Lastly, who else was at these Epstein parties?"

"The investigators need participants to show intent and knowledge," Fuhrman explained. "The FBI is still looking to indict Maxwell. She is in hiding but the FBI is trying to develop a case ... They want to establish an ongoing sex trafficking ring to work inside the statute of limitations so they can charge Maxwell and others."

In Fox Nation's "The Fuhrman Diaries: Special Investigation," the 20-year veteran detective spoke about the people in Epstein's orbit, who may have helped enable his behavior.

"You kind of wonder how does Jeffrey Epstein's get away with this?" Fuhrman told Fox Nation.  "There's been many people that have been described as having hung around him, socialized with him, friended him. We have Prince Andrew, I mean, the heir to the throne of England." 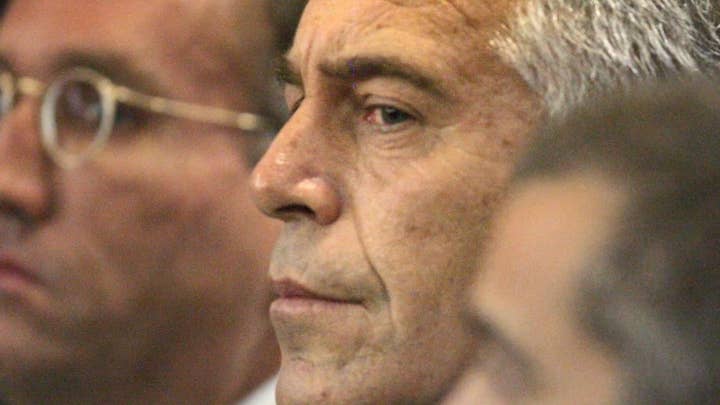 America's Newsroom host Sandra Smith asked Spilbor what may come next for the British royal. "He can cooperate willingly or he can be subpoenaed.  Would it help his case if he voluntarily communicated and cooperated with authorities?"

"I say 'No,'" answered Splibor. "He's got pictures of himself with a girl who is underage at the time who said that she was forced to have sex with him. That is a crime."

"If he is subpoenaed, he would be able to plead the fifth because he is teetering on being criminally accused," she concluded.

To watch all "The Twisted World of Jeffrey Epstein" and "The Fuhrman Diaries: Special Investigation" go to Fox Nation and sign up today.