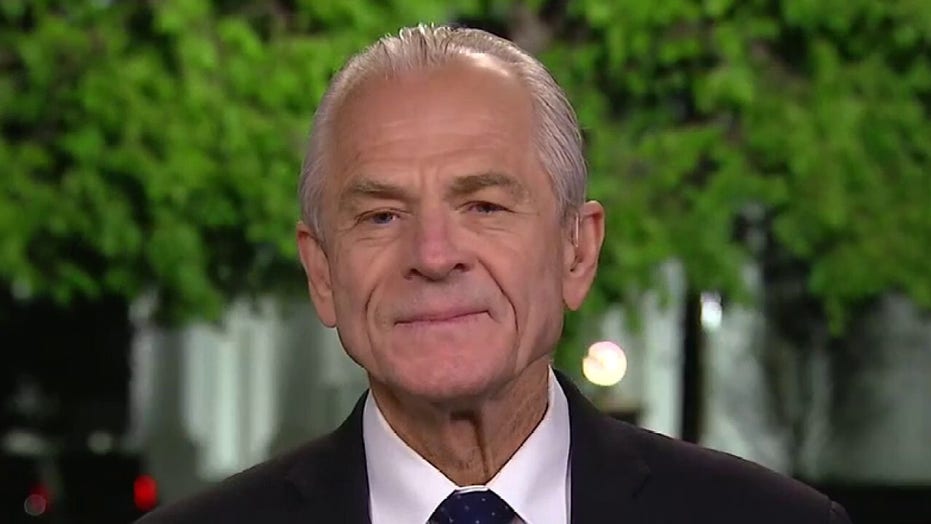 We will have to hold China accountable when the COVID-19 crisis is over, says Peter Navarro, director of the Office of Trade and Manufacturing Policy.

"They spawned the virus, probably in that ... lab right there in China and then they hid it behind the shield of the World Health Organization," Navarro began.

"What that did over a six-week period is allow hundreds of thousands of Wuhanians basically to get on aircraft and seed the world," Navarro continued.

"While they were doing that, and this is just disgusting -- what they did was they vacuumed up all of the world's masks, gloves, goggles, personal protective equipment, two billion masks," he went on. "That's why in Milan, New York and other places, our people didn't have them. And now, Sean, you know what they're doing?

"What they're doing is profiteering from this crisis, charging ... for a 50-cent mask, $3, $4, $5 and more and sending us counterfeit tests," Navarro went on.

"That's the four kills, the killing of Americans and people internationally. What is puzzling to me is why the mainstream media and the national Democrats don't get that."

Navarro later responded to a new poll from the Pew Research Center which found that two-thirds of Americans say they have an unfavorable view of China.

"The Pew poll that came out today was the most stunning affirmation of President Trump's leadership," Navarro said.

"Over 90 percent of Americans see China as a major threat, over 70 percent have an unfavorable view of China," he went on. "It's across party lines and I can't help but think of the 9 percent that don't see China as a threat, they are the commentariat over at the fake news media and national Democrats like Nancy Pelosi and Joe Biden who basically don't want to blame anybody [but] Donald Trump for this Wuhan virus."

Navarro added, "What I would say to the American people is, you got it right in that poll. We are going to have to hold China accountable when this is over."

For the moment, however, Navarro said his efforts remain focused on "the supply chain to make sure that Americans at the front lines have PPE and medicines they need."

"And," Navarro added, "we are going to have to bring those supply chains home right here to America."