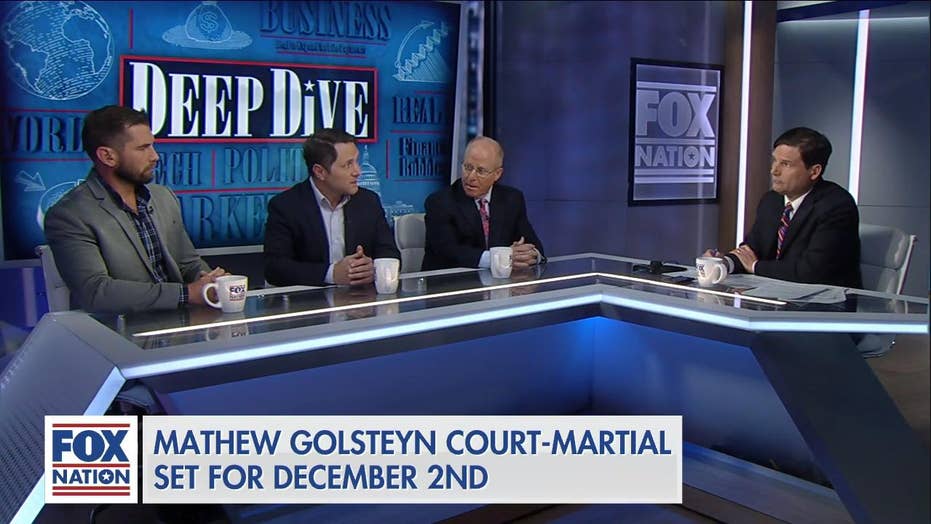 Expert panel: Trump should pardon troops convicted of crimes on the battlefield

President Donald Trump's decision on Friday to grant clemency to one Army officer convicted of war crimes, another facing charges and a third Navy SEAL, who was punished for behavior in a warzone has sparked new debate how America treats its warfighters.

On Fox Nation's, "Deep Dive," Wall Street Journal editorial page assistant editor James Freeman spoke to a panel of military veterans and a legal expert, before the President's decision to grant clemency to these troops.

Army 1st Lt. Clint Lorance was released from the military prison at Fort Leavenworth, Kansas on Friday evening, six years after being found guilty of second-degree murder.  He was serving a 19-year sentence.

Maj. Matt Golsteyn, a former Green Beret, will have the murder charge against him dropped.  He was set to be tried for killing a Taliban bombmaker in Afghanistan.

Navy SEAL Chief Eddie Gallagher was acquitted in July of the murder of an Islamic State (ISIS) member in Iraq, though he was convicted and his rank was reduced over one count of taking a photo with an ISIS fighter's body.  President Trump restored Gallagher's rank.

Evan Hafer, a former Green Beret and co-founder of the veteran-run company Black Rifle Coffee, suggested that presidential intervention is appropriate in some cases, because he argued that more must be done to support troops who have carried "the burden and the psychological and physical weight" of the global war on terror for "over almost two decades now."

"The real issue here is the lack of responsibility from Congress, Senate and the chain of command to make sure that the men and women of our services have a healthy transition -- not only a transition, it starts within service," he continued. "You cannot continue to deploy tens, if not hundreds of times for some of these guys. I know some of these guys, they're 50, 60-years old now. They've been at war their entire adult lives. They entered a combat zone at the age of 18. And they're still not done carrying the work of this country." 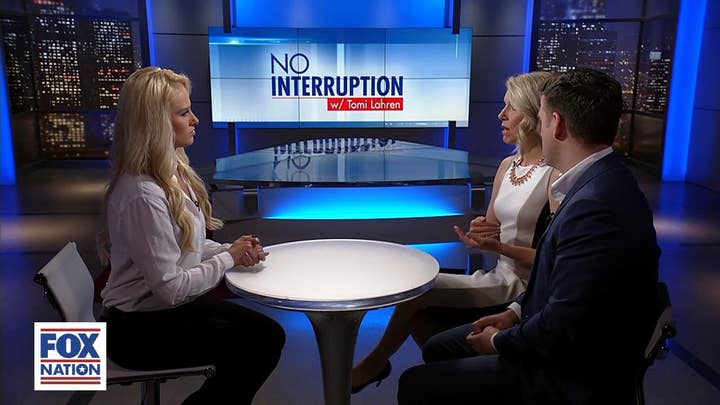 "You have to look at it with that lens," said David Schoen, who is a federal criminal defense and civil rights lawyer. "They are dealing with evil every day ... These are not just ordinary people walking down the street who decided to commit a crime. They're people under the gun all the time with that kind of real-life pressure every day. They're reacting to the best of their ability, the way that their training trains them. That's not something ordinarily that should be dealt with through the criminal law."

"The soldier didn't start the war, right?" Hafer continued. "The Green Beret didn't start the war. He killed a bomb maker. He was convicted. But the real questions people should be asking is what led into that decision? How is the command taking responsibility? How is the country and Congress taking responsibility for the weight and the psychological and physical effects of this war? Everybody should be asking themselves that question, not whether or not one individual made a mistake."

NAVY SEAL WHO KILLED BIN LADEN: WHAT YOU MISSED IN VIDEO OF AL-BAGHDADI RAID

Former U.S. Army Ranger Mat Best, who deployed five times to Iraq and Afghanistan, agreed with that sentiment, saying: "Did we all forget these are the guys right now strapping on night vision to go out and hunt the worst enemies of America right now? That's what they're doing ... If we're willing to send them to war, we better be willing to support them through that and postwar 100 percent."

Freeman remarked that Hafer and Best seem to be expressing the President's position, which Freeman interprets to be, "we need to understand these enormous sacrifices these guys are making. We can't make unreasonable demands of them in a courtroom after we've just made ... incredible demands of them on the battlefield."