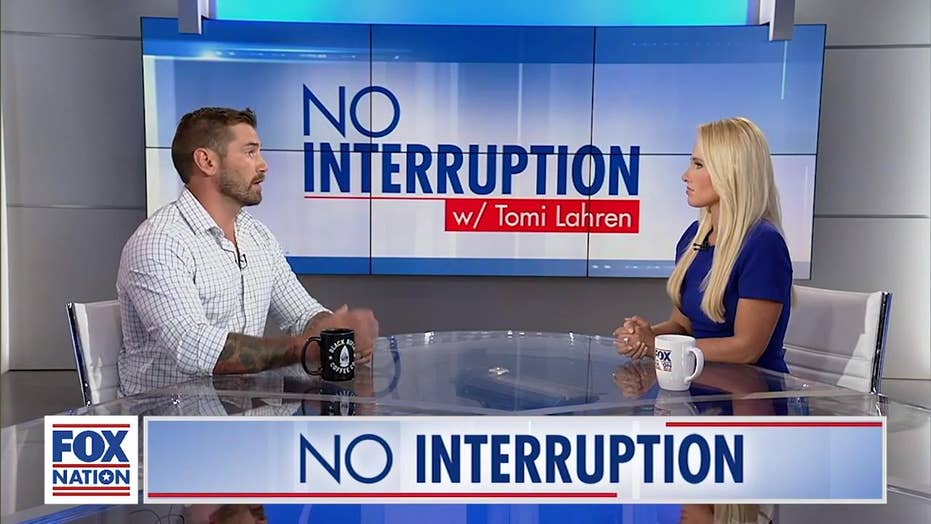 Best's Youtube channel has more than 1 million subscribers, but he is also known for co-founding Black Rifle Coffee Company, a veteran-owned business that reportedly grosses over $30 million annually.

In her latest episode of "No Interruption with Tomi Lahren", Tomi asked Best about the decision to start the company, and how it was influenced by a perception that U.S. corporate culture doesn't necessarily celebrate "American values."

"The name is Black Rifle Coffee because it pays tribute to our service, and the service rifle was life-saving equipment for us. And as the company has progressed there have been a lot of corporate entities that do not think like us.  They are very unpatriotic, they do not believe in American values, and so when we created this company, we went 'Let's let people vote with their dollar.'  Let's put content out that is hyper-transparent, so people know what we're doing and what we believe in...and I think that there is a large part of America that is refreshed by that take in business, because we're not placating to P.C. culture, we're saying it how it is, and it's ok to be a little irreverent and have fun," said Best.

"I think that there is a large part of America that is refreshed by that take in business, because we're not placating to P.C. culture, we're saying it how it is, and it's ok to be a little irreverent and have fun."

Best enlisted in the U.S. Army at the age of 17.  He deployed five times to Iraq and Afghanistan with the 2nd Ranger Battalion, 75th Ranger Regiment.  After leaving service, Best worked as a CIA contractor.  He believes that the experience set him up for success in civilian life, "I can't believe I made it through the selection process at the young age, but I guess I am too dumb to quit.  It really set me up to be the man that I am today and being able to progress this far in my career at a relatively young age still."

Tomi asked Best to respond to critics who may accuse him and other entrepreneurial veterans of, "profiting off your service...somehow...profiting off of war and tragedy."

"I think that they are moronic because you can ask someone, 'Where did you go to College? Harvard' well you are profiting off going to Harvard. These are experiences that I had and they molded me into the man that I am...And it shows people serving -- 18 or 19 [year olda] -- that there is a road forward post-service that they can go down and do what they want," said Best.

Through it all, Best said that his company's greatest accomplishment involved giving back to fellow veterans.  "One of the proudest moments of my life has been looking back at all of the influence that we've had over the veteran community...We're here to grow as a community and show the world that we're not all messed up people with health issues and mental issues.  The majority are functioning civilians that love America and just want to participate in the civilian sector," explained Best.

The desire to support veterans was also a driving force behind Best's new book, "Thank You for My Service."

In an interview on "Fox and Friends" earlier this month, Best said the book is a "transparent, honest look at what it is like to serve in the military, and not only that but post-military, the transition out, acclimating back into the civilian sector...and I want civilians to understand what we went through and how we can succeed."

Best told Tomi that he's motivated to change public perceptions of warfighters, "I think too often, veterans as a whole are kind of demonized and civilian-culture looks at us in a very negative light." Best said he is taking the "opportunity to tell stories of legendary men and women that I have served with and putting it in a book that's going to live forever."

To see Tomi's entire interview with Mat Best on "No Interruption with Tomi Lahren" visit Fox Nation and join today.