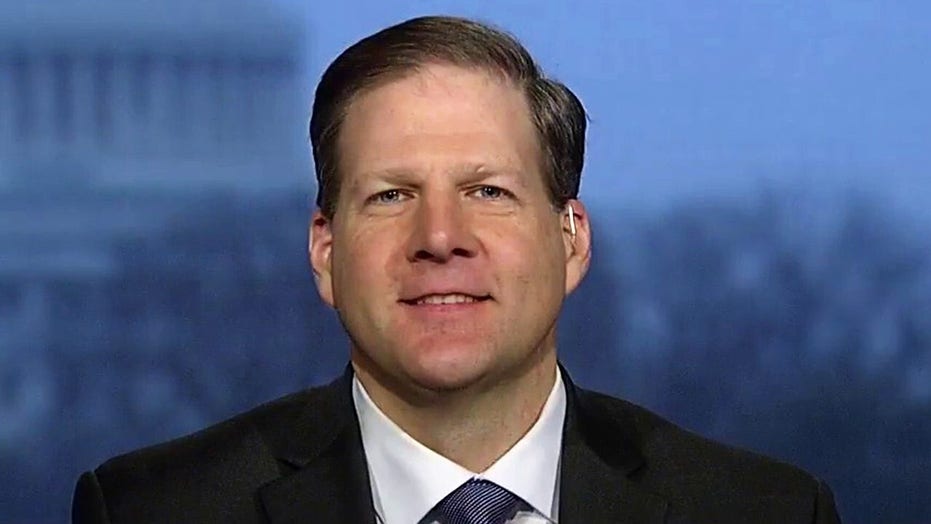 President Trump and Bernie Sanders do well in New Hampshire because their views are genuine, says Republican Governor Chris Sununu.

New Hampshire Governor Chris Sununu sat down with Fox News Radio's Jessica Rosenthal to offer his predictions as voters head to the polls in the Granite State's first-in-the-nation primary.

"I'm not trying to bash on Iowa, but we're so different," Sununu said on the  "Fox News Rundown" podcast. "We're very proud of it. It’s not a tradition. I think it's an earned responsibility and we hope to continue."

The Republican governor predicted a sweeping victory for President Trump in his state this November, adding that current Democratic frontrunner Sen. Bernie Sanders, I-Vt., does not possess the "widespread or diverse" support necessary to defeat the incumbent.

"You can't even touch him [Trump] when it comes to rallying a base and actually not just pandering, but talking and talking about successes for the middle class."

Sununu also remarked that he believes Trump will get "more votes than any of the Democrats get" in Tuesday's primary, and took jabs at Sen. Elizabeth Warren, D-Mass., saying both Democrats and Republicans “aren’t dumb” and won’t vote for a candidate who isn’t honest with them.

"We want to look in the eye [and] see who you are as a person. Warren's a phony," he said. "At the end of the day, even Democrats look and say, 'We may not agree with everything Bernie wants because he's so extreme, but at least he's honest about it. At least he's telling us the truth.' And what you get in private is what you get in public. Warren comes off as placating, as pandering."

As far as Trump's support in the state, Sununu said the president "deserves a lot of credit" for helping to make New Hampshire "the strongest economy in the Northeast," in large part due to the tax reforms implemented under his administration.

"What does that mean?" he asked. "More money for families, better quality life, higher wages, better job growth. Those are things that impact people's pockets. And at the end of the day, a lot of people vote in the interests of themselves, their neighbors, and their communities."

Though Sanders is the heavy favorite to win Tuesday's primary, Sununu said observers shouldn't discount the possibility of an unlikely result.

THE FINAL POLL POSITION IN NH AHEAD OF TUESDAY'S PRIMARY

"What New Hampshire's all about is the surprise stories," Sununu said. "I think Klobuchar, and I think a lot of people, would agree is going to do better than most people think. [Joe] Biden will do a little worse where Warren ... My sense is she's kind of stagnated," he said.

Sununu added that while he anticipates strong results for Sanders, "it won't be like last time," referring to Sanders' smashing victory over Hillary Clinton.

"He'll probably get somewhere in their neighborhood of 28 to 30 percent [of the vote] this time."