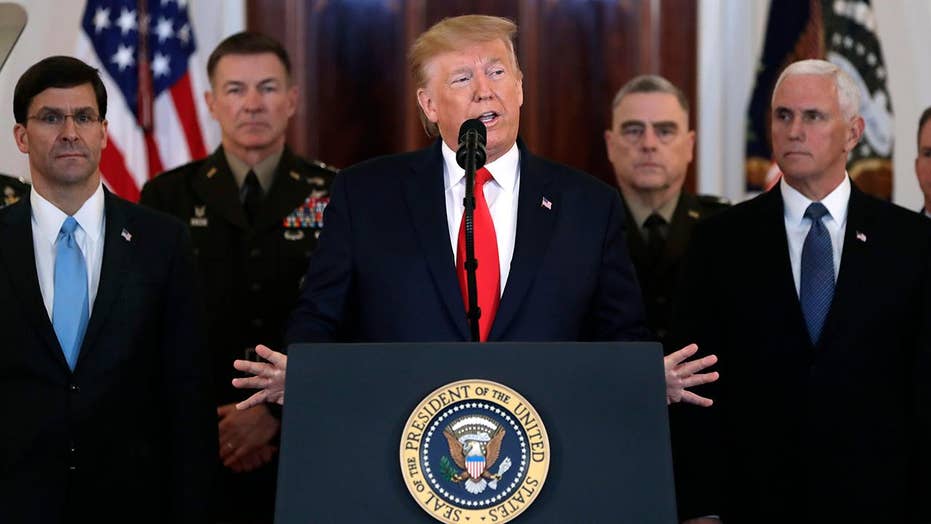 Trump says he will impose more sanctions on Iran; reaction and analysis on 'The Five.'

While Soleimani's funeral was widely publicized as thousands took to the streets of Tehran earlier this week, NBC News took it a step further by providing coverage of his burial in his hometown.

Critics slammed the network for promoting the terrorist mastermind's burial on social media.

"He was responsible for killing more than 600 Americans. The last one was a man named Nawres Waleed Hamid, who worked for the military and was buried last Saturday in Sacramento. What the hell is wrong with you?" author and Afghanistan veteran James Hasson reacted.

"Why, and I can't stress this enough, *the hell* are you streaming this?" DailyWire's Jessica Fletcher similarly asked.

"He was a terrorist. No thanks," Anna Khait tweeted.

NBC's sister network CNBC was also recently criticized for referring to Soleimani's killing as America taking out "the world's No. 1 bad guy."