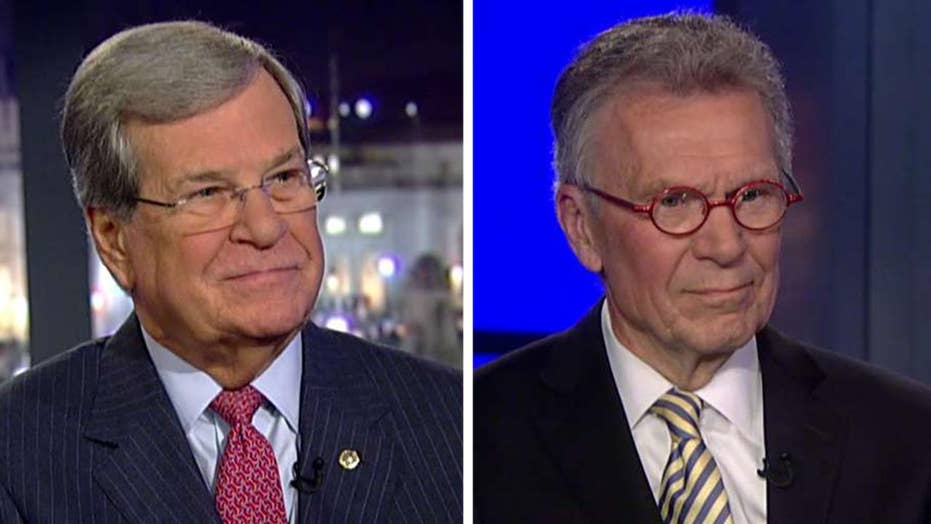 Time magazine was slammed on Tuesday over a bizarre article meant to help parents explain the significance of the killing of Iranian Gen. Qassem Soleimani.

"If you need help talking with the children in your life about the aftermath of Iranian Gen. Qassem Soleimani's killing, @timeforkids has a guide to explaining the topic," Time tweeted.

In the introduction to the "guide," Time for Kids executive editor Jaime Joyce acknowledged that children who are watching the news "are likely to have lots of questions" about last week's airstrike ordered by President Trump and that it's a "difficult topic to explain to kids."

"Trust your instincts. You know your kids best. Use that knowledge to gauge the depth and breadth of your discussion," Joyce wrote. "Sometimes, it’s best to let a child take the lead and only answer the questions that are asked. Often, brief and simple answers can satisfy a child’s curiosity."

However, some of the questions and answers in the so-called "guide" raise eyebrows.

"Who was [Qassem] Soleimani? [Qassem] Soleimani was a top military leader in Iran, a country in the Middle East," the guide simply stated, without going into any detail about the hundreds of American soldiers and the thousands of civilians Soleimani is said to be responsible for over decades.

"Why did the U.S. take action against Soleimani? President Donald Trump has called Soleimani a terrorist," the guide continued. "Trump says Soleimani ordered attacks on American military and diplomats and was planning attacks against Americans in the Middle East. For this reason, Trump ordered the U.S. military to kill Soleimani. The drone attack took place at an airport in Baghdad, in Iraq. An Iraqi leader was also killed."

It added, "The U.S. strike came after a series of recent attacks by Iran against Americans in Iraq. On Dec. 27, a rocket strike killed one American civilian and wounded several U.S. service members. There was also a Dec. 31 attack on the U.S. embassy in Iraq. Trump says Soleimani ordered these attacks."

Under the question, "Why don't the U.S. and Iran get along?" Joyce pointed to the 1979 hostage crisis and noted that "tensions increased" in 2018 when Trump withdrew the U.S. from the Iran Nuclear Agreement and hitting the regime with sanctions that have "hurt Iran's economy." However, the guide doesn't acknowledge Soleimani's heavy involvement in terrorist acts and other acts of violence throughout the Middle East.

The "guide" was widely mocked on social media, with critics coming up with what they would say to their own kids.

"A bad man who killed tens of thousands of people including hundreds of Americans was blown up," conservative commentator Ben Shapiro responded.

“The guy who threatened another Holocaust of our people, and who had the means to try to carry it out, is gone. I hope that’s ok with you kids.” Washington Examiner executive editor Seth Mandel wrote.

Others slammed Time magazine for the substance of the guide.

"@TIME Magazine published a guide for how to talk to your kids about the death of Soleimani and the situation with Iran. They describe Soleimani as a 'top military leader' and attribute the fact that he’s a terrorist to Trump’s opinion only," journalist Steve Krakauer reacted.

"Our military killed a terrorist. This headline makes it sound like he was a role model. Ridiculous," Casey Contres, campaign manager for Sen. Cory Gardner, R-Colo., tweeted.

"TIME for Kids”? I thought it was called @voxdotcom," writer Kate Hyde joked.