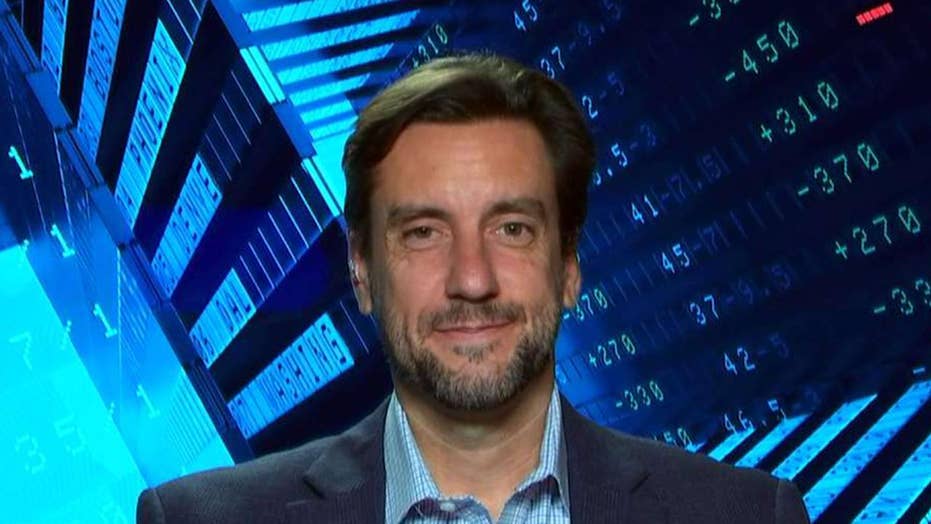 Clay Travis reacts to the NBA caving to China

The NBA, which has rarely hesitated to speak out on U.S. political matters in recent years, showed "no spine" this week when faced with an opportunity to denounce China's alleged human rights abuses, Fox Sports Radio host Clay Travis said Friday.

"They have no spine when it comes to what's going on in China," Travis told Fox News host Laura Ingraham on "The Ingraham Angle."

"This is, I believe, the worst week that any pro sports league has had in my life," he added.

What started last weekend with a tweet from the Houston Rockets general manager, praising pro-democracy demonstrators in Hong Kong, devolved into a series of what critics viewed as mealy-mouthed statements from several NBA figures as they seemingly looked to avoid angering the communist government in Beijing.

The flap came while two of the league's teams -- the Los Angeles Lakers and Brooklyn Nets -- were in Shanghai for two preseason games and other scheduled events, several of which were ultimately canceled because of the controversy. 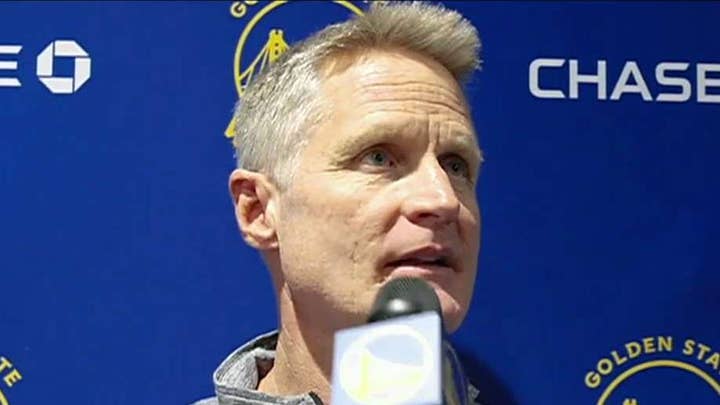 On Friday, Travis told Ingraham the NBA has not been afraid to support domestic political movements in the past but has been reticent to criticize China.

He pointed to the NBA having relocated an All-Star Game out of Charlotte, N.C., over the Tarheel State's transgender bathroom law, and liberal-minded coaches like Gregg Popovich of the San Antonio Spurs and Steve Kerr of the Golden State Warriors frequently criticizing President Trump.

Travis claimed Kerr's comments in wake of the China controversy gave the impression that the governments in Washington and Beijing were "basically the same thing."

Speaking to reporters, Kerr was asked about China's alleged abuses and responded that America's own "record" has not come up in China.

"People in China didn't ask me about people owning AR-15s and mowing each other down in a mall," Kerr said. "The world is a complex place."

"So funny to watch Steve Kerr grovel and pander when asked a simple question about China," the president wrote. "He chocked [sic], and looks weak and pathetic. Don't want him at the White House."

For several days, the NBA's stars and coaches have appeared uncomfortable, unwilling or unable to discuss the pro-democracy protests in Hong Kong and China's mainland human rights abuses. The league's solution seemed to be shutting down discussion altogether.

The league announced Friday it would not hold any media availability events for the rest of its Chinese jaunt, a day after Beijing prohibited any kind of news conference before or after Thursday's preseason game between the Lakers and Nets.

The teams were scheduled to play again in China on Saturday morning, U.S. time, before returning to the U.S.