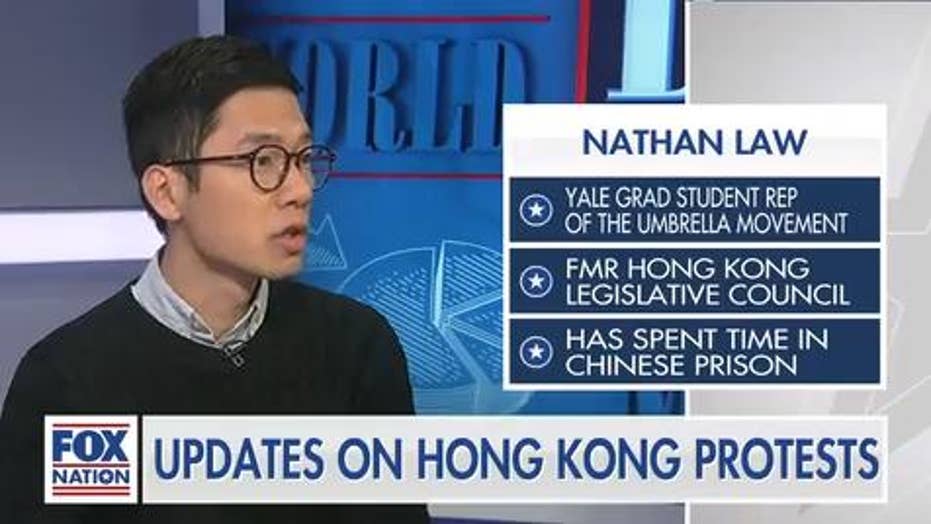 On Fox Nation's "Deep Dive," Wall Street Journal editorial board member Bill McGurn spoke with one of the young leaders of the pro-democracy movement in Hong Kong, who explained how his generation is responding to creeping Chinese communist control.

Nathan Law is now a graduate student at Yale University, but in 2014 he helped lead the so-called Umbrella Movement, which took part in protests in Hong Kong against growing Chinese influence over the semi-autonomous city.

In 2016, Law was the youngest person ever elected to serve in Hong Kong's Legislative Council, but he alleged that the pro-Beijing government conspired to oust him.

"My personal experience is actually demonstrating how the encroachment of Hong Kong had been ongoing for the past five years. And that is the reason why we've got a huge accumulated rage with this particular government," said Law on Fox Nation's "Deep Dive."

"I was elected at the age of 23, which makes me the youngest lawmaker in Hong Kong," Law said. "I took the oath and the president of the Legislative Council actually approved that. So I served the council for nine months."

However, in a controversial move, pro-democracy members of the council had their oaths invalidated and they were disqualified from serving.

"After that, I was locked in jail because of my participation in the 2014 very peaceful demonstration," said Law. "And that was seen as one of the reasons why the ongoing protests became a bit more violent than before because they thought that, 'Oh, if you express in a peaceful manner, this is the price for that.'"

In 2018, several members of the U.S. Congress nominated Law for the Nobel Peace Prize, and in September Bloomberg reported that he was on the shortlist to win the award.

"There's a ban on you being in public service for five years. Right?" asked McGurn.  "So again, it's a way... to get critics and pro-democracy people out of public life in Hong Kong. I mean, this is the kind of thing Hong Kong people see all the time, not just the heavy hand coming from Beijing, but they're always manipulating... To rig the system in their favor and silence, people that the Hong Kong people want to represent them." 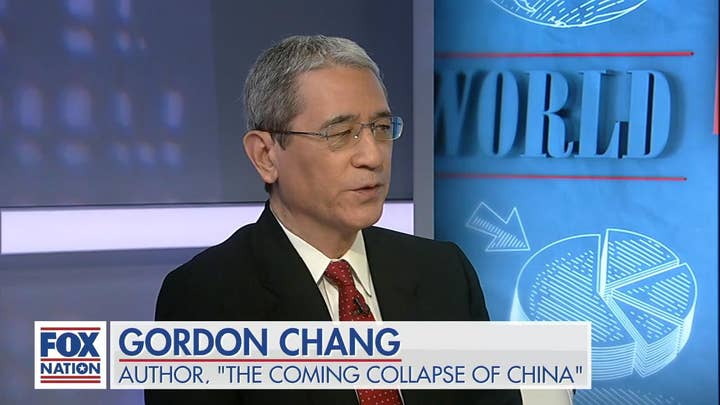 McGurn observed how some in the West were surprised by the outbreak of mass protests in the generally peaceful city.

"Your parents, or at least your grandparents, are very familiar with communism because most of Hong Kong's population are refugees from communism," McGurn said to Law. "A lot of people in the world think communism ended when the Berlin Wall came down. I think [Chinese President] Xi Jinping is reminding people communists are real. They have a different idea of power. And people, your generation are getting a real lesson in communism and what it means, right?"

Law responded: "Well, the predominant ideology of communism is definitely centralizing power. So you can see it for the past 20-something years of the one country, two systems, our freedoms are being quashed. And this is something that Hong Kong people do not want to see. And this is definitely completely violating the one country, two system promises."