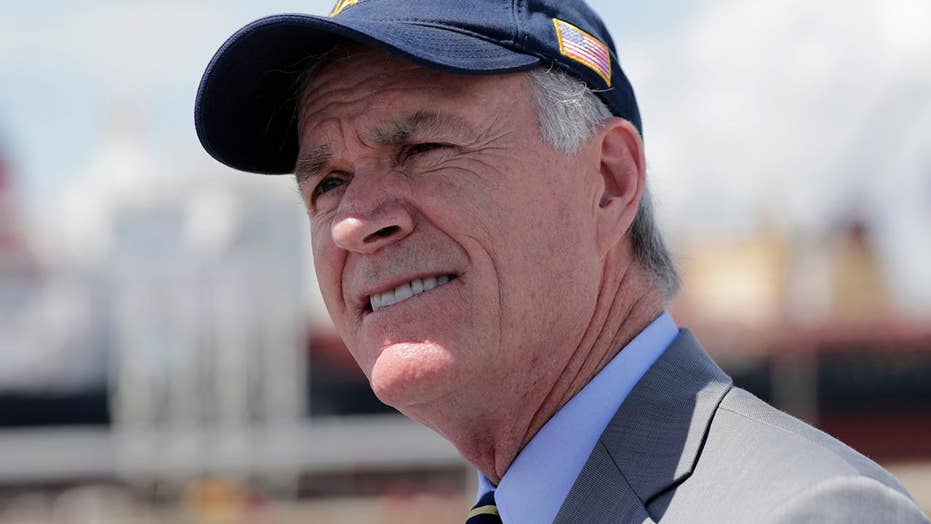 MSNBC's "AM Joy" mistakenly used a picture of white supremacist Richard Spencer during a Sunday segment, about the former secretary of the Navy who shares the same name.

Spencer was fired from his post last Sunday, after a public disagreement with President Trump over the Eddie Gallagher Navy SEAL Trident case. Spencer supported further disciplinary action against Gallagher after he was cleared of war crimes, and moved to have his Trident pin taken away. Trump stepped in and said he would prevent that from happening, which led to Spencer's removal.

"CORRECTION: Earlier on #AMJoy as we were talking about former Navy secretary Richard Spencer we mistakenly showed the wrong image of white supremacist Richard Spencer," host Joy Reid tweeted. "We are very, deeply sorry for that mistake."

Spencer spoke out about his firing on Wednesday for the first time in an op-ed for the Washington Post and wrote that Trump was out of touch with military standards and practices.

"This was a shocking and unprecedented intervention in a low-level review. It was also a reminder that the president has very little understanding of what it means to be in the military, to fight ethically or to be governed by a uniform set of rules and practices," he wrote.

Gallagher was found not guilty in July, of murder and premeditated murder but was convicted of a lesser charge of posing for a photo with an Islamic State (ISIS) fighter's corpse during a deployment to Iraq in 2017.

Spencer ended his article by claiming almost all members of the U.S. armed forces make the right decision, nearly 100 percent of the time, and shouldn't be judged by the actions of the minority.

"More importantly, Americans need to know that 99.9 percent of our uniformed members always have, always are and always will make the right decision," he wrote. "Our allies need to know that we remain a force for good, and to please bear with us as we move through this moment in time."