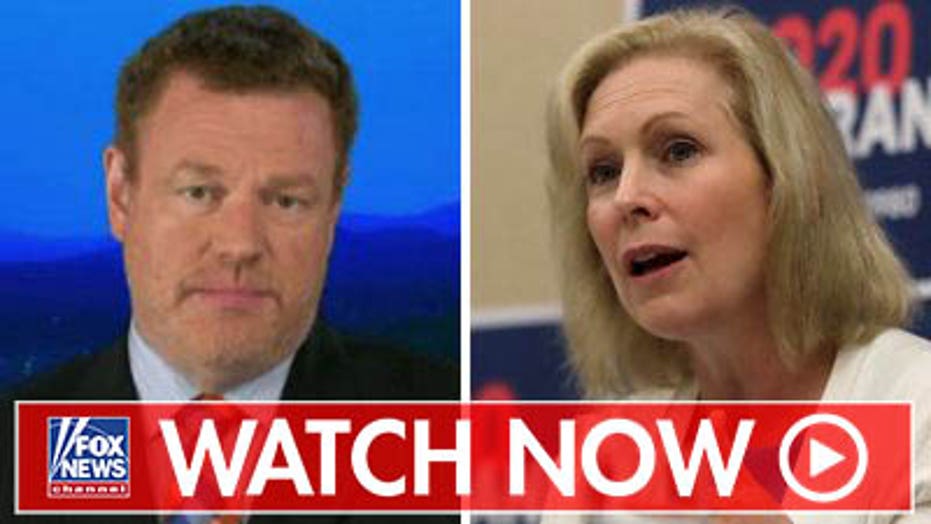 Presidential hopeful Sen. Kirsten Gillibrand, D-N.Y., recently has been preaching morality but instead should be seen as an opportunist, according to Mark Steyn.

Gillibrand was formerly a moderate Democrat while serving as a congresswoman from upstate New York before becoming the progressive 2020 candidate she is today, Steyn said Monday on "Tucker Carlson Tonight."

"I think her moral compass is actually sitting at the bottom of Lake Champlain," he said, nodding to the waterway separating New York's North Country from Vermont.

Steyn added Gillibrand used to hold, "very moderate, centrist views that she's tossed overboard along with her twirling moral compass in the last three months. So, she just comes across as a shallow opportunist."

To that effect, host Brian Kilmeade played several clips of Gillibrand saying the U.S. was "founded on some basic moral principles" and "we have a moral compass as a nation" and "our morality as a country is literally on a knife's edge."

In response, Steyn claimed Gillibrand was "not the same person she was five years ago."

"That gives her a credibility issue and makes her sound fake when she's lecturing audiences... on how they're suffering from white privilege," he added.

"This is just someone who embodies all the worst, most opportunist, most shallow aspects of American politics."