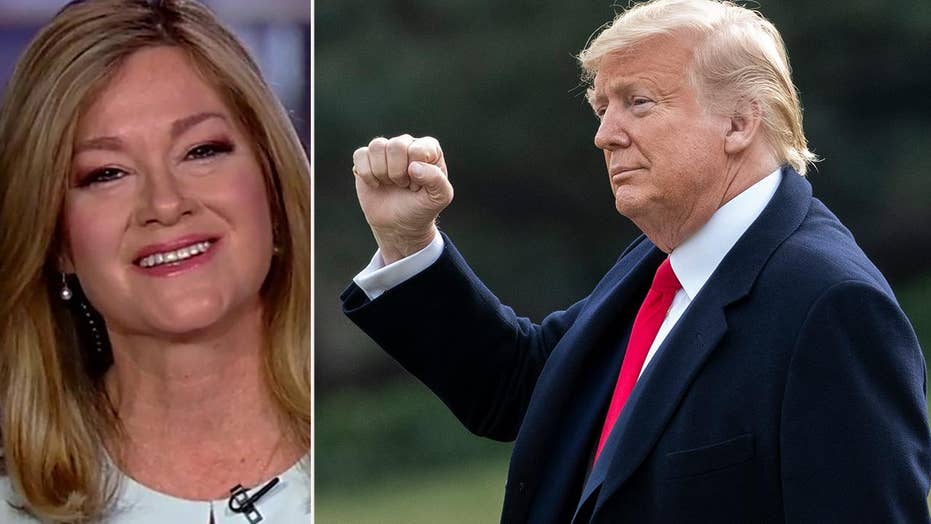 Appearing on "Fox & Friends: First" with host Heather Childers, Mancini said that the more than 100,000 marchers are "going to be delighted" to have the president with them.

"We've never had a President of the United States actually come in person to the March for Life. And so, it's going to be an amazing moment," she said. "I'm really excited for the president to have the experience because anybody who has ever come to the march has their heart even more strengthened about this issue."

Pro-life demonstrators hold signs while marching past the U.S. Supreme Court during the 46th annual March for Life in Washington, D.C., U.S., on Jan. 18, 2019. People from around the nation gathered in Washington D.C. today for the annual rally against abortion, which included a video message from President Trump and an address by Vice President Mike Pence. Photographer: Zach Gibson/Bloomberg via Getty Images

On Friday Trump will become the first president to both attend and speak at the annual march in Washington D.C. In 2018, the president became the first sitting American president to address the March for Life over a video message.

In accordance with the event, on Thursday the president's 2020 campaign told Fox News they are set to unveil a new coalition called "Pro-Life Voices for Trump" as part of its effort to drive anti-abortion voters to the polls later this year.

Additionally, earlier this week the president proclaimed January 22nd National Sanctity of Human Life Day and called on Congress to join him in "protecting and defending the dignity of every human life, including those not yet born."

"He has leaned into this more than any other pro-life president ever," she told Childers. "This is unprecedented." 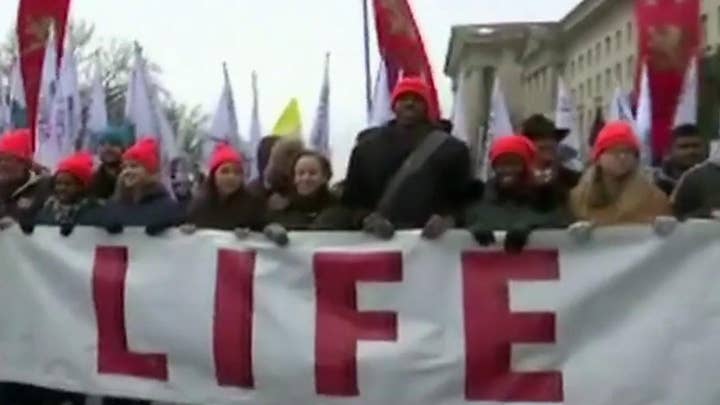 Mancini told Childers that the president has "absolutely put his money where his mouth is" on pro-life issues.

"Again, a week after their inauguration, Vice President Pence came to the March for Life in 2017 and that was a historic moment," Mancini added. "Before that, we'd only had a person at a much lower level from the White House come and attend the March for Life.

"So, just to put the administration in such a forward-leaning position on this issue has been a huge blessing and it's very exciting for the movement," she explained.

"See you later Jeanne," the president tweeted in response to the interview: