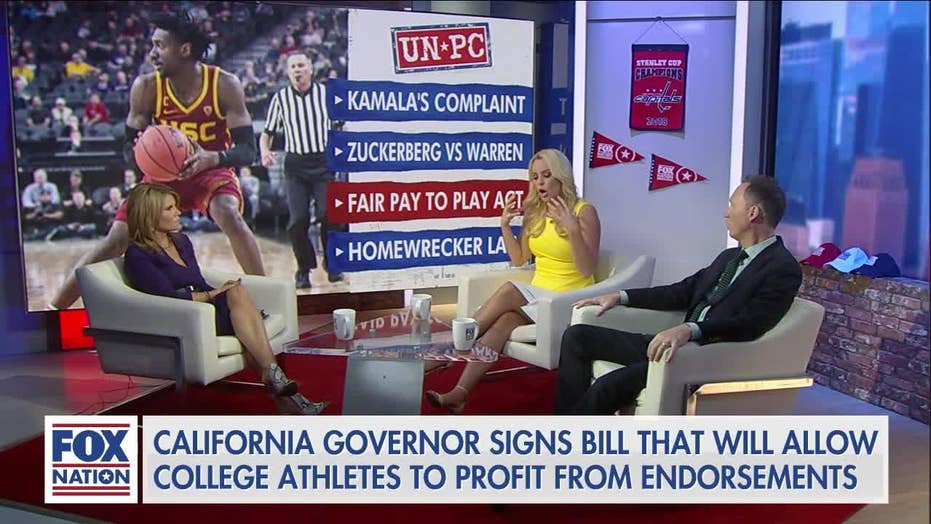 Campus Reform Editor-in-Chief Lawrence B. Jones defended a California law which protected college athletes who sought to make money off of images, names, or likenesses.

"A lot of these players are taking back control of their destiny -- there's going to be a lot of responsibility when it comes to that. They need to be in financial literacy classes, they need to be told how to manage their money," Jones said on Thursday's "Hemmer Time."

Jones pointed out that football players brought in a lot of revenue for other parts of the university. "And so when you look at it just from a fairness standpoint when you're using the players ... look I'm not saying that every player is going to be making a lot of dough."

"You're making it appear that the student-athlete is the victim. How so? You're an 18-year-old kid. You're given a free ride, scholarship, room, board, books, to a major American university. Why is that such a bad thing?" he asked before labeling the package "the golden ticket."

"I think it's silly that a scholarship shouldn't be enough but I do believe and in today's world I understand a need for opening us up for marquee players to get paid," he said.

Jones added that the athletes were "adults" and asked why they should be restricted from going to a professional league. "If they're good enough ... they should be able to go to the league but the reason they're not able to do that is because the NCAA knows it would hurt their pocketbooks," he said.

Both Jones and Max told Hemmer that college athletes were barred from entering a professional league straight out of high school.

"The way these young people are being developed today -- we know right in high school if they're going to be killers," Jones added. "We know it -- genetically, the way that they play."