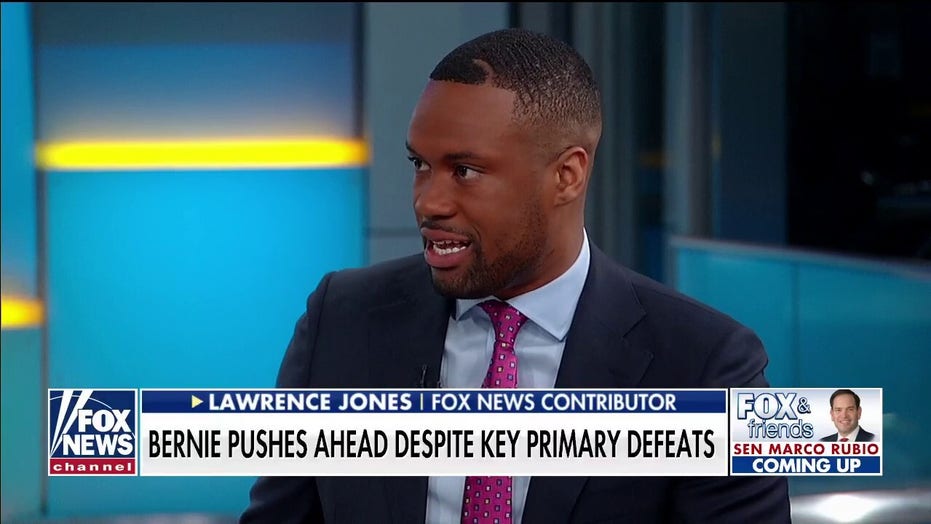 Lawrence Jones: Dems want Bernie out of the race to keep Biden from being exposed

The Democratic Party wants to keep Vermont Sen. Bernie Sanders out of the race for the 2020 presidential nomination because they fear current frontrunner and former Vice President Joe Biden's history as a politician being exposed to the American people, Fox Nation's Lawrence Jones said Thursday.

"Shouldn't Joe Biden have to face someone one-on-one before he faces President Trump?" Jones asked in an interview with "Fox & Friends" hosts Steve Doocy, Ainsley Earhardt, and Brian Kilmeade.

"I mean, look, the party should want this," he explained further. "I understand they want to unite, but the party doesn't want to expose Biden for what he is, and he is not ready to face Donald Trump.

"But," Jones continued, "if I'm Biden, I want to have this debate and face it. 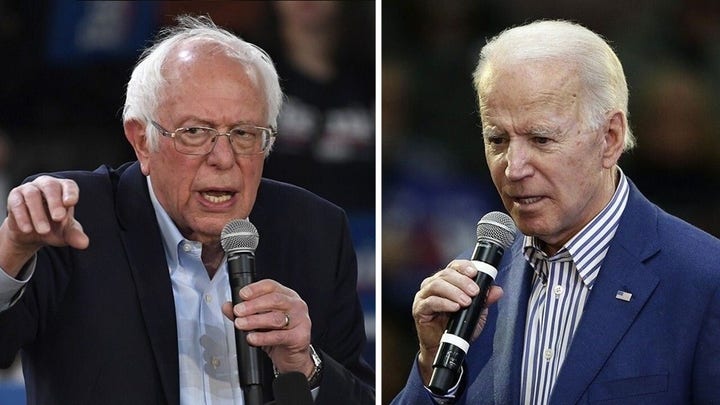 "But again," he mused, "the party is trying to force Bernie out of this race because they don't want to expose Biden for the unlikeable candidate that he is. He is not prepared. There is gaffe after gaffe. He seems like he doesn't remember things.

"And also, they realize that Bernie has a base that if you tick them off, they won't show up, and that's a loss," he remarked, referring to Sanders' coalition of "Bernie Bros."

Jones told the "Friends" couch that part of the problem with Biden is that he wanted to "have it both ways" as a progressive and a moderate -- a potential target for Sanders to hit come Sunday evening's Phoenix, Ariz. debate.

Additionally, he said that while he believes Sanders is likely to bring up some of Biden's history, he has "nothing to lose at this point."

"He's going to put it all in this debate," Jones predicted. "I have said this from the very beginning: that Bernie believes the things that he is saying."

"He does," Earhardt agreed.