"ReidOut" averaged 1.1 million viewers during the news-heavy month, a 31% decline from April of last year. She also shed 11% of viewers who tuned in last month and a staggering 51% compared to the show’s debut month of July 2020.

"ReidOut" has also lost 57% of her total audience among the advertiser-coveted demographic of adults age 25-54 since the program launched in July 2020, finishing April with a dismal demo average of only 124,000 viewers. "ReidOut" viewership during April was MSNBC’s least-watched month during the weeknight 7 p.m. hour among the critical demo since July 2015.

Reid’s may not have attracted many viewers during the month of April, but she certainly made headlines with a series of outlandish comments.

This week she suggested Elon Musk "missed" South Africa’s apartheid, in a rant against the Tesla CEO and incoming Twitter owner. Along with her guest Jason Johnson, "The ReidOut" host trashed Musk while mocking conservatives as "outsiders to the culture" who were going to miss being able to bully "smart" liberals leaving Twitter.

Reid also declared conservatives on Twitter want to be able "punch people in the face" and then laugh about it.

This week, Reid caused a stir for claiming Black children associated with retired NFL player Jack Brewer's foundation were subjected to child abuse when pictured with Florida Gov. Ron DeSantis, R., during the signing of a ban on critical race theory curriculum.

Brewer told "Tucker Carlson Tonight" Tuesday the youth pictured with the governor are "children of God" who do not deserve to be publicly attacked on national television by the left-wing commentator. He called for Reid to either apologize or potentially face a defamation suit. 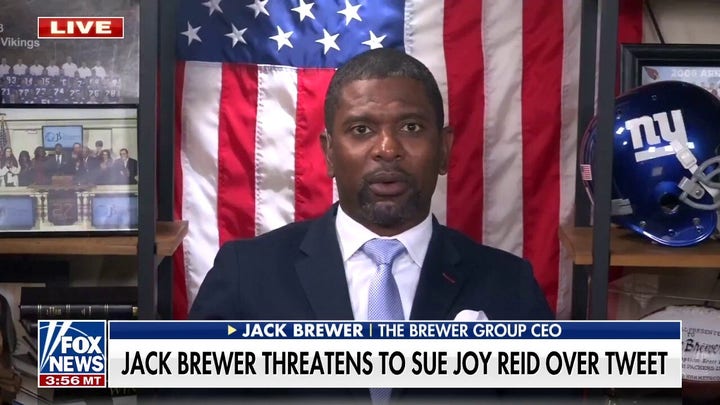 Earlier this month she suggested ending mask mandates was letting "a-holes win," and she has also posted a video on her TikTok account scolding people who continue to ask her to define what a woman is.

On April 5, she argued that Republicans are now appealing to a pro-rape and pro-child marriage base, tweeting out a thread condemning the Republican Party and asserting they are attempting to reach the "most prurient fears of white Christian parents" as their political strategy.

Reid also claimed Republicans are also "forcing women to be child-birthing slaves of the state" and are "banning" the teaching of slavery.

Reid’s history of using politically and racially charged language on MSNBC dates back to her first weekend-morning talk show "AM Joy," but her commentary has a higher profile than ever since she was promoted to weeknights in 2020. 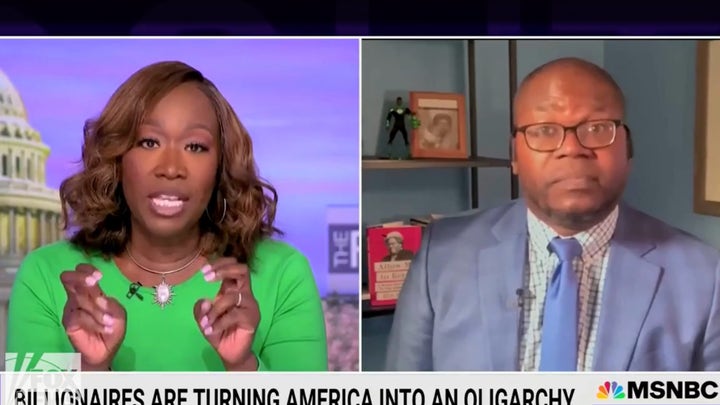 While April was her lowest-rated month yet, the headline-making comments have been occurring regularly.

In March, the MSNBC host claimed there was a "radical disparity" in how Western media was portraying suffering Ukrainians as more "human" compared to their "Browner and Blacker counterparts" embroiled in other conflicts across the globe.

During the trial of Kyle Rittenhouse, Reid said that the teen’s acquittal had a historic precedent and was rooted in the days of "slave catchers."

Reid has repeatedly referred to Texas’ abortion laws and pro-life supports as the "American Taliban," comparing them to the dystopian book and TV series "The Handmaid’s Tale." In addition, the MSNBC host suggested  school children are taught "a kind of Confederate Race Theory" due to Republican opposition to critical race theory curriculum.

In 2018, she was at the center of one of the most bizarre media scandals of the past decade, claiming that resurfaced homophobic comments on her old Florida blog, "The Reid Report," were not written by her. Instead, she blamed hackers and claimed to enlist the FBI to investigate her claim. The MSNBC host eventually admitted it was unlikely she was hacked, and said she didn’t recall making the offensive remarks, for which she apologized anyway.