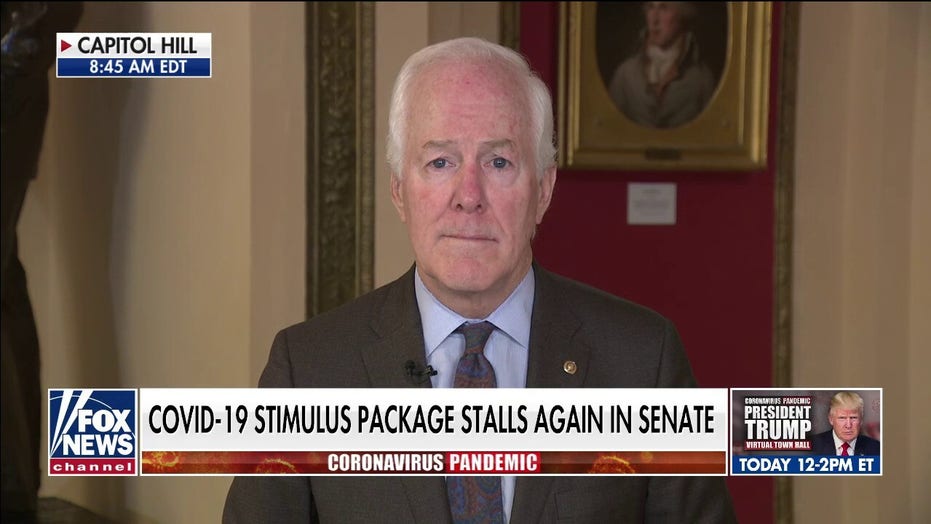 It is "shameful" for House Democrats to use leverage on a proposed coronavirus (COVID-19) stimulus bill, Texas Sen. John Cornyn stated Tuesday.

Appearing on "Fox & Friends" with hosts Steve Doocy, Ainsley Earhardt, and Brian Kilmeade, Cornyn said Democrats' stalling of a GOP-led relief package in favor of their own $2.5 trillion bill was like "shooting the tires out in the fire truck that's going to put out the fire."

"These are the people who are getting paid to show up for work and there are many people [who] -- through no fault of their own -- aren't getting paid anything and we need to get money to them to help bridge them through this crisis," he explained.

Following the Senate Democrats derailing the pursuit of a bipartisan-drafted stimulus bill, House Democrats led by Speaker Nancy Pelosi, D-Calif., were criticized for allotting expenses in their $2.5 trillion "War and Peace" sized proposal of an emergency stimulus bill that had nothing to do with the coronavirus outbreak, including $35 million meant for the John F. Kennedy Center for the Performing Arts in Washington D.C.

"This is not about the ridiculous Green New Deal. It is about putting our great workers and companies BACK TO WORK!" President Trump wrote in a series of tweets Tuesday morning. "Congress must approve the deal, without all of the nonsense, today. The longer it takes, the harder it will be to start up our economy. Our workers will be hurt!"

"Yeah, this is all about leverage," Cornyn remarked. "Unfortunately, the American people don't have time to wait on these games to get the help they need. Nor do the hospitals or the businesses that are shut through no fault of their own."

"We need to make sure that, when we get out of this health care crisis, that there are jobs there for the American people so the economy can start booming again and so the people can provide for their families," he continued further.

But, Cornyn said, Democrats are using this "must-pass" bill as a "golden opportunity" in an attempt to "extract" everything they can on their "ideological wishlist." 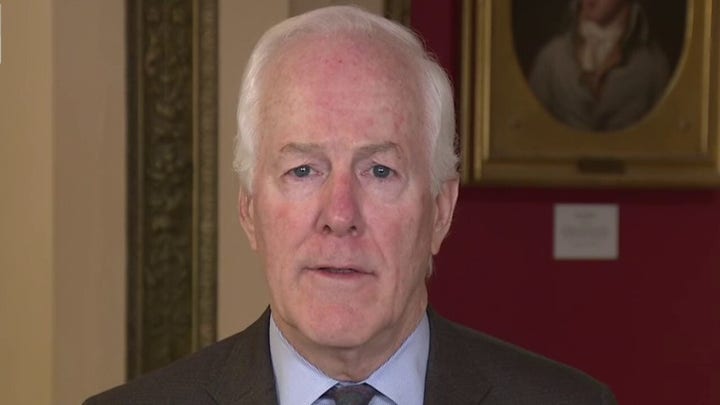 "Secretary Mnuchin is representing the president and the administration. Mitch McConnell and Kevin McCarthy are representing our side of the negotiations. The list is getting shorter. But, again, I think what Chuck Schumer and Nancy Pelosi realize is that this is a must-pass piece of legislation. We have to do this and they are extracting every last dollar they can."

"This is reckless and irresponsible," Cornyn concluded. "We need to get this done today."

Sen. Chuck Schumer, D-N.Y., told reporters early Tuesday that he expects Republicans and Democrats in the Senate to come together and vote sometime later in the day.