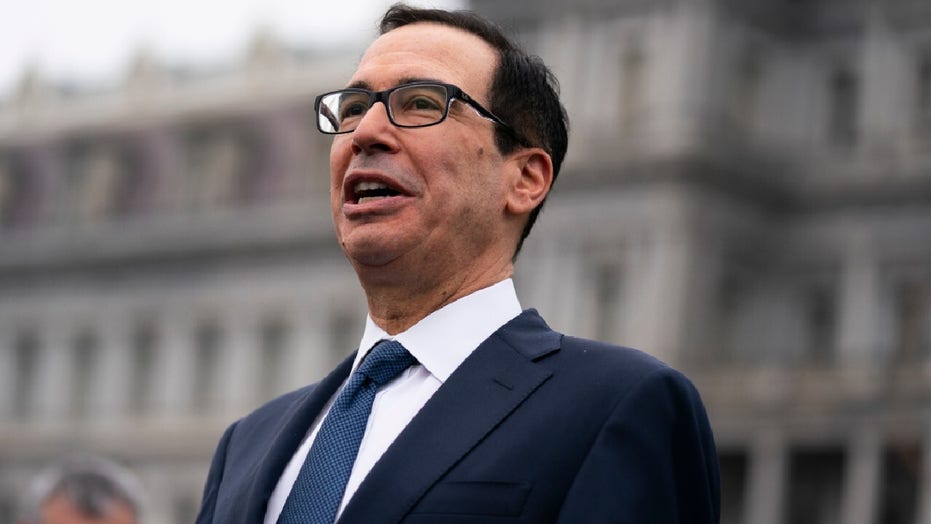 Reaction from Peter Morici, business professor at the University of Maryland and former chief economist for the U.S. International Trade Commission.

Treasury Secretary Steven Mnuchin on Monday vowed that the Trump administration and lawmakers on Capitol Hill are “going to get this done,” after a massive coronavirus response bill was blocked over the weekend.

Mnuchin, talking to reporters on Monday after meeting with Senate Minority Leader Chuck Schumer, D-N.Y., seemed confident that an agreement would be reached on the more than $1 trillion stimulus package by the end of the day.

“We knocked off a bunch of things on the list already and we’re closing out issues,” Mnuchin said.

“We’re going to get this done today,” Mnuchin continued. “Everybody is working very hard so we look forward to a big vote today.”

When asked when he expected to have a final agreement with both Senate Republicans and Democrats, Mnuchin said: “As fast as we can.”

Mnuchin’s comments come after the Senate failed to move forward on the third part of legislation that would provide economic relief to American families and businesses amid the coronavirus outbreak, as Democrats opposed the plan, and several top Republicans remained in self-quarantine.

On Sunday, Sen. Rand Paul, R-Ky., announced he had tested positive for COVID-19, sending Sens. Mike Lee, R-Utah, and Mitt Romney, R-Utah, into self-quarantine after interacting with Paul throughout the weekend.

Paul, Lee, and Romney joined Sens. Rick Scott, R-Fla., and Cory Gardner, R-Co., in self-quarantine. Scott, out of an abundance of caution, put himself in quarantine after meeting with Brazilian President Jair Bolsonaro. A member of Bolsonaro’s staff tested positive for the virus. Gardner went into self-quarantine on March 17 after interacting with a constituent who, also, later tested positive. 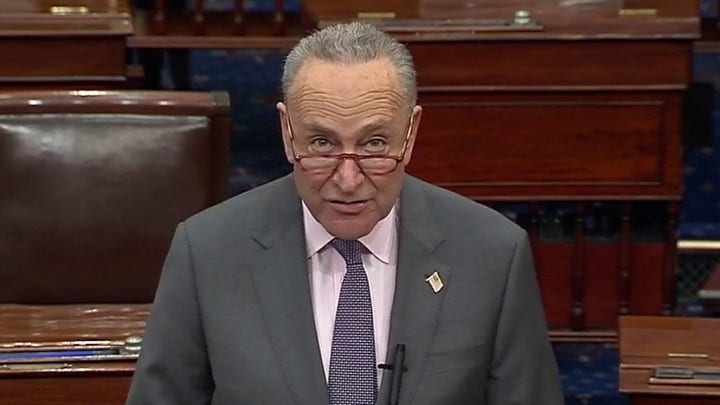 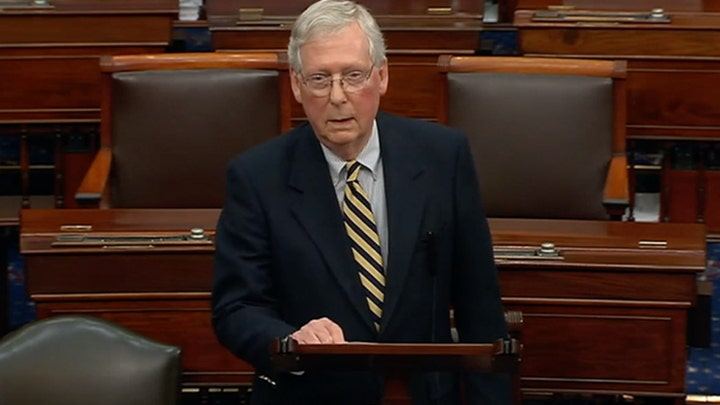 THESE US SENATORS ARE IN QUARANTINE OVER CORONAVIRUS THREAT

On Sunday, House Speaker Nancy Pelosi, D-Calif., upon returning to Washington, D.C. from recess, said there was no bipartisan agreement on the stimulus package, and said House Democrats would soon roll out their own coronavirus legislation.

"It's on the Senate side now because that's their deadline for a vote, but we'll be introducing our own bill and hopefully it'll be compatible with what they discussed on the Senate," Pelosi said Sunday.

On Monday, Mnuchin said the administration had not yet spoken with Pelosi.